The winner of MasterChef Champion of Champions has been announced, with Ping Coombes winning the prize against fellow former victors of the BBC series.

Back in 2014, Ping won MasterChef, impressing the judges with her Malaysian-inspired cuisine.

She returned for the New Year’s Eve programme to compete against other chefs who have previously won the show, including 2011 champion Tim Anderson, 2017 winner Saliha Mahmood Ahmed, 2018 victor Kenny Tutt and Irini Tzortzoglou, who won in 2019.

When it was announced that she had won the competition for a second time, Ping said the achievement was a ‘dream’.

‘Being back in the MasterChef kitchen brings back so many good memories and it makes me feel alive,’ the 40-year-old said.

‘Everything is the same as it was and it’s all happening again. I am so relieved. You are putting yourself out there again, open to criticism, so to get those comments was out of this world. 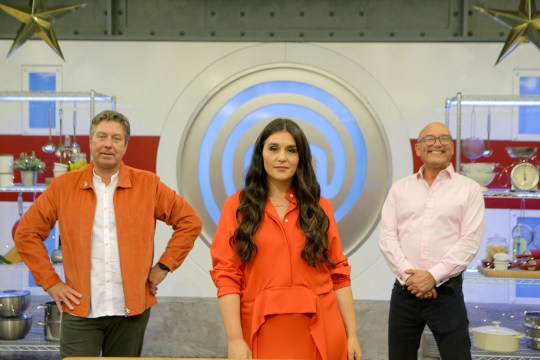 ‘I can’t really believe it all… it’s like a dream. I’m really, really happy.’

One of tonight’s challenges saw Ping make Malaysian claypot chicken and her version of an ais kacang, which featured shards of rose-flavoured meringue and salted sweetcorn mousse.

Judge Gregg Wallace described the dessert as ‘absolutely delicious, while his co-star John Torode, said: ‘You see two sides of Ping in her food – the first is the very serious, very technical side, the other is the fun one. Her food today was delicious, no two ways about it.’

Several viewers celebrated Ping’s win, remembering the impression she made during her 2014 run on the series.

‘What a standard of cooking, for me as she did in 2014 Ping Coombes has blown the field away. Amazing,’ one person tweeted.

‘Loved @MasterChefUK champion of champions. Great competition and a brilliant win for Ping! #masterchef,’ another wrote.

Someone else said that while it was a ‘hard choice’ to pick a winner, they were ‘delighted’ for the winner.

For their first challenge, the returning champions were tasked with creating a comforting dish from their memory, while in the second, they had two hours and 15 minutes to serve their best two courses.

After winning MasterChef seven years ago, Ping wrote a cookbook and appeared in John Torode’s Malaysian Adventure in 2016.

MasterChef Champion of Champions is available to watch on BBC iPlayer.