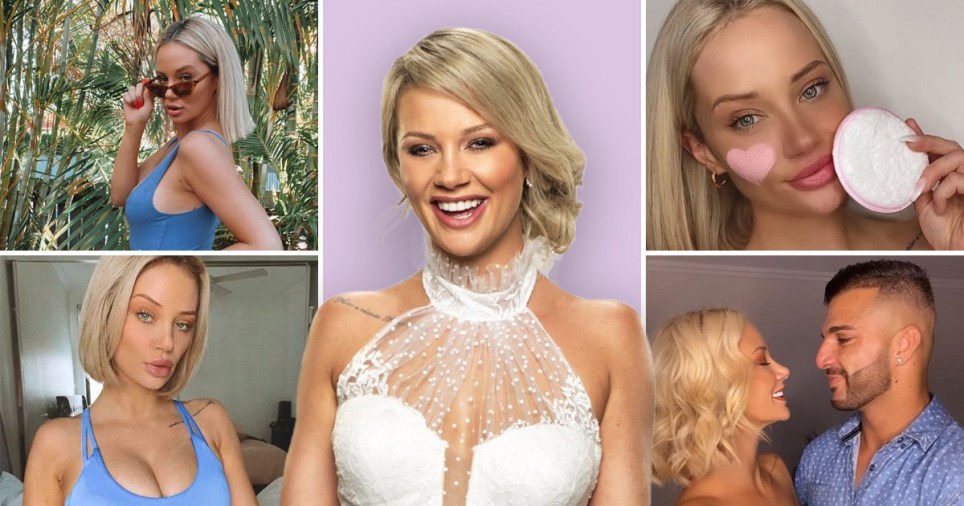 Married At First Sight Australia: Everything you need to know about Jessika Power following the show (Picture: Nine)

Married At First Sight Australia has become a real obsession for UK fans during lockdown, with season six introducing us to Jessika Power as it played out on E4.

Jess was arguably one of the show’s most controversial characters who had us hooked night in and night out, thanks to her no-nonsense attitude, her steamy affair with now ex-boyfriend Dan Webb and her fiery feuds with her co-stars (looking at you Mike Gunner and Cyrell Paule).

Her season of MAFS Australia was filmed in 2018 and originally aired down under in 2019, so while we have only just got acquainted with Jess, a lot has changed for her in the last three years.

From her job, to who she’s now dating and her chic new look, here’s everything Jess has been up to since the experiment.

Who is Jessika Power dating?

Fans saw Jess tie the knot with Mick Gould in MAFS and we could probably have guessed that things were unlikely to work out, as the couple instantly got off on the wrong foot after the bridesmaids were seen slamming Mick and he ended up insulting Jess’ family. 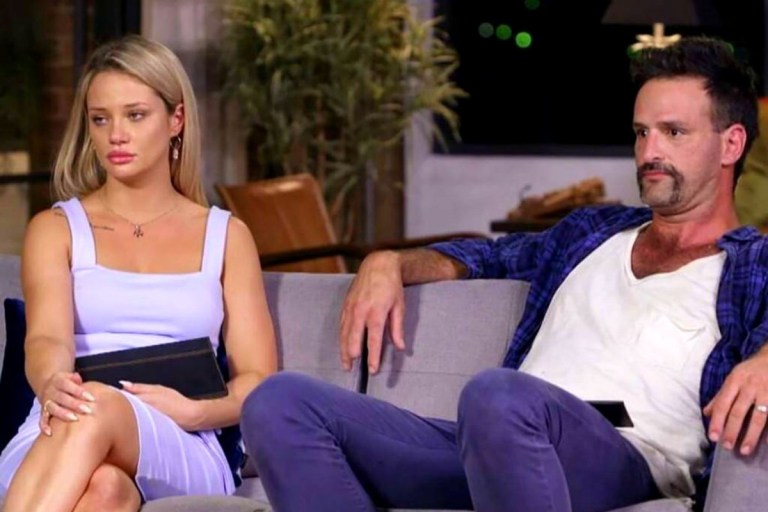 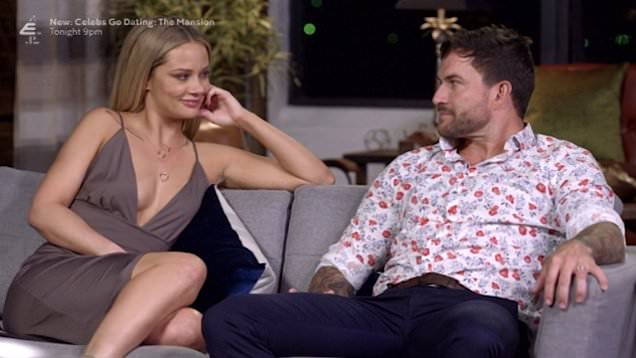 Jess revealed that Mick wasn’t her usual type, although she did find him ‘hilarious’ – but their banter wasn’t enough to get them through the experiment and she soon set her sights on latecomer Dan.

After hitting it off, plenty of secret dates and sneaking off at dinner parties together, Jess and Dan finally came clean about their affair and asked the experts to stay in the experiment as a new couple.

Things were looking good as they vowed to commit to one another during the final ceremony, but their relationship took a nose dive when their season of MAFS began airing in Australia in 2019.

Dan ended up dumping Jess live on TV over scenes that aired on MAFS that seemed to show Jess hitting on Nic Jovanovic. 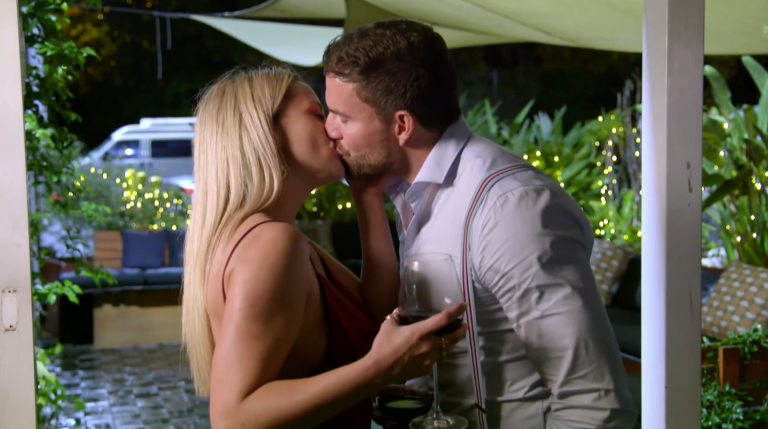 Her split from Dan hit Jess hard and drove her to her ‘lowest point’ (Picture: E4)

Her split with Dan hit Jess hard and she says it drove her to her ‘lowest point’, where she struggled with a Xanax addiction.

‘I was at a really low point, I actually got a really bad Xanax addiction. I was drinking a bottle or two of white wine a day on Xanax. It was really bad.’

Jess said: ‘I’ve been through a lot in my life, a lot of bad things. Honestly that was the hardest time I’ve ever been through, and the one time I couldn’t bring myself out of it. It was pretty scary.’

Following the pair’s break up, Jess was linked to Love Island Australia star Eden Dally – who is now in a relationship with Cyrell and they share son Boston – but Jess denied they were ever involved.

She later found love with landscaper James Brown during the coronavirus lockdown last year, but their relationship only lasted four months and Jess confirmed the pair had decided to go their separate ways in July 2020.

Jess is now dating boyfriend Filip Poznanovic, after meeting him through her brother Rhyce Power.

She went public with her relationship with Filip in January and has said she hopes he is ‘the one’ for her when it comes to settling down.

‘He’s best friends with my brother and I’ve known him for a little while now. We just sort of met through my brother and our relationship grew with how we spoke to each other,’ Jess told 9 Now.

‘I’m 29 and I’m not getting younger. I’ve always wanted to have a family and somebody that loves me and that I can come home to every day and know that they’re my person and I’m theirs, and that we’ve got each other’s’ backs, and that’s hopefully him.’

What does Jessika Power work as?

Prior to trying her hand at reality TV, Jess worked as an administration officer, but since finding fame, she’s ditched her office job and regular 9-5 to make something of herself on social media.

Speaking exclusively to Metro.co.uk, Jess revealed that most of MAFS Australia’s stars actually lost money while taking part in the experiment, as they weren’t allowed to work until after they’d left the show.

While the couples do get paid during filming, Jess is definitely making up for any losses now by bringing in the dollar as a fully fledged influencer.

She is often seen teaming up with brands for sponsored posts (#ad), with her latest seeing her rep a booby mask – yes, you read that right, a beauty mask to detoxify your breasts.

Skincare seems to be a go-to for Jess, with the Aussie star promoting everything from vibrators to laser hair removal and gym wear too.

MAFS seems to have thrown a slew of opportunities her way, as Jess is also signed to Australian modelling agency, NEON Model Management, who have agencies in Queensland, Melbourne, Brisbane and Sydney and Bali.

Has Jessika Power changed her look since MAFS Australia?

For UK fans, Jess might look a little different these days after ditching her long blonde locks for a super chic blunt bob.

British viewers of the series down under have only just caught up with all the shenanigans from season 6, with filming originally taking place three years ago.

Since then, it seems like Jess indulged in the old classic of ‘new me, new hair’, as she chopped all that drama and her failed romances from the show right out of her tresses.

Before that, though, there was a slight period of time that she decided to dye her hair pink and, honestly, we kinda dig it.

As well as her gorgeous shorter ‘do, Jess has revealed that since appearing on TV she’s spent a huge £30,000 on cosmetic work.

Left embarrassed by the look of her lips onscreen, Jess decided to get the filler in her lips dissolved last year, before having them re-done.

She’s also had veneers, fillers in her face – including her cheeks and around her smile lines – Botox in her forehead and jaw, and a boob job that steered clear of silicone implants and instead injected fat from Jess’ thighs into her breasts.

‘I can’t stop and think I’m addicted,’ she told The Sun. ‘Watching the show back my lips were horrendous and I can’t believe I went on TV looking like that.’

Jess said that while she’s indulged in subtle tweaks, she would never completely change how she looks, as she added she’s hoping to invest in a Brazilian bum lift next.

‘I haven’t changed how I look because of the public response and trolling, but it has made me more self-conscious,’ she admitted, before revealing: ‘I’m going to get a BBL next.’

Who is Jessika Power still friends with from Married At First Sight Australia?

While some of the stars from Jess’ season of MAFS have stayed good pals – Heidi Latcham was a real-life bridesmaid for Jules Robinson when she and Cam Merchant officially tied the knot – others completely cut contact and some friendships fizzled out, most notably Jess’ friendship with Martha Kalifatidis.

Jess and Martha were BFFs during filming and always had each other’s backs, with Martha throwing her support behind Jess’ decision to pursue Dan behind Mick’s back and defending her when the criticism came in thick and fast.

The girls, however, fell out in 2019 while at an after-party for an awards ceremony in Australia. Kim Kardashian lookalike Martha accused Jess and fellow co-star Ines Basic of ‘ignoring’ her and called them out for being ‘childish’.

Martha’s insisted there’s no animosity or ‘bad blood’ between the pair, but Jess seems to think differently and called out Martha for speaking about her on her YouTube channel and slammed her for being ‘fake’.

Jess and Ines still seem to be pals, though, and are often seen hanging out together on Instagram and in a plot twist we’re guessing pretty much no-one saw coming, Jess ventured on holiday with Tamara Joy to Bali following MAFS Australia wrapping on TV.

Yep, the Tamara who said she felt so ‘betrayed’ by Jess and Dan when their secret romance was uncovered on the show. Maybe that’s well and truly now all water under the bridge…

Married At First Sight Australia is available to stream via All 4.