Married At First Sight UK has been bringing the drama! (Picture: Channel 4)

Relationships have been put under the microscope by fellow brides and grooms at weekly dinner parties, as well as by the experts, at recurring commitment ceremonies, where couples choose whether they want to stay in or leave the process.

And the series has already brought buckets of matrimonial mayhem, with one groom at the centre of an explosive row and another getting cosy with a different bride.

After the nuptials are over, each couple’s love is well and truly put to the test, as they embark on a luxurious honeymoon, before moving in with each other and their fellow newlyweds.

All this will lead to a dramatic series finale, where each couple must decide if they will recommit to their partner or go their separate ways.

But who has tied the knot this year? Meet the couples of 2022…

All the Married At First Sight UK couples so far 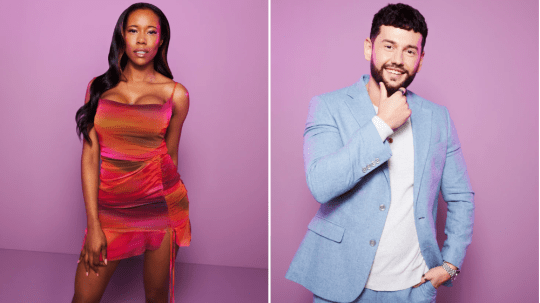 Whitney was less than impressed with her new groom (Pictures: Channel 4)

Episode 1 of Married At First Sight UK kicked off to an awkward start as Whitney and Duka tied the knot.

Whitney Hughes, a PA from St Albans, admitted she had high expectations for her partner as the grooms and brides met for the first time.

She detailed physical qualities she was looking for in a partner including being muscular and having a full beard.

And when she was partnered with Duka Cav, a recruitment HR coordinator from Birmingham, and upon seeing him at the altar, looked less than impressed.

She told Duka: ‘I’m in between maybe saying the vows, or maybe, just like, run’, before going on to say ‘this is the worst thing I’ve ever done in my f**king life.’

Her comments did not impress Duka’s family, but he’s determined to make their marriage work.

However, the couple has continued to be on rocky footing with the pair butting heads as Whitney lost her wedding ring on their honeymoon, before storming out of the first commitment ceremony in tears. 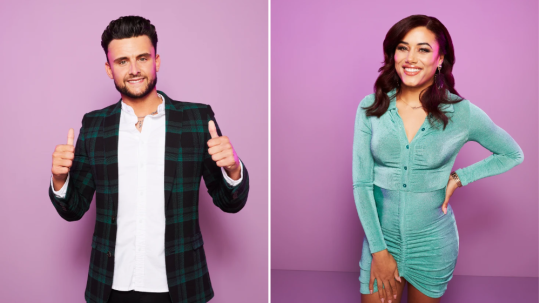 The first episode of the new series also saw Jordan and Chanita meet for the first time before saying ‘I do’.

Account manager Jordan Emmett-Connelly, got hitched to Chanita, a 29-year-old social worker from Derby, in an emotional wedding that was the focal point of the episode.

Expert Paul C Brunson said before the wedding: ‘Chanita and Jordan are such a good match, two people coming from similar backgrounds.

‘Chanita, her mum had her when she was 16 and Jordan also comes from a single-parent household and they’ve learned from that to make them the people they are today.’

Sparks have continued to fly between the pair, with one scene leaving viewers in hysterics as Jordan tried to keep his cool during a steamy massage with his new wife.

‘I’m just trying to be mindful of me getting too excited,’ he said to the camera. 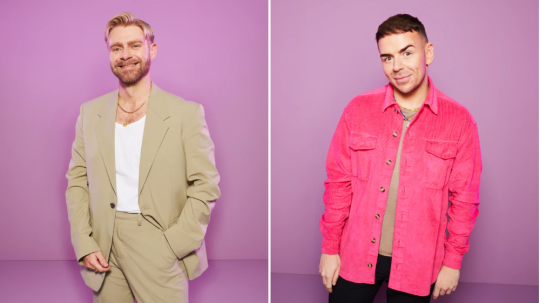 The two grooms seemed to butt heads on their big day (Pictures: Channel 4)

The second episode of the series saw Adrian and Thomas get hitched.

Though their nuptials went off without any issues, groom Thomas Hartley, a 31-year-old mental health care assistant from Liverpool was bombarded with questions by a friend of Adrian’s.

‘You are not my husband. You are insignificant,’ he raged at the camera following the interaction.

He also revealed he has never dated a blonde before, which is exactly what Adrian Sanderson, a 37-year-old digital designer from Manchester, is.

The pair butted heads on their honeymoon with various fiery bust-ups, one in which Thomas stormed away from the confrontation.

He has since hinted at a potential split from his beau, branding Adrian ‘Aldi Sam Ryder’ in a video posted to his Instagram stories. 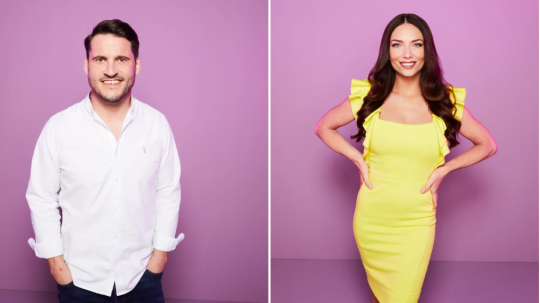 April was shocked by a revelation from George on their wedding day (Pictures: Channel 4)

April got more than she bargained for as we see a teaser of her wedding to George in the second episode of MAFS.

April Banbury, a 32-year-old dress designer from London, was taken aback when her new beau George revealed he had four children.

George, 40, a financial advisor for Worcester, also seemed surprised when he saw his bride walking down the aisle, claiming she was ‘stunning’.

The shocking revelations continued during their honeymoon as George accused April of cheating on him during the break.

While away on their romantic trip, April had actually kissed someone else in the hot tub but later explained it away as a ‘dare’.

The incident has also caused friction back home, with April breaking down in tears during the first commitment ceremony. 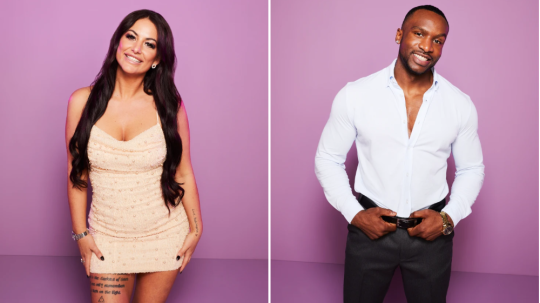 It seemed like a match made in heaven when dental hygienist Jess Potter, 31, was put together with Pjay Finch, 31, as they both shared a love for Harry Potter – with Jess sporting a gigantic tattoo for the franchise.

However, when Jess found out her new husband was a stripper with Dreamboys, she was not best pleased.

She stormed off after saying she wanted to ‘go home’ upon the revelation and threatened not to go on her honeymoon, with her mum escalating the situation further by criticizing the groom further on his profession.

He has since gone on to say he will quit stripping to work on his marriage – but will it be enough?

On the last night of their honeymoon, things took an emotional turn as Jess opened up to her husband about catching her last partner cheating on her with a family member.

The couple have since left the show, with Jess saying she has no physical attraction towards her groom. 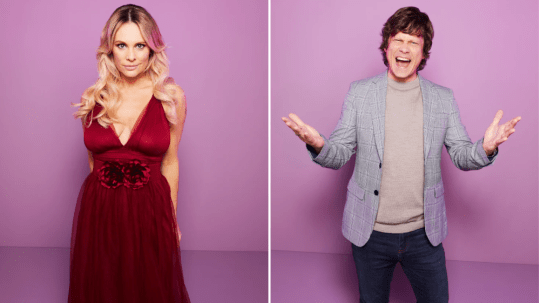 Lara and Richie seemed to get off to a rocky start with the bride discovering some ‘red flags’ about her groom.

Richie, a 51-year-old sales advisor from Sheffield, set off alarm bells for Lara, 49, a waitress from Nottingham, after revealing he had never been in love.

‘It’s worrying to be at our age and never to have a serious relationship or felt in love,’ she said during a confessional.

Her worries deepened after it was revealed he also still lived at home with his parents.

However, Lara wasn’t the only party left with doubts after Richie revealed he felt shocked by the revelation that Lara has two sons.

Lara and Richie have also left the show with Lara saying Richie is just not the guy for her.

The news left Richie ‘gutted’ as he thought Lara could have been ‘the one’. 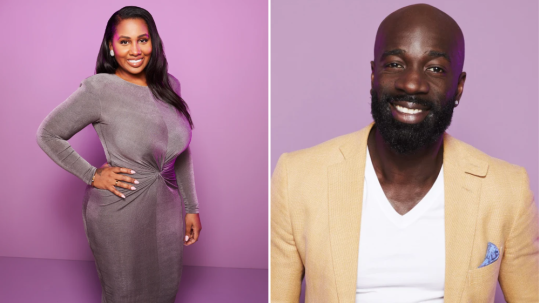 Business consultant Kwame, 42, and Kasia, 36, a businesswoman, both from London tied the knot during an opulent ceremony in a stately home.

However, it wasn’t all happily-ever-after as fans slammed Kwame for making ‘fatphobic’ comments when he shared his uncertainty about the marriage, saying he ‘more often than not goes for someone more petite.’

Problems continued after the wedding, with Kwame not bonding with his new in-laws, and continuing to cast doubt on the match, saying Kasia wasn’t ‘everything’ he was looking for.

Despite the trouble brewing, Kasia remained optimistic about their chances, telling Kwame she was ‘looking forward to spending the night with you.’

Kwame, however, responded: ‘Having sex and getting intimate can cloud your judgment. I think it is an important thing to understand that we are not here for foolishness, we are here for realness.’

Leaving fans in hysterics, Kasia broke the fourth wall and stared at the camera in shock following the encounter. 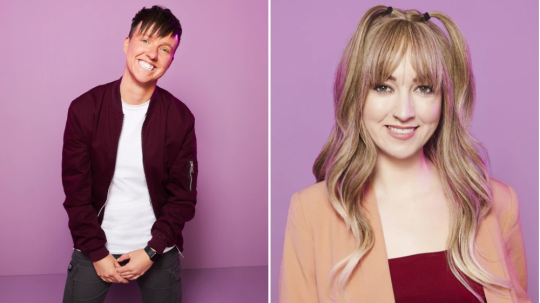 There wasn’t a dry eye in the house when Zoe Clifton, 30, a quantity surveyor for the West Midlands, laid eyes on her bride, Jenna Robinson, 32, a zero waste shop owner from Blackpool.

It was first revealed at the beginning of the series that bride Jenna would be marrying a woman, while her soon-to-be bride, Zoe, enjoyed her stag do with the fellow grooms.

They hugged and complimented each other upon first meeting, with loved ones breathing a sigh of relief.

Not long after coming face to face for the first time at the altar, Jenna explained to her new wife that she has suffered from autoimmune disorder alopecia ever since a triggering car accident.

‘I’ve got a little something that hasn’t been mentioned today that I was hoping would come up in conversation,’ she began.

‘I’ve got alopecia, so I wear a wig. I suffered with it since I was 12, I got knocked down by a car and the trauma made my hair start falling out.’

Reflecting on Jenna’s admission, Zoe said: ‘Obviously I don’t give a s**t. I don’t care.

‘I know that I’m initially attracted to her. I think they’ve matched me with the perfect stranger.’

It hasn’t always been plain sailing for the lovebirds, however, with a heated argument over veganism threatening to tear the couple apart for good. 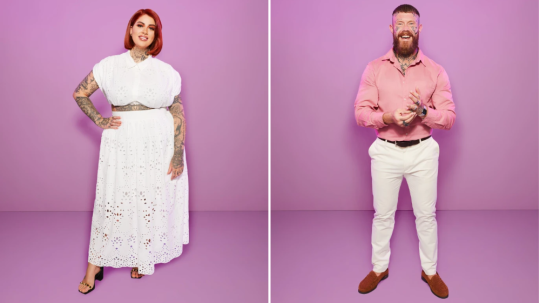 Gemma and Matt were among four latecomers to the series.

Sharing a love of tattoos, Gemma, a 30-year-old hair salon owner from Devon, instantly fell for her Huddersfield-based groom, saying he was ‘above and beyond everything I was hoping for.’

The feeling was reciprocated with Matt, 32, a barber shop owner, declaring they ‘looked like they belonged together’, adding he was bowled over by Gemma’s ‘beautiful smile and face.’

The pair got off to a rocky start however when Matt said that she needed to ‘tone down’ her affections during their wedding day.

They have since been embroiled in a number of explosive rows both on their honeymoon and back home, with Matt bizarrely accusing Gemma of pleasuring herself during a date the pair went on. 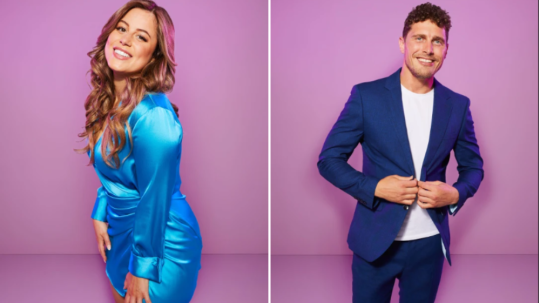 Sophie Brown and Jonathan Wileman were the second couple that joined the series in a second round of contestants.

Trouble started brewing for the new couple shortly after their nuptials when they appear to clash over food preferences.

Sophie, 26, from Manchester, also left viewers angry due to her reaction when Jonathan, 32, from Selby, revealed his job.

The bride, who works in tech, was noticeably put off when her groom said he was a carpenter.

Jonathan later tells the camera: ‘I’d probably say she was more of a Waitrose or M&S, and I’m more of a Morrisons sort of guy, so hopefully we can come to some sort of compromise on that.’

The tables have since been reversed and Jonathan has been criticized by fans of the show after saying he doesn’t find his wife attractive.

Speaking to the other husbands during the retreat, he shared his belief that a spark is missing between him and Sophie, despite the pair previously telling the group they had slept together.

‘Sometimes you meet someone, and you want to rip her clothes off,’ he said. ‘That intensity… it’s just a feeling you have between each other. Not necessarily just you, but it’s reciprocated and it’s there,’ he admitted.