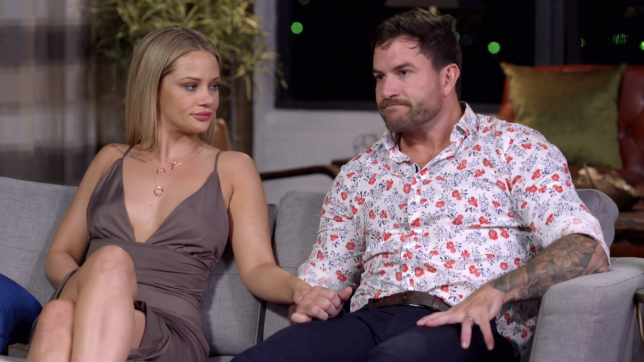 Viewers have seen the pair getting ever closer behind the backs of their respective partners Tamara Joy and Mick Gould.

In Wednesday night’s episode Jess and Dan dropped the bombshell that they had fallen for each other.

Mick and Tamara both broke down in tears with Tamara having to leave the room to compose herself.

A furious Mick, who said he had wanted to leave the marriage, called Jess a ‘spoilt bitch’ in tense scenes.

Thing were made worse when Jess and Dan, who kissed at the dinner party previously, asked the experts if they could stay on in the experiment as a couple to see if they could make it work. 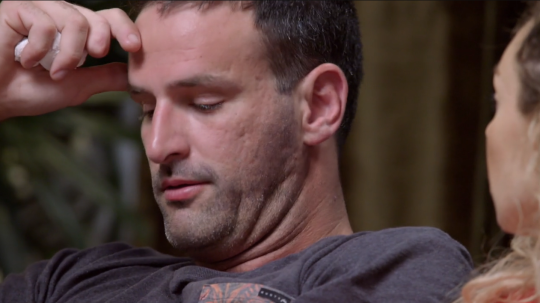 Mick was crushed at the news (Picture: E4) 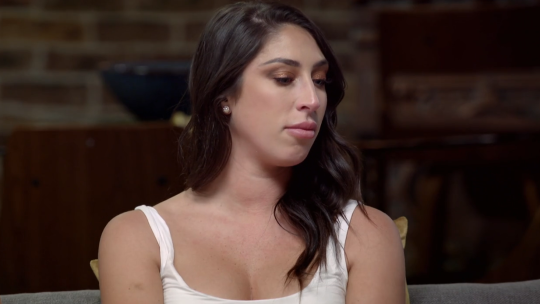 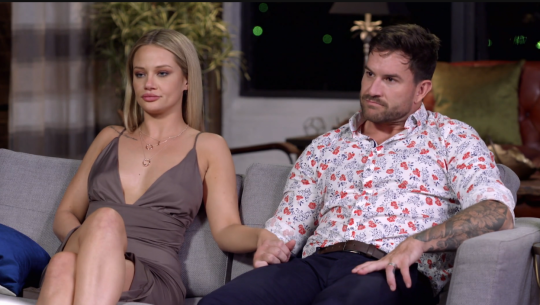 The couple have been getting closer behind the backs of their respective spouses (Picture: E4)

This was met with outrage by the other couples who felt it would be unfair.

However the experts thought different and after talking among themselves they allowed Jess and Dan to stay on, giving them a week to see where their relationship goes.

Fans were as shocked as everyone else and blasted the decision on Twitter.

The whole process of the show Is finished, now every year there will be a couple asking to recouple and in reality will never give the person they’re married to a chance because what’s the point when you can swap. The show is offically ruined. #MarriedatfirstsightAustralia

Experts have made a mistake. Why should anyone watch the show in the future when it’s not ‘Married At First Sight’ anymore? We didn’t turn on our tv’s for ‘Married A Month After Meeting’ #MarriedatfirstsightAustralia

This has got ridiculous! Actually fuming after this episode. Have the experts forgotten this is about marriage?!Names in the title! Do Jess and Dan think itâs not possible to start a relationship outside in the real world? Stay in a hotel perhaps?! #marriedatfirstsightaustralia

The next episode will follow the couples as they go on one last romantic date – with Jess and Dan spending time together on a flashy boat – before making the choice to either stay together or go their separate ways.

Married At First Sight Australia is available to stream on All 4.