*Warning: This article contains spoilers from the latest episode of NCIS season 19.

We knew it was coming but that didn’t make Mark Harmon’s exit from NCIS any easier as Special Agent Leroy Jethro Gibbs opted out of a future in law enforcement.

In the latest episode from season 19, titled Great Wide Open, Gibbs and Agent Timothy McGee (Sean Murray) were solving a case involving a contract killer hired by a local company out in Alaska.

At the end of the instalment, Gibbs confirmed he’s be staying out in Alaska for the foreseeable future.

Admitting he had no idea what he was looking for in Alaska, he said: ‘I don’t know. My gut’s telling me I’ll know when I find it.’ 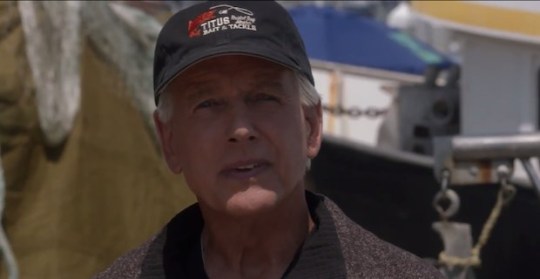 Gibbs bowed out of NCIS after 18 seasons (Picture: CBS)

In an emotional farewell, Gibbs told his partner he couldn’t have hoped for anyone better to ‘watch his back’ for the last 18 years.

In a statement, NCIS producer Steve Binder praised Mark for being an ‘integral part of the fabric of the show’.

‘Our north star has always been staying true to our characters, and that truth has always guided the stories we tell and where those characters go,’ he said in a statement.

‘So regarding the future of Gibbs, as long-time fans of the show may have noticed over the years…never count Leroy Jethro Gibbs out.’

CBS president Kelly Kahl also teased there’s a good chance Gibbs will be back on screen in some shape or form one day.

‘In terms of his on-air appearances, we’re just going to have to see how it plays out going forward.’

NCIS season 19 continues Mondays on CBS in the US. A UK release date is yet to be confirmed.