Margot Robbie living all of our best lives as Barbie (Picture: TheImageDirect.com/Warner Bros)

Barbie fans, we have been treated to another look at Margot Robbie as the iconic doll in the first pictures of her from the set of the hotly anticipated live-action film.

The 31-year-old Harley Quinn star was spotted filming in costume in Los Angeles on Tuesday, and her outfit was very much in keeping with everything people would hope for.

Rocking hot pink from head to toe, Margot was seen exiting her trailer with an iced coffee in hand.

Negotiating the steps in white and gold heeled boots, the actress’ latest Barbie outfit was a matching pair of star-print flares and halter-neck waistcoat in Barbie’s favourite colour.

Margot was also sporting immaculate long blonde waves and at one point clutched a pink knitted bag too.

Be still our beating nineties hearts! 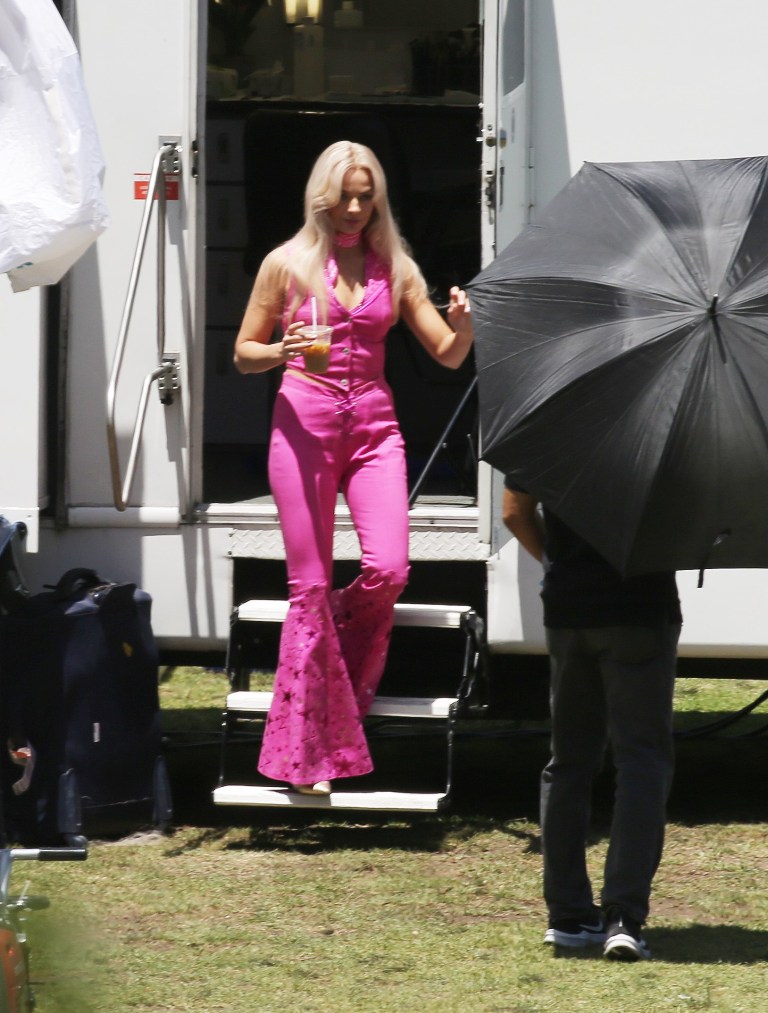 The actress was sporting a hot pink outfit, meeting all expectations (Picture: TheImageDirect.com) 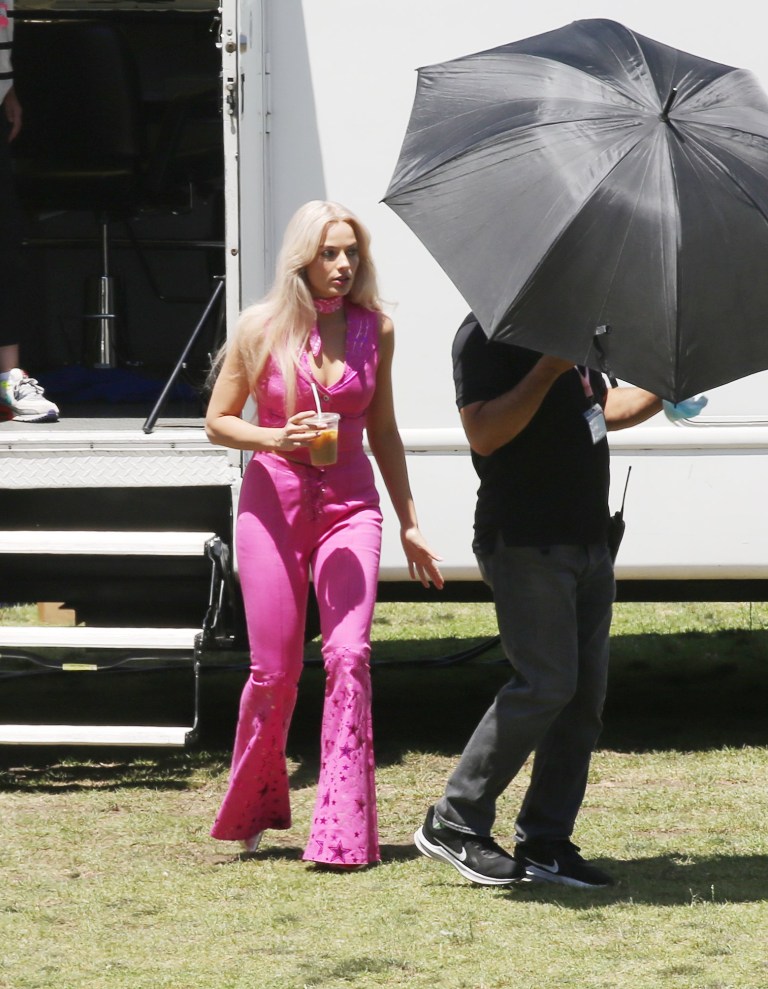 It’s the first time she’s been seen in costume on set as the iconic Mattel doll (Picture: TheImageDirect.com) 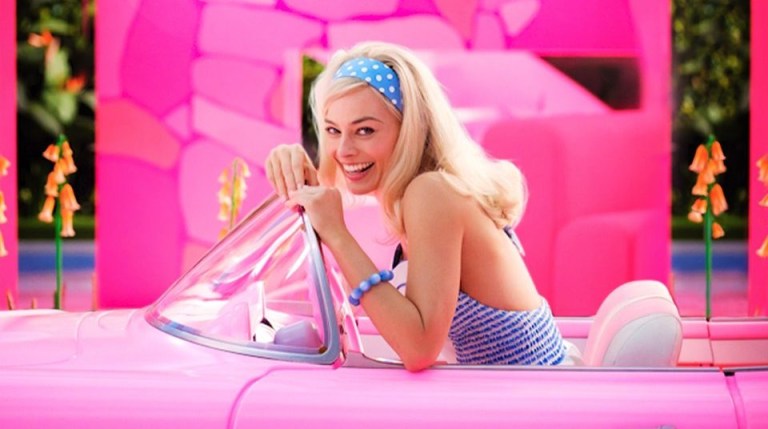 Our first peek ever at Margot saw her behind the wheel of Barbie’s famous car (Picture: Warner Bros Pictures)

In April we got our first glimpse of Margot as the titular Barbie, posing in her classic pink sports car in a baby blue outfit for a publicity shot ahead of the film’s release next year.

This latest look comes shortly after her co-star Ryan Gosling near broke the internet in his Ken get-up.

Posing by Barbie’s instantly recognisable Dream House, the La La Land actor’s hair was a silver-blonde colour and styled in a way that was very Ken as he rocked a bare chest and bold double denim look.

The overall aesthetic was of course complemented by the star’s proper Ken-doll abs, as well as underwear poking out his waistband, bearing the doll’s name. 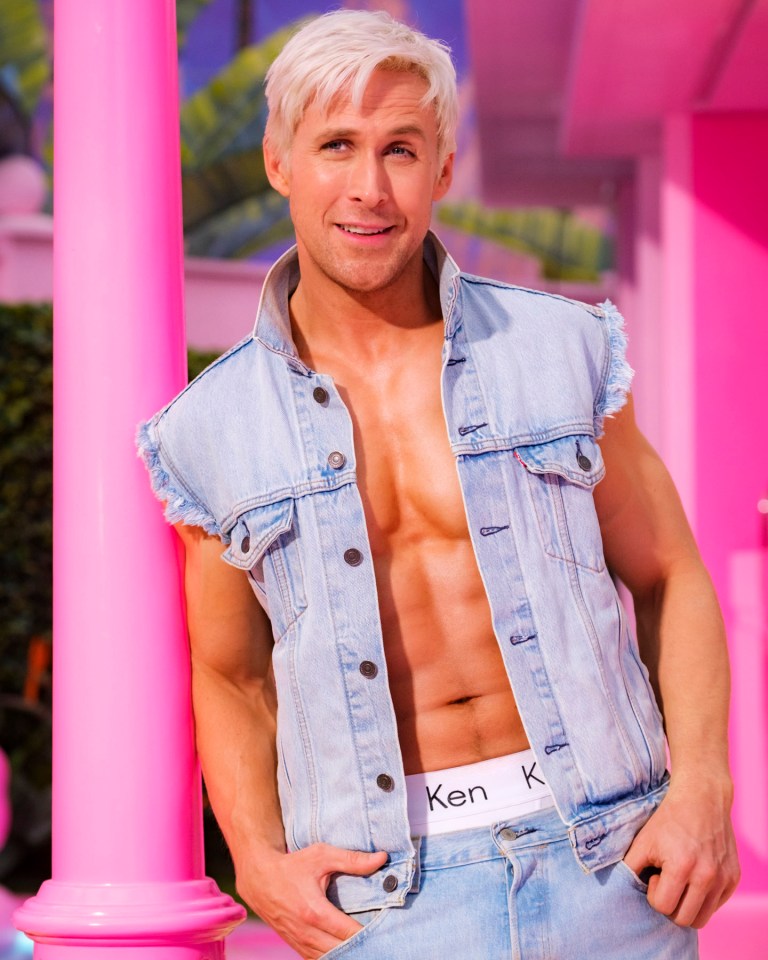 Ryan’s real-life partner Eva Mendes even joined in with the madness online as she shared her ‘excitement’ over seeing him in the role and quipped: ‘That’s my Ken.’

The girlfriend-boyfriend duo are not the only stars lending their talents to the new take on the iconic doll, however, with Doctor Who star Ncuti Gatwa and his Sex Education co-stars Emma Mackey and Connor Swindells also set to feature, as well as Ugly Betty’s America Ferrara, Saturday Night Live’s Kate McKinnon, Marvel star Simu Liu, Ariana Greenblatt, Alexandra Shipp and Issa Rae.

Directed by Oscar nominee Greta Gerwig from a screenplay by her and partner Noah Baumbach, the plotline and most roles are officially under wraps still. 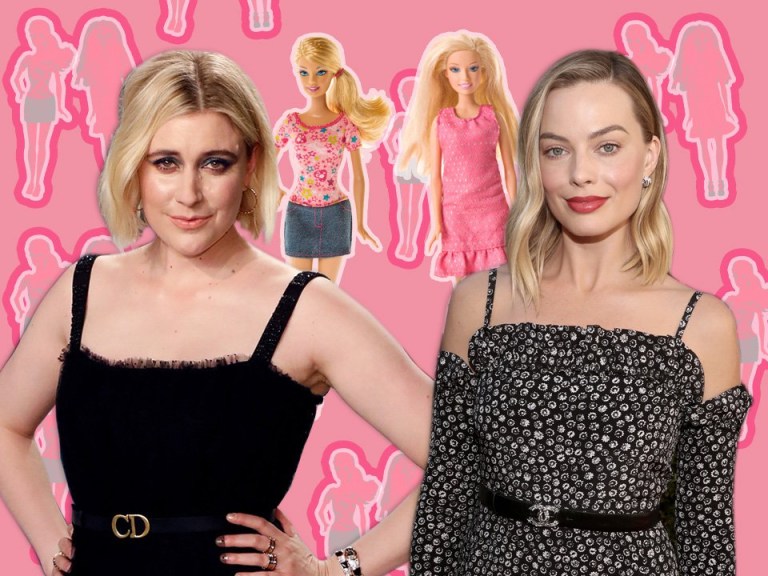 Greta Gerwig is at the helm of the film, and star Margot has teased that we should expect the unexpected (Picture: Getty)

However, sources have indicated that there is ‘a meta aspect to the proceedings’, with hints that Will is playing the CEO of a toy company that could be Barbie’s creator Mattel, according to The Hollywood Reporter.

It’s also been claimed that there will be more than just Ryan’s Ken in the picture.

Speaking to Vogue in August last year in her first official comments on the project, Margot described Barbie, who made her debut appearance at the American International Toy Fair in New York in 1959, as coming ‘with a lot of baggage’, ‘a lot of nostalgic connections’ and also ‘a lot of exciting ways to attack it’.

She continued: ‘People generally hear Barbie and think, “I know what that movie is going to be”, and then they hear that Greta Gerwig is writing and directing it, and they’re like, “Oh, well, maybe I don’t…”’

It’s fair to say that all we are looking forward to expecting the unexpected.