Måneskin have released their blistering new single ‘MAMMAMIA’ – you can hear the Italian band’s latest offering below, and read what they had to say about the pressures of success and inspiring the next generation during a press conference they held yesterday (October 7).

Måneskin frontman Damiano David explained during their press conference – which was held at Berlin’s legendary SO36 Club (home of the city’s punk movement that was frequently visited by David Bowie and Iggy Pop) – that they wrote ‘MAMMAMIA’ after winning this year’s Eurovision.

“We only had a few days to go to the studio and write new music, but fortunately this song came out in a few hours – that’s why we felt like it was going to be a banger for us,” he said.

“We didn’t take it too seriously,” bassist Victoria de Angelis continued. “It’s a very silly, careless song and we’ve never done something like that before. It came together very naturally. We just tried to have fun and enjoy it, because [it was written] in a moment where we were experiencing a lot of things.”

According to David, the song pokes fun at all the assumptions and rumours that were made about Måneskin following their sudden international success earlier this year.

“After Eurovision, we had a lot of attention on us,” he explained. “A lot of the time, we did something that we thought was great but people criticised it. I wanted to translate that into the lyrics, because it happens a lot – maybe you’re doing something that you feel is great, but people don’t understand it and make bad judgements and bad comments about it. I wanted to make fun of that situation.

“The chorus [“I’m on my knees and I can’t wait to drink your rain / I’ll keep your secret if you let me get a taste / Tell me your limit, I will cross the line”] is more about people’s sex lives, but it has the same message,” David added. “It’s how people see what you’re doing and how your impression is different to their impression.”

When asked if their newfound fame has increased the levels of misunderstanding about Måneskin, de Angelis responded: “Absolutely. But we try to think about what makes us feel represented and makes us feel satisfied. It’s impossible to please everyone. We just focus on what we like: if people understand it we’re very happy, but not everyone will be happy about the same thing.”

According to David, the title of the new song captures “how people will react to what you’re doing, but we also wanted to make fun of the Italian stereotype because we feel like we’re very far from that”.

Explaining the line “They ask me: ‘Why so hot?’ / ‘Cause I’m Italiano”, David made reference to the controversy at Eurovision where he was accused of taking cocaine in the green room – an accusation that he passionately denied and was later confirmed to be false following an inquiry by organisers.

“People always talk about how we act on-stage,” he said. “We’ve been accused of being savage guys, drug guys – but it’s all natural. I hope [people will get the irony], but I’m not sure they will. We’re ready to deal with it, though.”

Despite their elevated status, Måneskin are still refusing to work with co-writers. “If we do something good or something bad, we want it to depend on ourselves,” explained de Angelis. ”We’ve been writing our own music since we started and it works fine for us. We’re still young, we have so many things to talk about, to express, to experiment with. We’re just enjoying it.”

David added: “And to be honest, I’m kind of a diva, and will never let anybody write music instead of me.”

Speaking about their success, the frontman said that “it’s because we’re good at what we do, we’re beautiful,” though de Angelis added: “We’re humble.”

“We don’t know the reason,” David continued. “We think it’s because we never do anything that doesn’t make us feel comfortable. People can actually see we’re having fun when we’re performing or doing interviews and that we’re friends. I think people feel close to us because we’re normal 20-year-old people, but we’re doing something huge and important. It gives hope to younger people, to teenagers, that in the future they can do something great and work for something they love as well.”

David also said that while the band are “just trying to be the best versions of ourselves”, they don’t see themselves as role models. “We don’t feel that responsibility,” he said. “Of course we don’t want to do dumb things in public, but that’s more for us than other people.”

de Angelis then spoke about how the band are making a statement with their “androgynous, gender neutral” style. “It’s not something we choose to do on purpose, it’s just the way we are. We grew up in Italy, which is a very conservative country – people think bad stuff about you if you’re not dressed ‘normally’ and we experienced that a lot during our teenage years.

“Unfortunately, though, it’s like that for everyone. It’s so wrong and stupid to have all these prejudices and to stop people from being themselves,” she added. “We feel like we can spread a positive message by telling people it’s OK to be who you are. Showing self-esteem and self-confidence is a good thing, it can help a lot.” 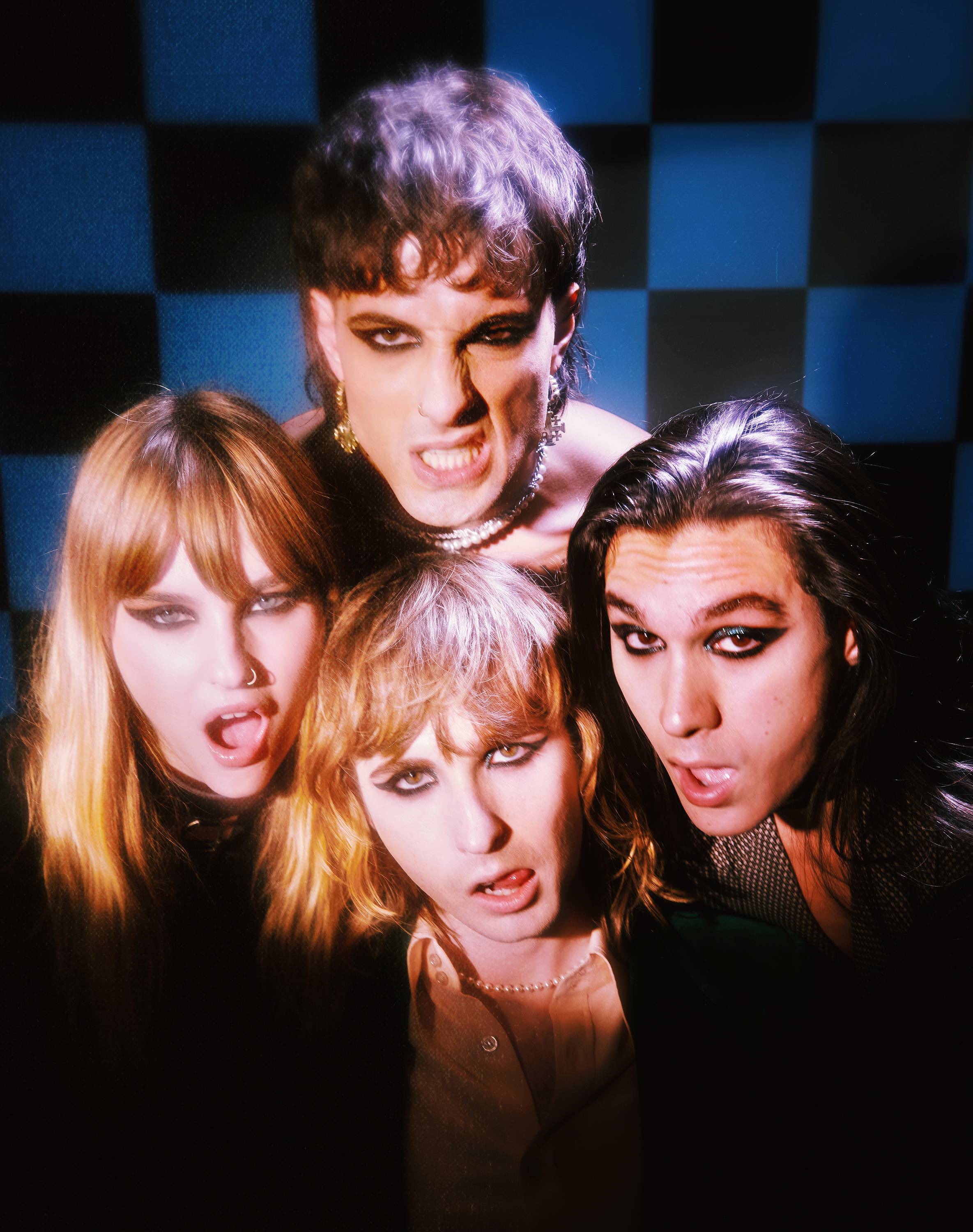 The bassist also voiced her belief that rock music is “slowly coming back” and that Måneskin’s success should “give hope to people in bands who want to do it but get told it isn’t possible, that they should do whatever they like”.

“So many of our fans tell us they’re buying instruments and starting up bands, it’s insane.”

Talking about whether their success would ever go to their heads, de Angelis continued: “I think we can help each other to manage the pressure and all the other things this job can bring. We will face it together.“

Måneskin also reflected on their popularity within the LGBTQ+ community. “We have a lot of fans telling us, ‘You helped me come out to my parents, to my friends’ or ‘You helped me start dressing how I always wanted to but never felt confident enough to’,” David said. “More than any gold record, that’s the most meaningful thing that can happen to an artist.

“When you actually help young people that’s a huge thing, because they are the future of our society. We don’t make music for compliments or to get anything back, but that makes us feel like we’re doing something really meaningful.”

Before a run of sold-out dates in the UK and Europe next year, Måneskin will be getting to work on new music.

“We’re already working on new music and we have a few songs in our pockets, but like everything we do we want to do it properly and be 100 per cent satisfied with what we’re doing,” David explained. “We’re going to take our time: there’s no rush.”