Standing her ground. Montana Yao is firing back at estranged husband Malik Beasley‘s desire to “move forward” after his PDA with Larsa Pippen made headlines.

Yao, 23, filed for divorce from the NBA pro, 24, in December 2020, shortly after photos of him holding hands with Pippen, 46, in Miami surfaced online. As the drama continues to play out in the public eye, Beasley’s attorney’s told Us Weekly that that “Malik looks to put this matter behind him.” However, Yao feels differently.

“The assessment of Mr. Beasley’s attorney was correct when he stated that Mr. Beasley just wanted to put this whole situation ‘behind him.’ That assessment, however, omits the fact that Mr. Beasley forgot to inform Montana Yao, his long-time partner and wife, of his plans to leave his family ‘behind,’” the model’s lawyers, Paul Applebaum and Alan Eidsness, said in a statement to Us on Friday, January 22. “Instead, he put Montana and their young son out of the family home while he stayed behind to live there with friends.” 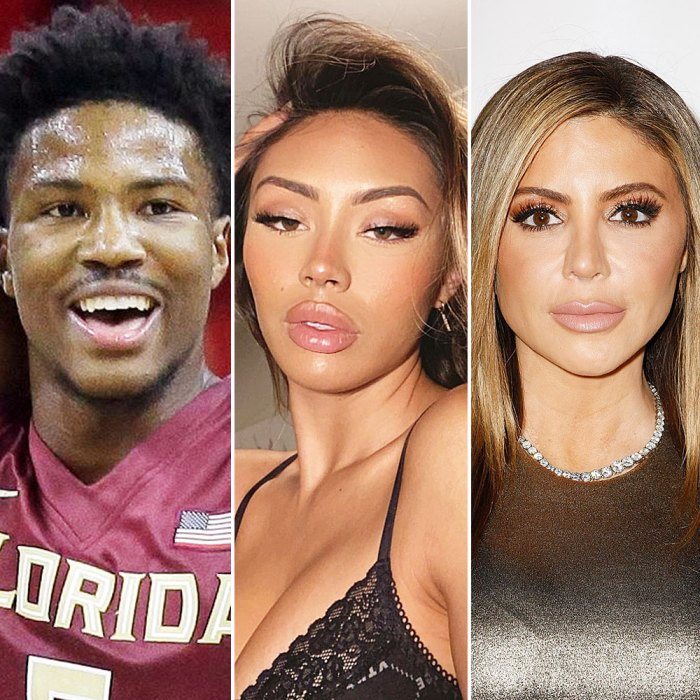 Yao and the Minnesota Timberwolves player met in 2018 and welcomed their son, Makai, in March 2019. After Beasley and Pippen were first linked, the former Miss Malibu Teen USA claimed via Instagram that she and her infant son were “told to leave our family home” and that she hadn’t received “any type of apology” from Beasley or the reality TV star. Since “he ordered Montana out” of their home, Beasley has allegedly not done his part to raise his child.

“Mr. Beasley has only contributed $800 toward the care of their son, despite making $15,000,000 per year in the NBA,” Yao’s lawyers claimed. “Montana was a successful model before she met Mr. Beasley, but gave it up to focus on starting a family with him. She and her son are now forced to stay with relatives until she can restart her career.”

In the aftermath of Beasley’s controversy, Yao thanked social media users for their “kind words of encouragement and love” in an emotional Instagram post. Pippen, for her part, denied having any part in the end of Yao’s marriage.

“Malik and his ex were separated before I ever met him,” the Real Housewives of Miami alum tweeted in December. “That’s a fact.”

At the time, Yao clapped back at Pippen’s “false” defense. “Continue to speak on my name and my relationship and we’re going to have issues. Receipts don’t lie. Let’s not go there. I think you’ve embarrassed yourself enough already,” she replied.

Pippen and the basketball star haven’t been hiding their chemistry as their relationship continues to raise eyebrows. The duo have exchanged flirty messages on social media and cozied up at Beasley’s 24th birthday celebration in Miami in December. Amid the scandal, a source told Us exclusively that “Larsa is already head over heels” for the Georgia native.

“She’s in all the way and sees a future with him,” the insider added. “Friends are telling her to take it slow and really get to know him before she jumps into this serious relationship, but it’s too late.”

Larsa was previously married to Scottie Pippen from 1997 until they split for the first time in 2016. The estranged pair briefly reconciled but called it quits again in 2018 when Scottie, 55, filed for divorce. They share four children: Scotty Jr., 20, Preston, 18, Justin, 15, and Sophia, 12.

Us has reached out to Beasley’s rep for comment.