Maisie Williams has shared how she managed to pluck up the courage to befriend celebrity couple of the moment, Kourtney Kardashian and Travis Barker, at the Met Gala last month.

Maisie, 25 is best known for her role as Ayra Stark in Game Of Thrones, where she caused chaos across the Kingdom of Westeros for eight seasons.

But she’ll soon feature in a very different role in Danny Boyle’s mini-series Pistol, based on the Sex Pistols guitarist Steve Jones, based on Jones’ 2018 memoir Lonely Boy: Tales from a Sex Pistol, starring as Jordan Mooney, a friend of the band.

While promoting her exciting upcoming gig, she spoke out on how the link to the legendary group gave her ‘an in’ with Kourtney and Travis.

Joining Jimmy Fallon on Thursday night, she recalled quickly bonding with the pair when they all met at the Met Gala.

’I was on a table with Kourtney Kardashian and Travis Barker,’ she revealed,  with the host responding: ‘They’re fun.’

Maisie appeared on the US talkshow to promote Pistol (Picture: NBC / BACKGRID) 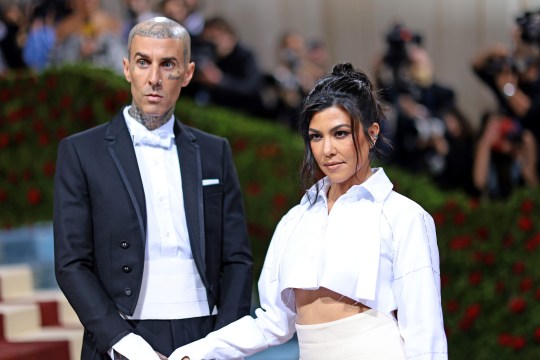 Feeling nervous to approach the newlyweds, she was desperately trying to think of a good topic to use to strike up a conversation.

She went on: ‘I needed to, like, have an in, to the conversation, have something to say, something interesting for them to know.’ 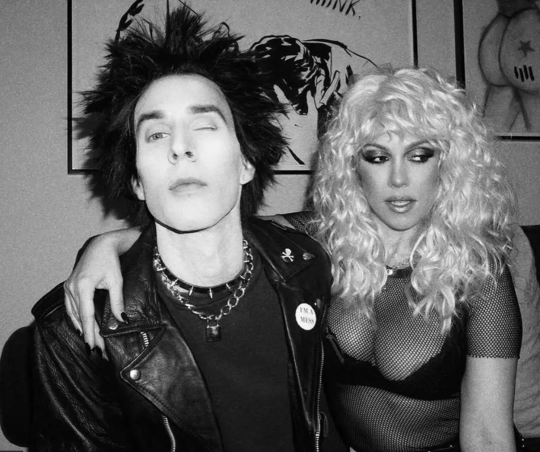 Travis and Kourtney dressed up as Sid and Nancy for Halloween (Picture: Instagram)

The actress remembered the couple had dressed up as Sex Pistols bassist Sid Vicious and Nancy Spungen.

She therefore quickly took it upon herself to tell them about her role in the upcoming biopic.

We absolutely need an invite to this night out.

Elsewhere in the chat, the 25-year-old admitted she played it a lot less cool when she recently came face to face with actual Bono.

She got a little starstruck when she was backstage at a U2 concert and introduced herself to the frontman in the most awkward way possible.

‘He was just like, “What are you doing?” I played it way too cool,’ she told Jimmy.

Pistol is coming to Disney+ in the UK and Ireland on May 31.