Maid arrived on Netflix just days ago but has already become one of the most popular releases of the year, with many newfound fans having already made it through the show’s 10 episodes.

Starring Margaret and Andie opposite each other as a mother and daughter with a fraught relationship, the series explores ‘a young mother’s incredible story of survival and resilience as she navigates the world of poverty, abuse and redefining her worth against all odds’.

Alex (played by Margaret) is a single mother who decides to leave her abusive relationship but faces new challenges as she takes up a job as a cleaner.

Now, Four Weddings and A Funeral star Andie has spoken out on exactly what it was like to work with her daughter as they played out their difficult relationship in the show.

She explained during an appearance on tonight’s The Graham Norton Show how challenging it was to take on the character of Paula because she is so ‘mean and cruel’ to her daughter Alex.

‘It was so much fun but so challenging for me because I have never played a character like that before. 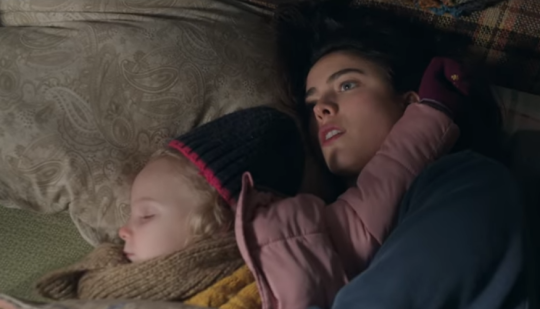 ‘It was great to do something different and to show people what I am capable of,’ she said.

Asked if it was easy to play opposite her daughter, she admitted: ‘It wasn’t easy because she was so mean and cruel and horrible to her daughter.

‘It was interesting that my daughter suggested me for the role and at first, I thought, “My god, does she see me like that?” Of course, she doesn’t but it was a little intimidating!’

Based on Stephanie Land’s memoir Maid: Hard Work, Low Pay and a Mother’s Will to Survive, the show isn’t short of talent, boasting Margot Robbie as a producer as well as the team behind the US version of Shameless.

It’s not yet known whether Maid will be back for a second season, with Netflix having previously branded the show a limited series.

Maid can be streamed in full on Netflix now.