THEY are one of Britain’s best-loved groups – and now it has emerged the name Madness sums up the band members’ chaotic lives before they found fame in the early Eighties.

Thanks to a string of hits, including Baggy Trousers and One Step Beyond, the Nutty Boys were saved from a life of crime. 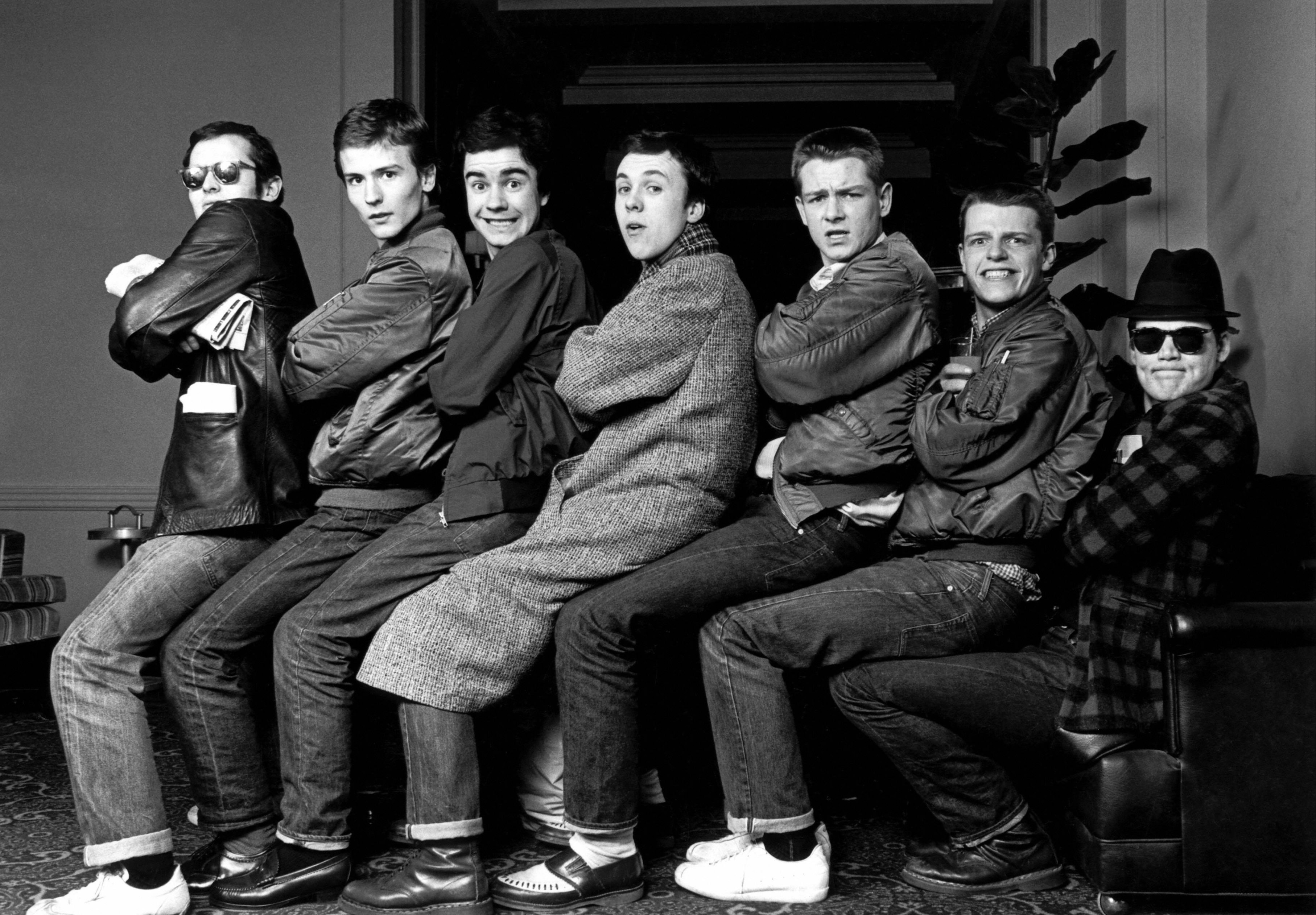 Frontman Suggs had been arrested for affray in his teens and admitted they could have been jailbirds if they had not become chart-toppers.

The singer — real name Graham McPherson ­— originally chose Suggs as a graffiti nickname which he daubed all over North London.

Now 60, he reveals in a new ­documentary: “Being in the band was like an extension of being in a gang — apart from the fact it wasn’t just us smashing up phone boxes and kicking traffic cones down the road together.

“It was at a crossroads. A lot of those people we knew at that time did get into serious crime. 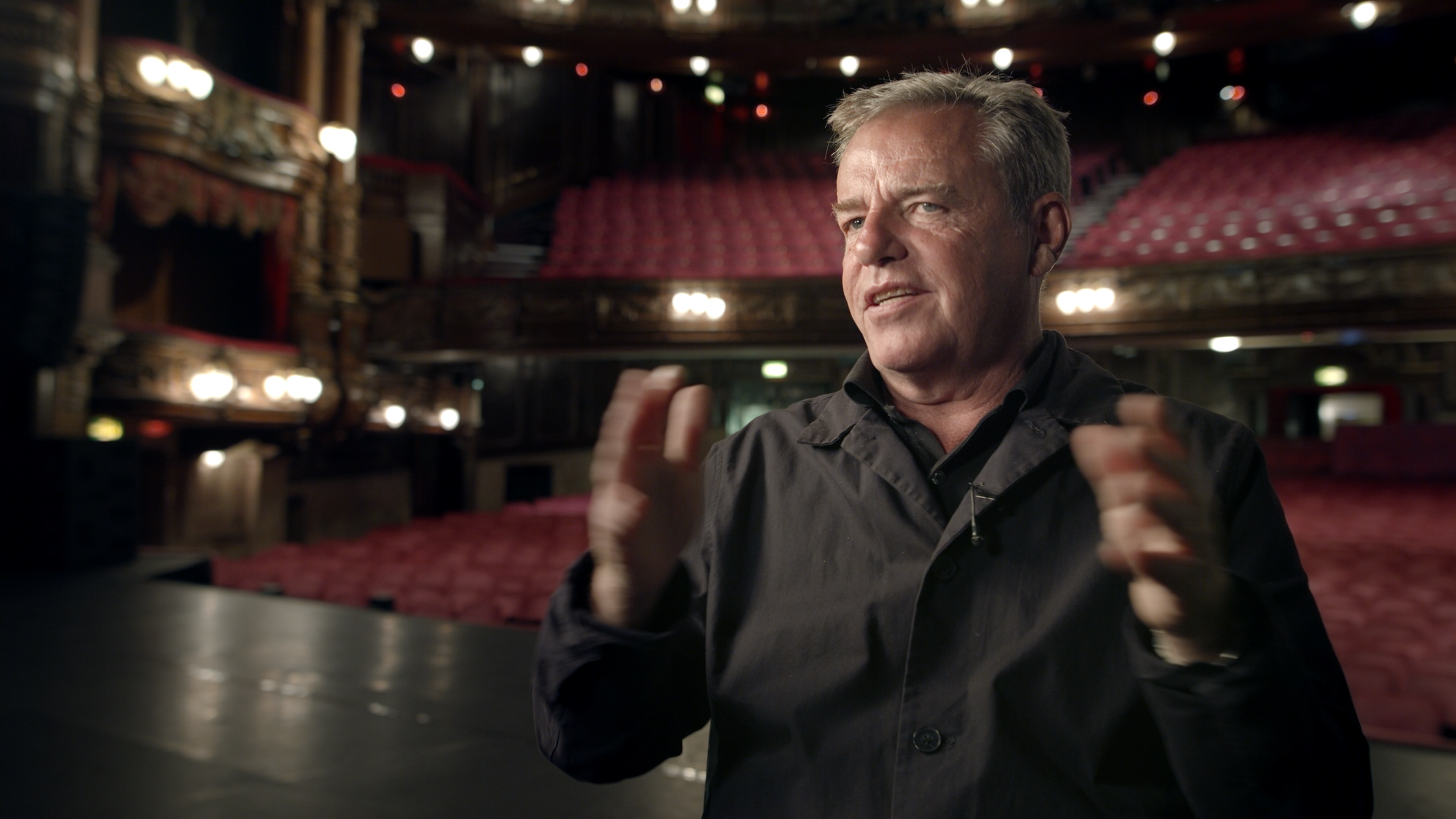 Frontman Graham ‘Suggs’ McPherson was arrested for affray in his teens

“We were all a little bit involved in that sort of thing and graffiti was the first thing. Music was a huge step in the right direction.”

The new documentary, Before We Was We, reveals the stark contrast between their former lives and the fame they found.

The core group formed in 1976 as the North London Invaders, and within a year they were joined by Suggs. In 1979 they had their breakthrough singles One Step Beyond, from their debut album of the same name, and My Girl.

From there the hit tracks came thick and fast, including House Of Fun, Wings Of A Dove and It Must Be Love. The uniquely British band even scored a US hit with Our House.

But before their success, many of their lives looked destined for disaster. Saxophonist Lee “Thommo” Thompson, 63, ended up in court for burglary when he was just 11 years old. 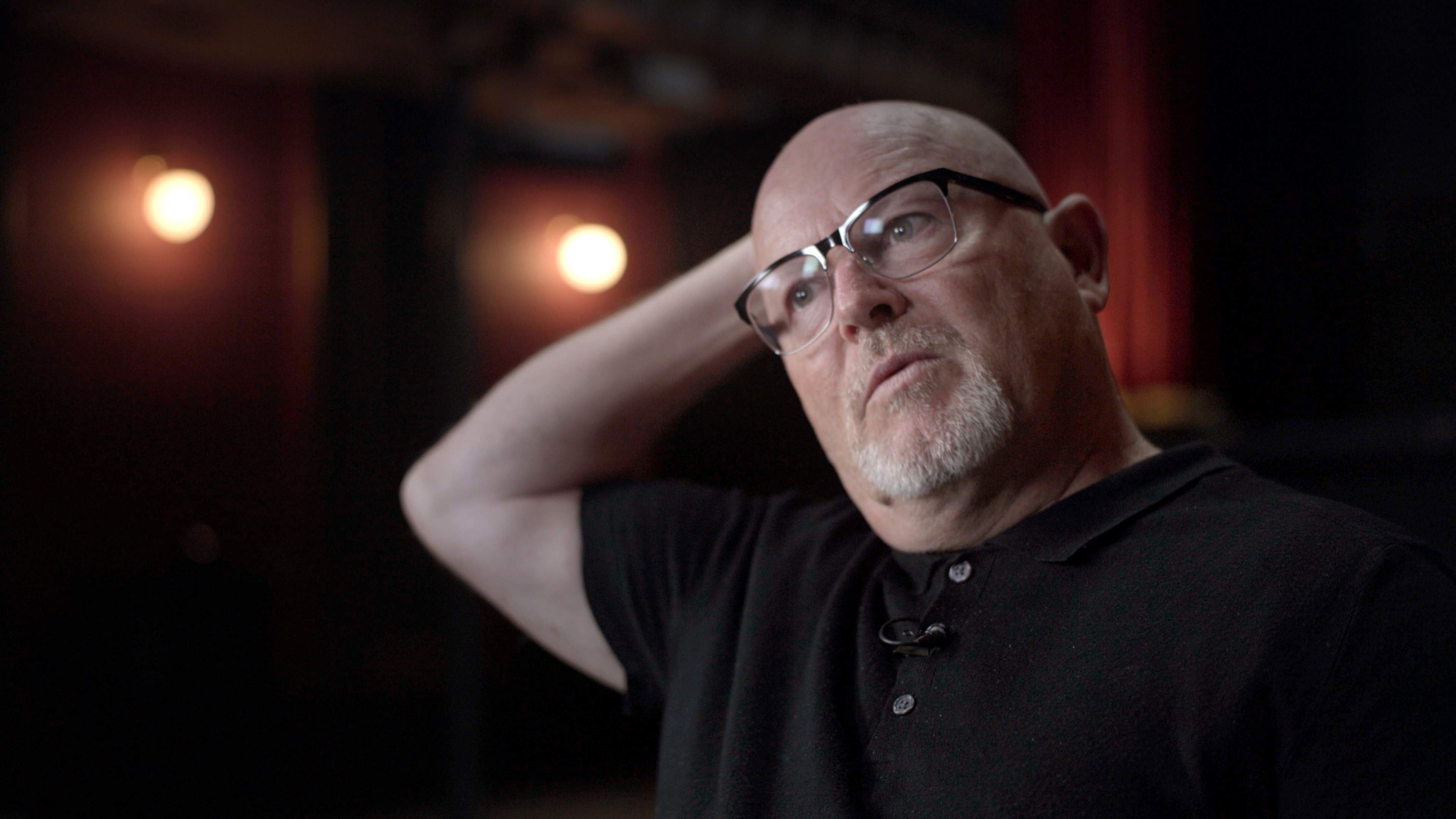 Thommo said: “We sat down. Bob had Sugar Puffs, I had cornflakes. We put the plates in the sink and left. We didn’t take nothing.”

Thommo, songwriter and keyboardist Mike “Barso” Barson, 62, and guitarist Chris “Chrissy Boy” Foreman, 64, ended up with 300 pop records after ­stealing up to a dozen a time from a shop in Camden, North London.

The trio would also steal Lambretta scooters and Mike would even swipe Sellotape.

Thommo was eventually sent to a reform school. He said: “Even my dad had given up sticking up for me. He probably thought, ‘You’ve got to wake up now’. 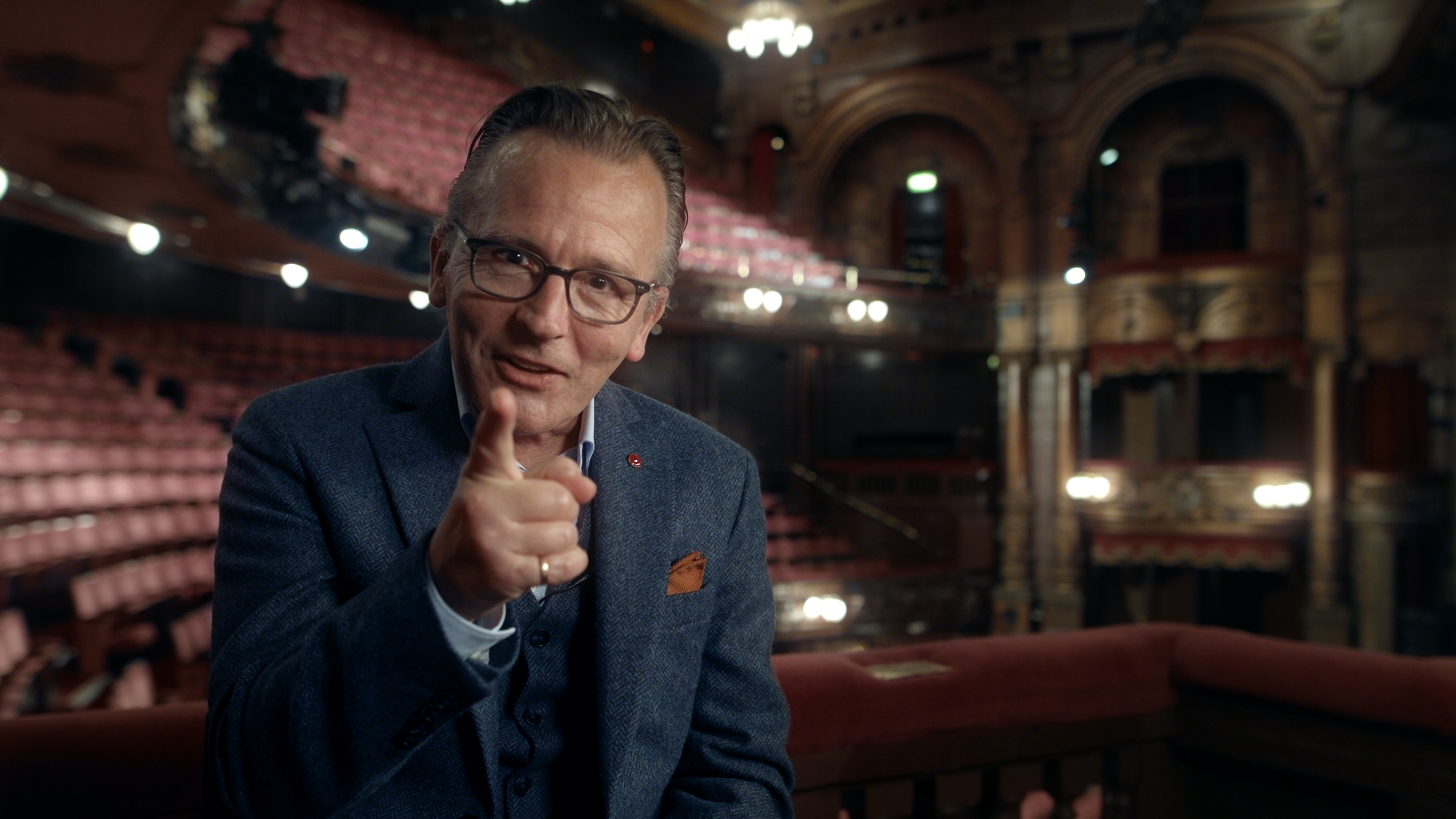 Like the rest of the band, drummer Dan ‘Woody’ Woodgate indulged in narcotics

Mike incurred the harshest punishment — prison when he was 18.

He said: “That was pretty stupid. Me and my mate found a load of these long neon light bulbs and we were just smashing them. The police got called and we got caught.

“Because we’d been stopped by the police a lot of times, the judge decided he was going to make an example of us.

“He said, ‘Remand without bail’. That was a short, sharp shock. We were in there for about three weeks and it was pretty horrible.” 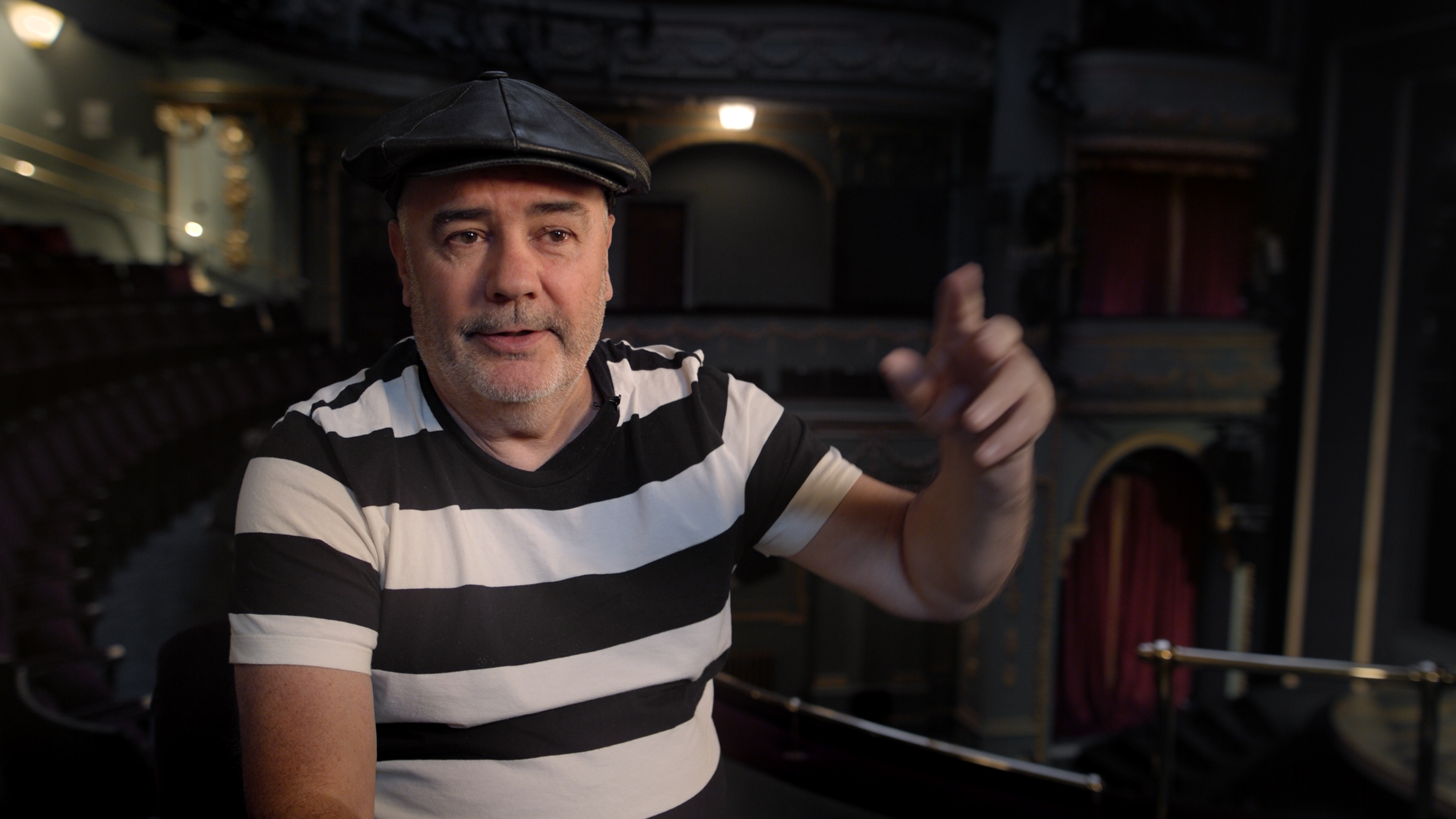 Eventually Thommo, Chris and Mike with backing vocalist and trumpet player Carl “Chas Smash” Smyth, 62, would meet up and socialise over their mutual love of music.

They started to have “musical get- togethers”, as Mike puts it, and he pushed to form a band.

After a small debut gig at a pal’s they decided to replace their original singer Dikran Tulaine — so they auditioned Suggs, who had been hanging around like a bad smell and was a few years younger. 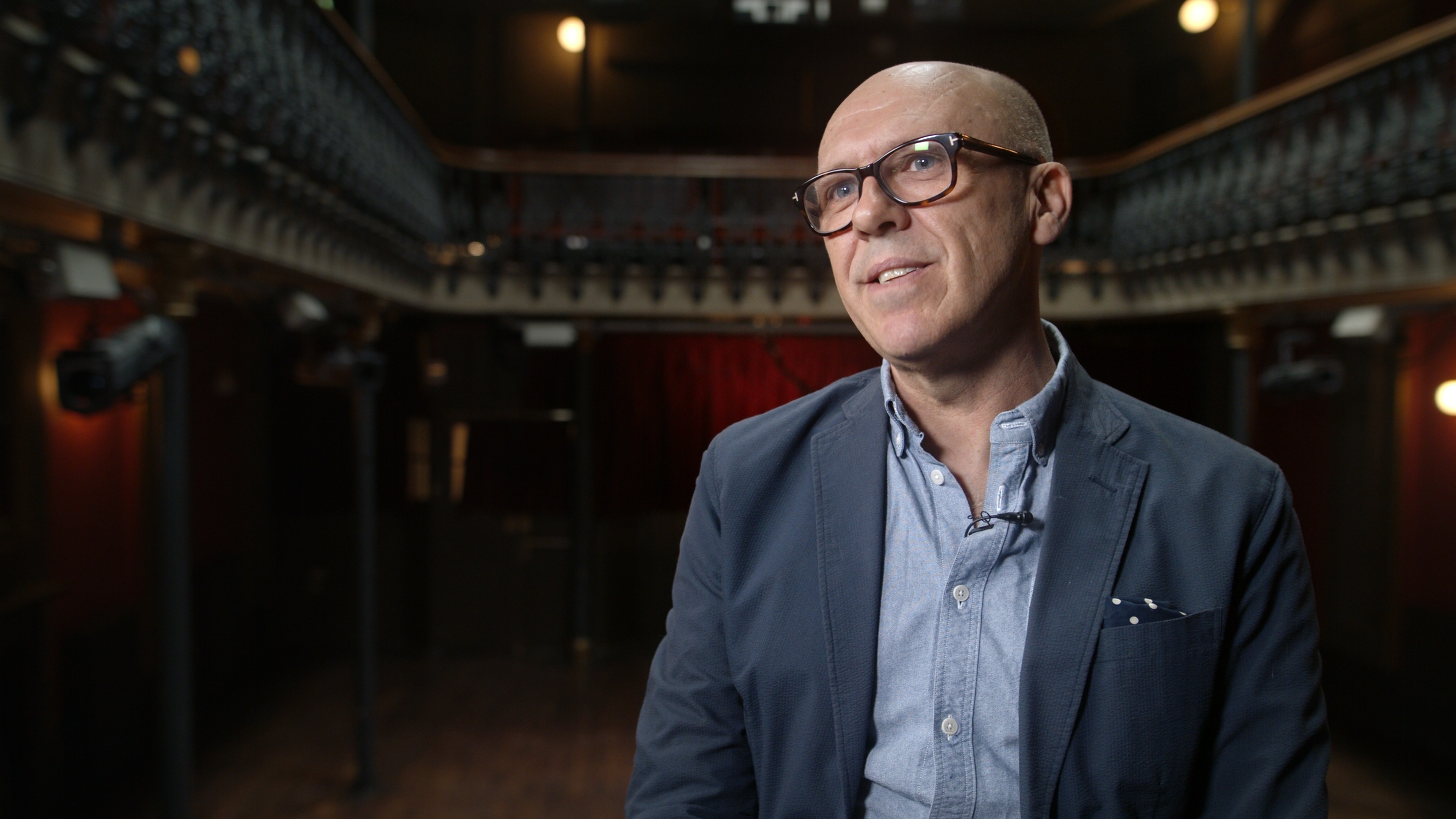 Like Suggs, bass guitarist Mark ‘Bedders’ Bedford was into graffiti

He said: “We’d been to see the film American Graffiti and I was singing See You Later Alligator when I came out of the cinema.

“I think cause I had some charisma and I created some sort of fame for myself with the graffiti that one of them said, ‘We’ll give it a go’.”

The band chose ska as their musical style to stand out from punk.

Suggs said: “If you didn’t want to get into that slipstream then the only other thing to do was to find some obscure music that no one else was interested in.” 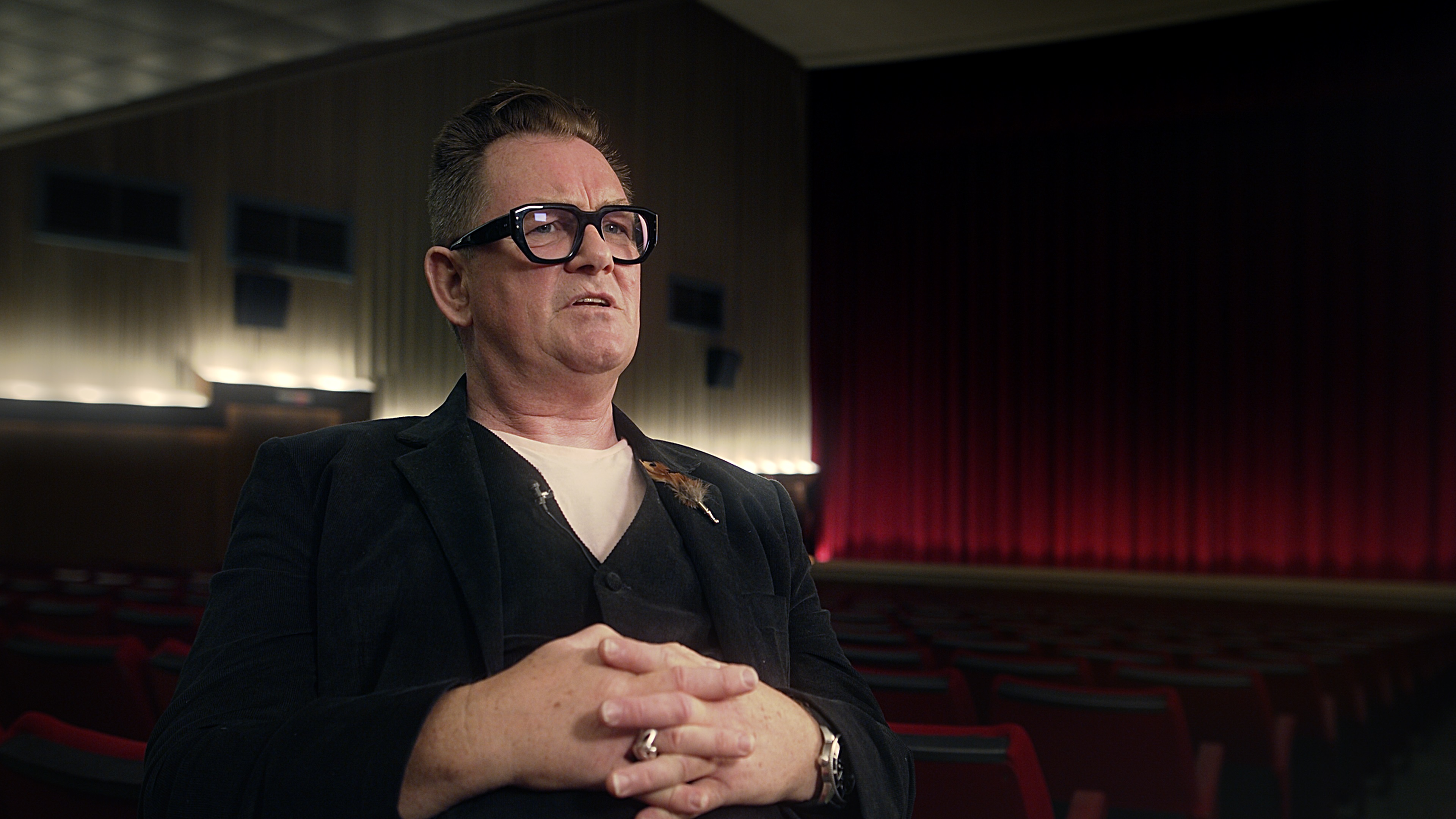 Only Mike could play instruments properly and some, including Suggs, were treating the band as a “laugh, somewhere to have a few beers”.

Suggs was booted out for missing rehearsals to go and watch a Chelsea game and only found out when he saw Mike’s wanted ad for a vocalist in music paper Melody Maker.

Suggs said: “I phoned him up and put on a posh voice. I said, ‘Hello, I’m just enquiring about the job of singer in your band. What’s happened to the old one?’ 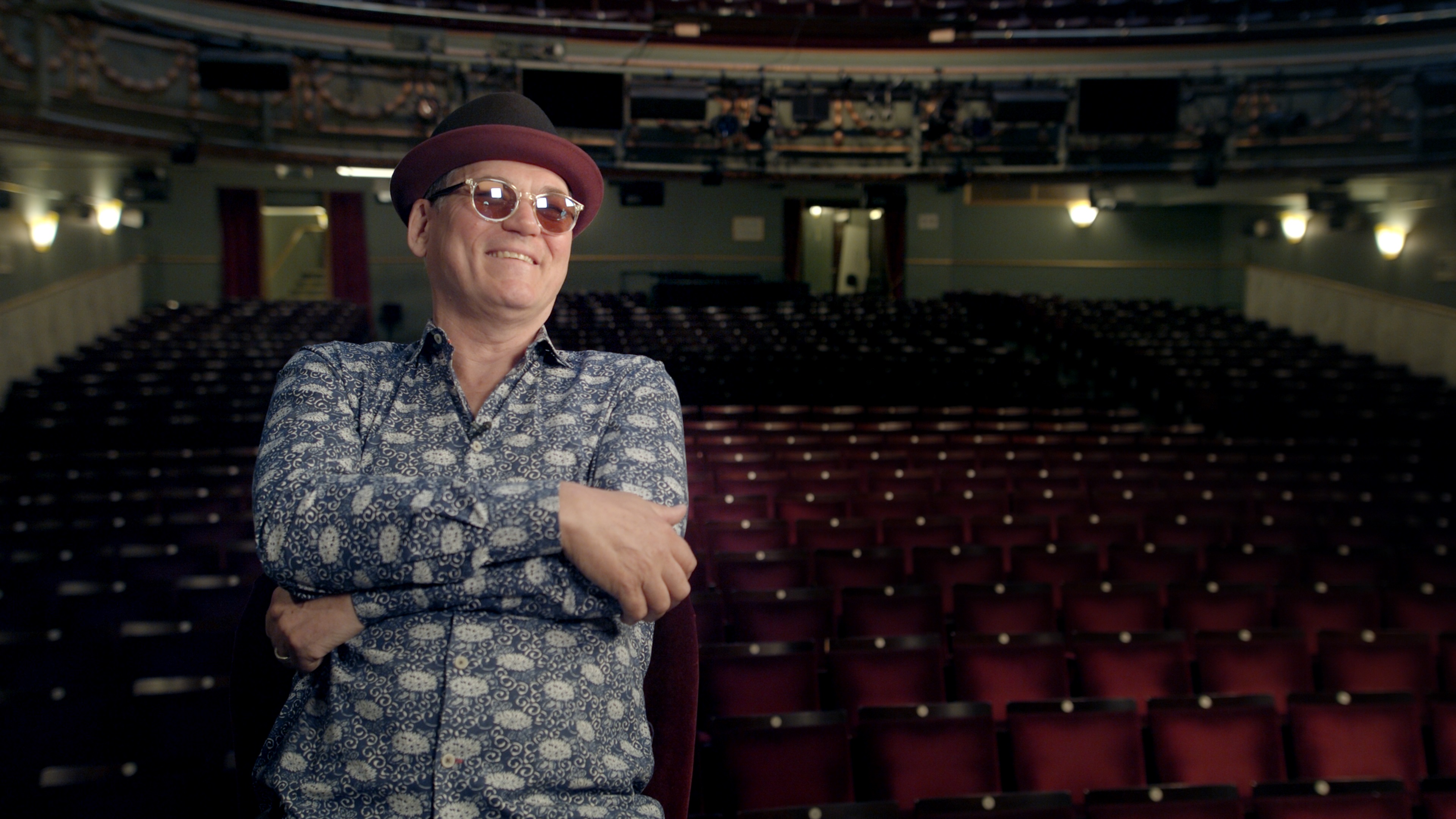 The band managed to bag themselves a gig but were heckled by ousted members Thommo and Suggs.

They eventually begged the singer to return for a follow-up appearance that Mark managed to get at his works summer party.

Suggs said: “I was the only one who still knew the words, so they had to ask me to come back.” They upped their game, rehearsing two or three times a week, writing their own songs and recording them.

But without a manager or agent, pub landlords refused to book them. And ska did not appeal to ­traditional punters, so they would lie, telling promoters they played country and western and jazz.

At some venues, hostile audiences would start fights with them. One night, a row kicked off in the loos.

Chas said: “They were part of a large gang. it was their turf.” Chris added: “We got all our gear up and made our escape.” 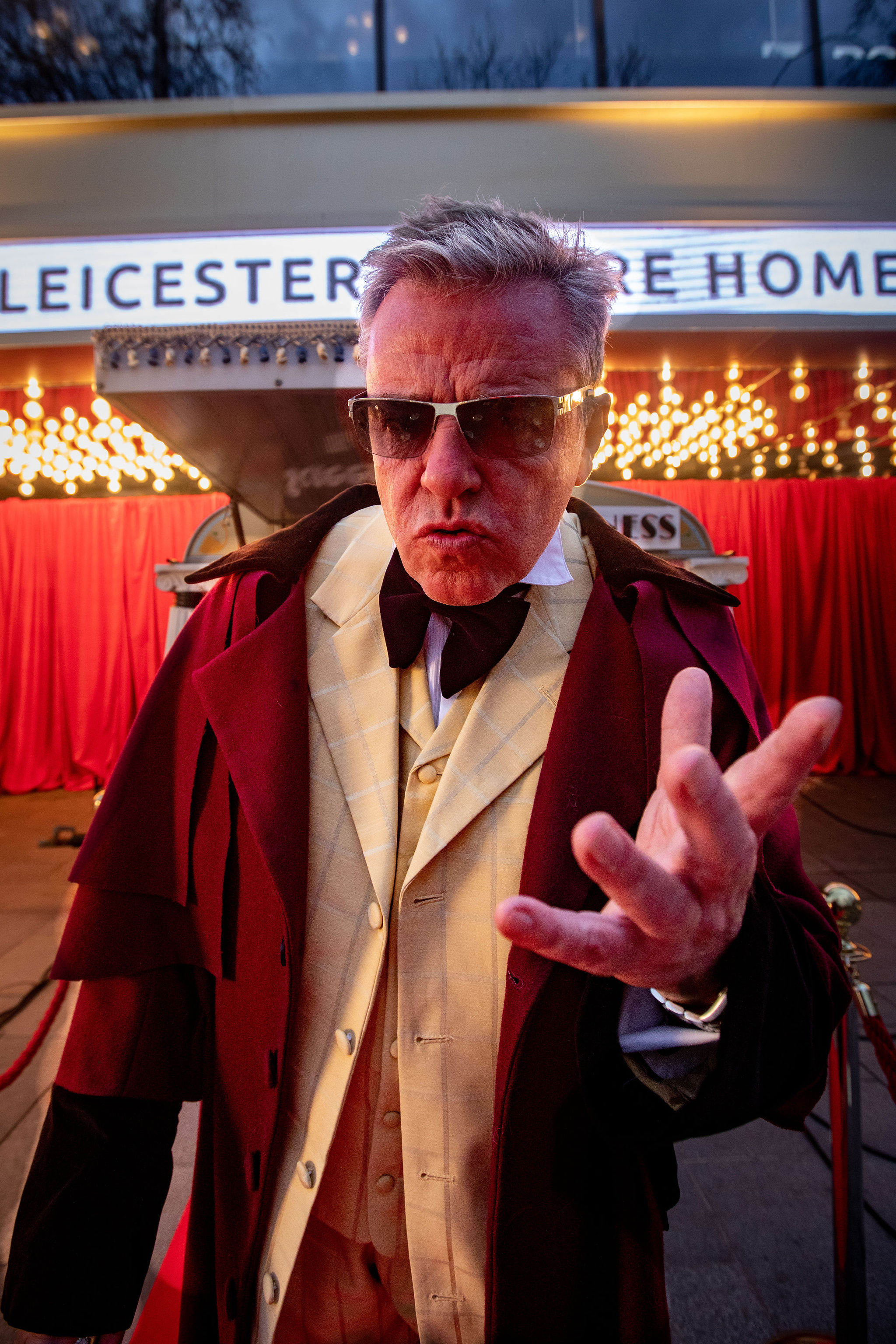 Suggs said ‘music was a huge step in the right direction’ for him and his bandmembersCredit: www.victorfrankowski.com

They also had to change their name as another group had already bagged The Invaders.

Chris suggested Madness — the title of a track by ska artist Prince Buster — which the rest of the lads liked. Woody said: “Only problem is it didn’t go down at all well.

“My mum worked on Top Of The Pops as a floor manager and she knew all the pluggers. They were interested in how we were doing, so I said, ‘We’re called Madness’.

“Every single one of them said, ‘Oh what a shame. They’re called ­Madness. They’ll never make it’.” 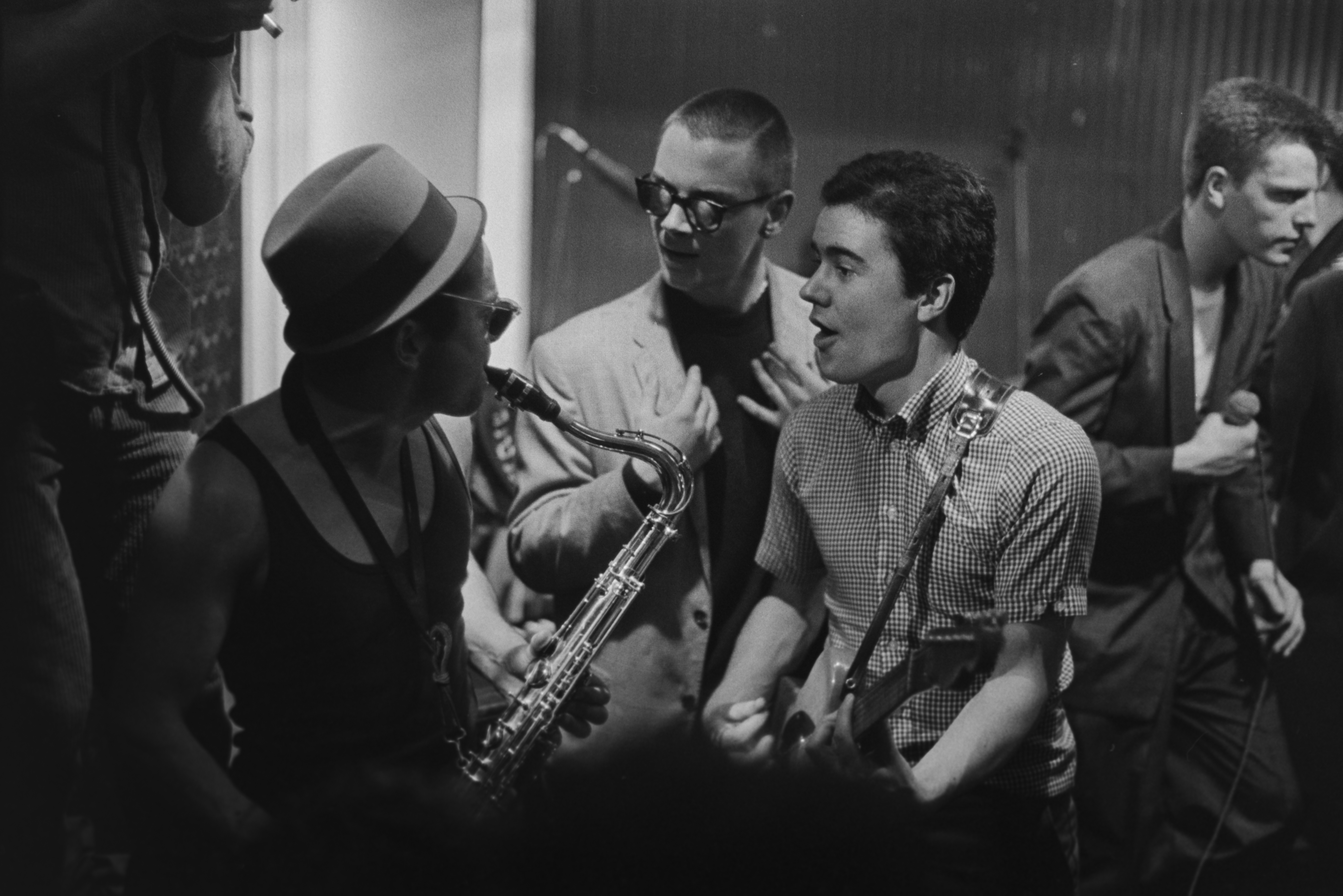 In 1979 Madness had their breakthrough singles One Step Beyond and My GirlCredit: News Group Newspapers Ltd

After getting a number of gigs and gaining a following, they were ­eventually spotted and went to a recording studio to make an album.

But Woody, who made his own way to the venue on his scooter, could not find it and they lost their slot.

Suggs said: “We’re all sitting in this studio, watching my career go down the sink.”

They were saved by Warner Bros record exec Rob Dickins, who put £300 up front for the band to rehire the studio. 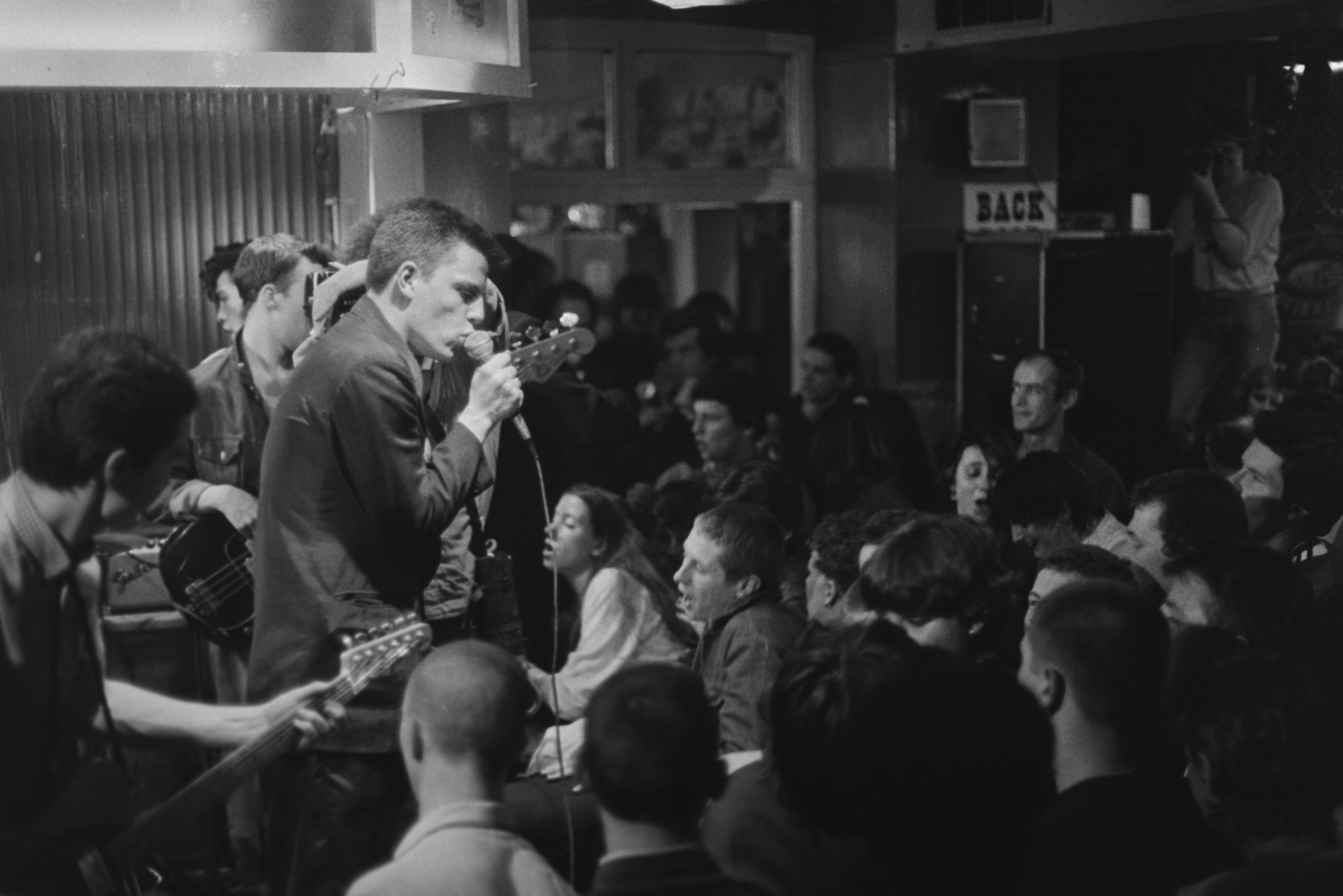 But as they rose in popularity, so did the far Right movement that ­associated themselves with the bandCredit: News Group Newspapers Ltd

In 1979 they released their first album One Step Beyond . . . which reached No2 in the album chart.

As they rose in popularity, so did the far Right movement that ­associated themselves with Madness.

Suggs said: “There was an NF (National Front) element, and us being seen as an all-white skinhead band, we were prime meat for their propaganda.

“Really, it was so ironic. We were playing the music of Jamaica.” 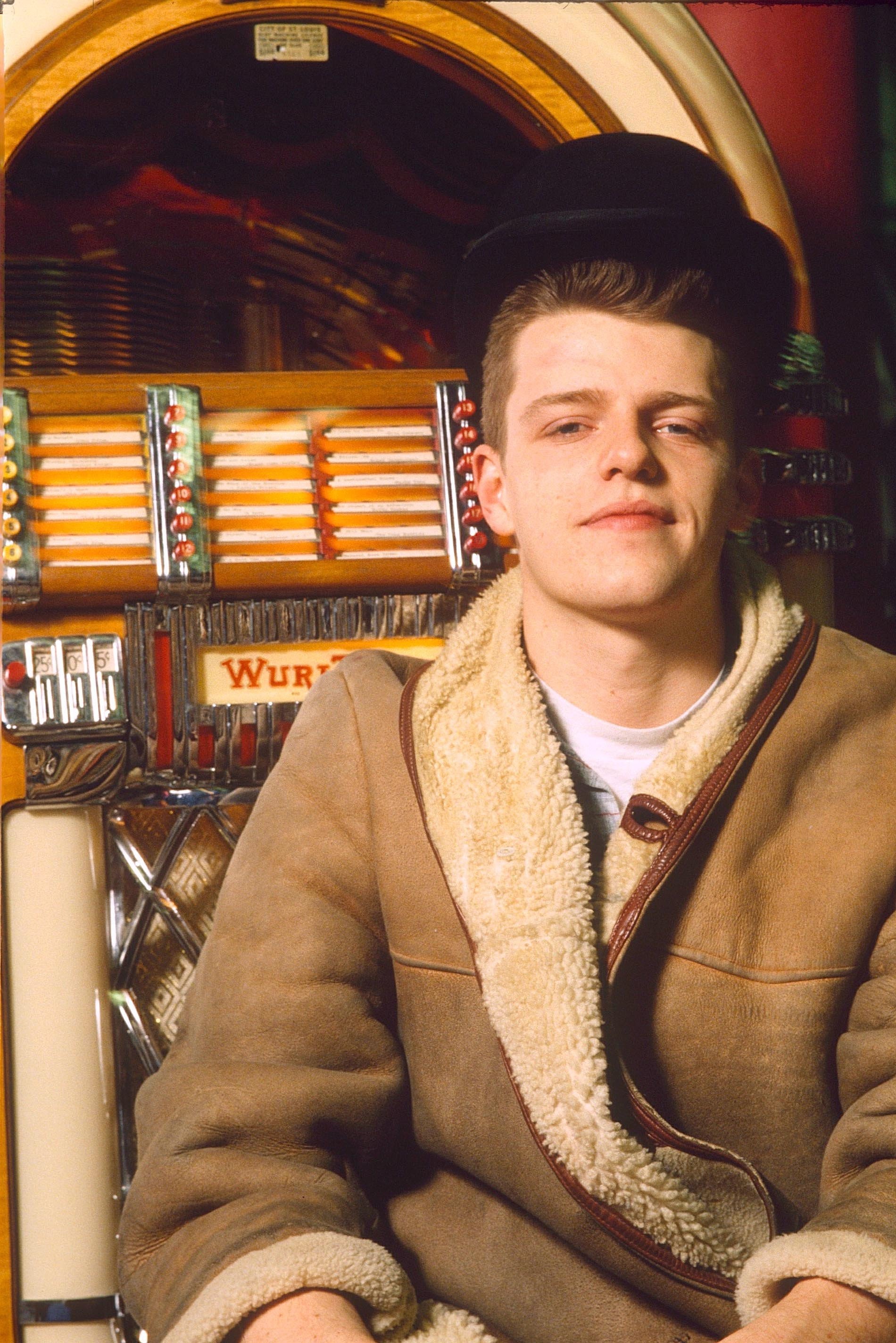 Suggs said ‘as an all-white skinhead band, we were prime meat for their propaganda’Credit: Rex

Their gigs would be taken over by skinheads and Thommo landed himself in trouble with some misguided comments.

He said: “It sounded like I said we wouldn’t stop them coming in. I upset a lot of band members by ­trying to express a point which didn’t come across.”

The lads even hired a former SAS soldier to try to keep order at their concerts.

Later, as their successes mounted, they toured the US where they got cosy with all-girl group The Go-Go’s in LA. 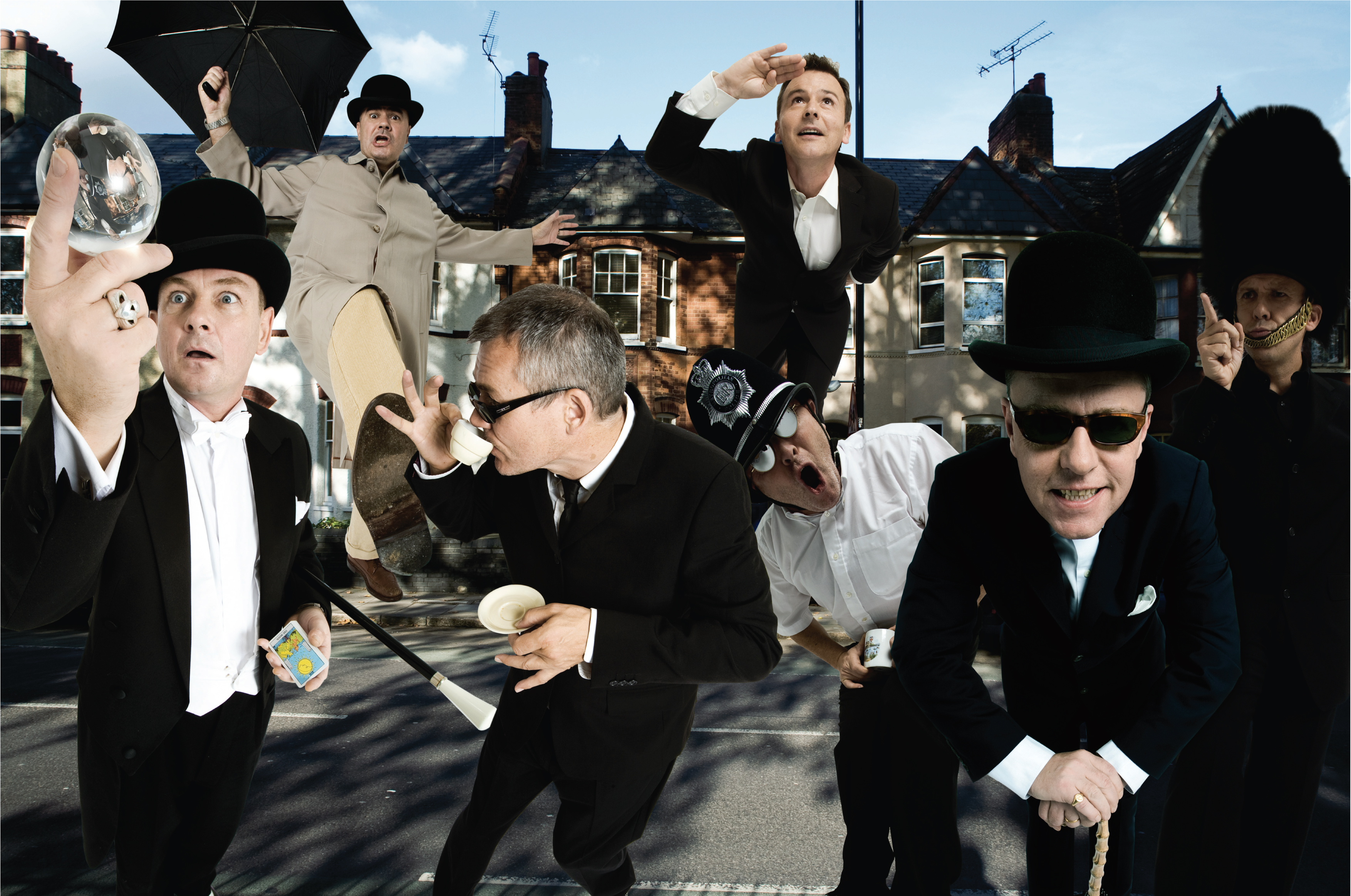 Thommo said: “My missus is ­convinced that I was knocking off the lead singer Belinda Carlisle. 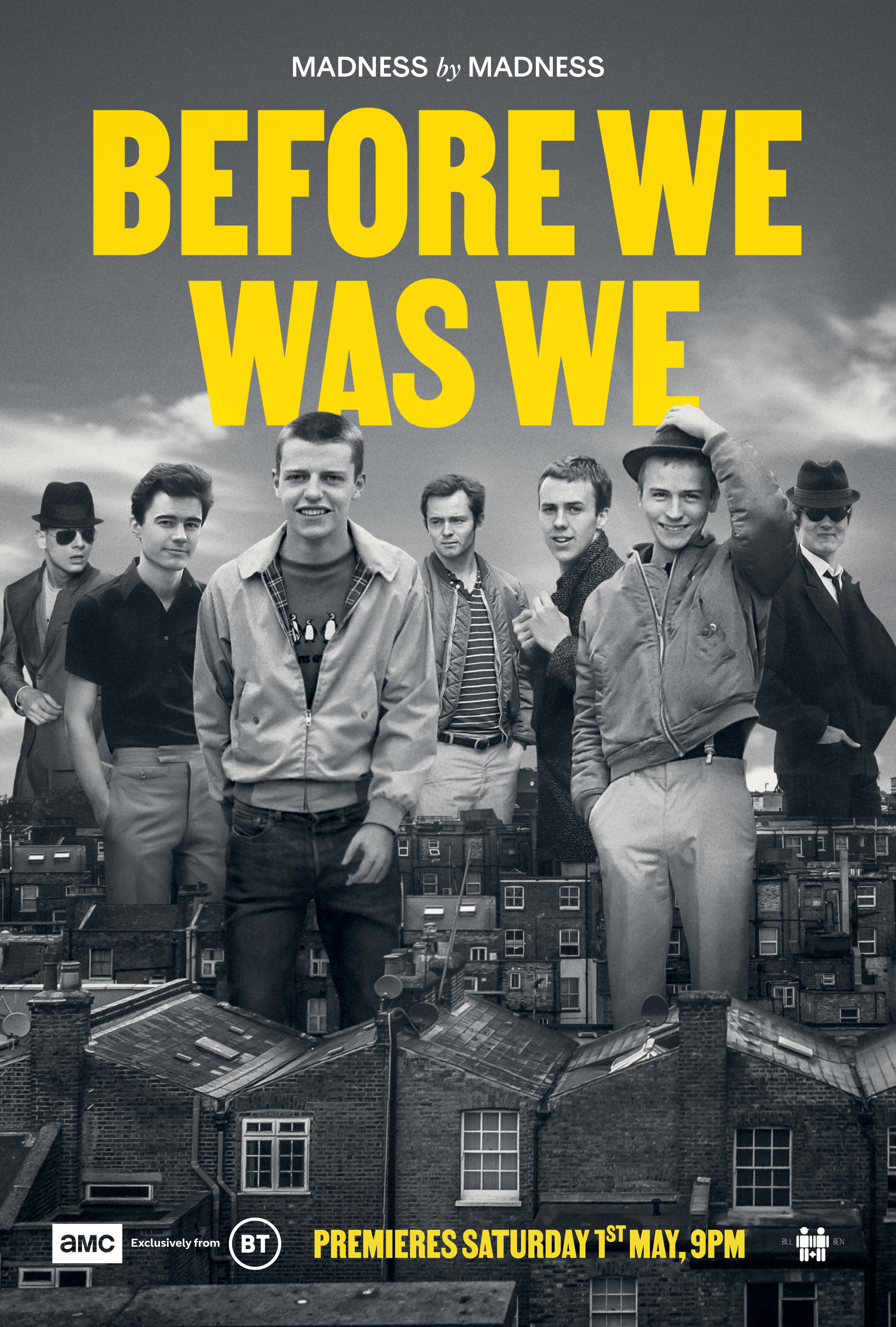 Before We Was We airs on May 1 at 9pm

And such was their indulgence in narcotics, the entire band are unable remember one of their first performances on TV.

Told he had played, children’s show Magpie, Woody said: “I wish I was there. Oh, was I? Great. Don’t take drugs. Don’t do no good at all.”