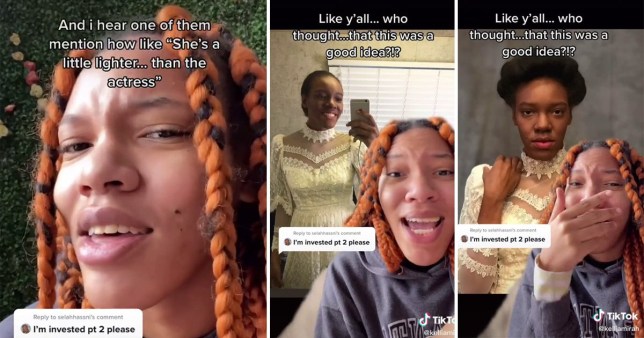 An extra on Lovecraft Country has gone viral over claims they darkened her skin tone (Picture: Kelli Amirah/TikTok)

Kelli Amirah, an extra on Lovecraft Country, has gone viral after revealing how her skin tone had been darkened by the show’s makeup artists.

The New-York based actress opened up about the experience in a TikTok video which saw her stitched a request to share her craziest story as an extra or background actor in a TV or film production.

Recalling her time filming the show in Georgia, the 23-year-old artist explained she had been cast to play a younger version of another character for a wedding photo that would appear on a show – which she later discovered was Lovecraft Country.

Kelli explained that she was surprised to get her own trailer and had her makeup done with the rest of the main cast, which is not the usual extra experience.

As she waited to get her makeup done, she recalled how the makeup artists were talking to each other about her look as one claims Kelli was ‘a little lighter’ than the actress she was made to look, though her ‘bone structure’ was the same. 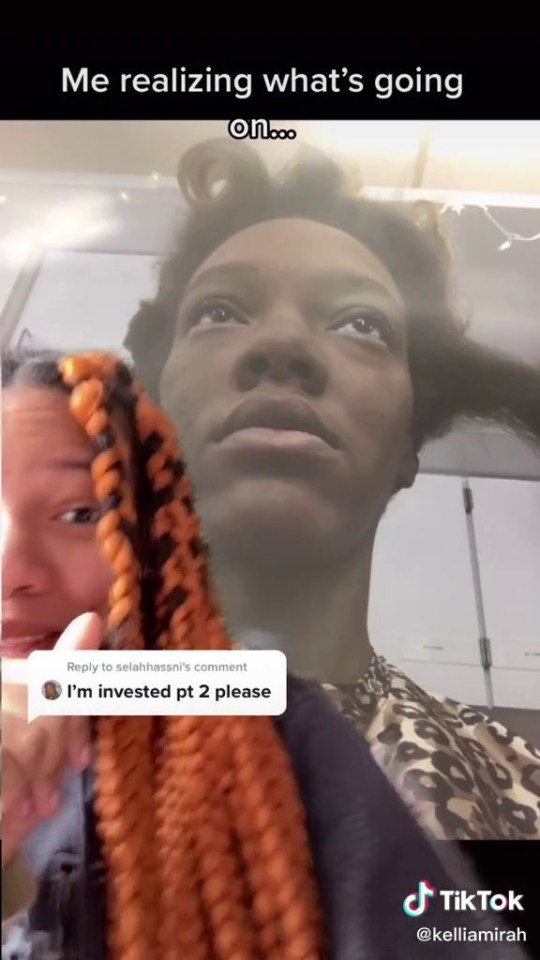 She recalled the incident on TikTok (Picture: Kelli Amirah/TikTok)

The actress claimed that she watched them apply foundation that kept ‘getting darker and darker’, painting both her face and her hands.

She stated she didn’t feel comfortable with what was happening but believed she couldn’t say anything because ‘I have no clout, no pull, no nothing.’ 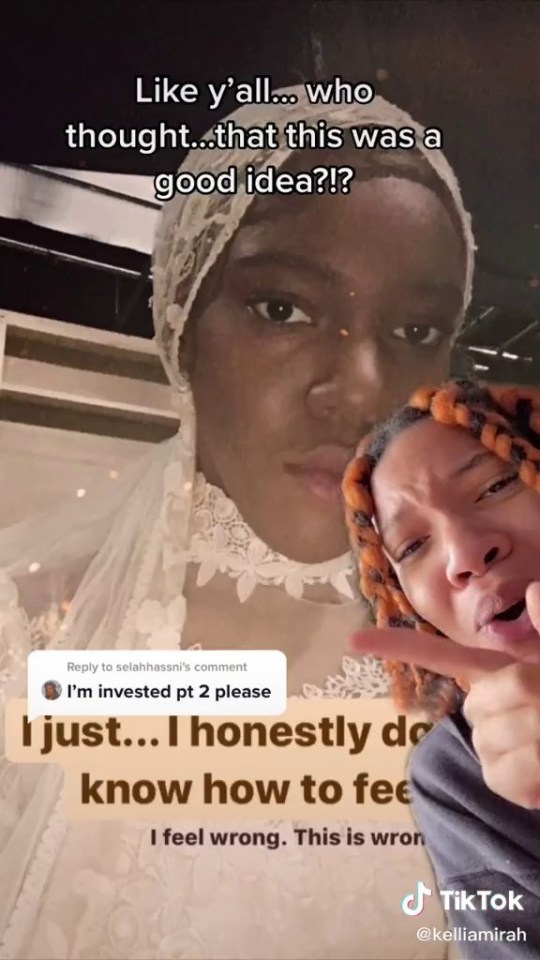 ‘I was so uncomfortable, I had no idea they were going to do this to me, and if I knew beforehand I would not have accepted the job,’ Kelli said as pictures of the finished result appeared.

Wearing a 1930s wedding dress, she could be seen in selfie pictures where she was sporting a much darker skin tone.

She captioned the video: ‘they really did me like Zoe saldana as Nina Simone’.

Her quip was in reference to 2016 biopic which saw the actress, who is of Dominican and Puerto Rican parentage, darkening her skin and wearing a prosthetic nose to portray Nina – prompting wide-spread backlash.

Lovecraft Country is available on HBO in the US and Sky Atlantic in the UK.