LOVE Island stars Millie Court and Liam Reardon popped a bottle of champagne today as they celebrated buying a £1million home in Essex.

The couple, who won this year’s installment, splashed the cash on a three-storey apartment in an Elizabethan mansion conversion, according to a new report. 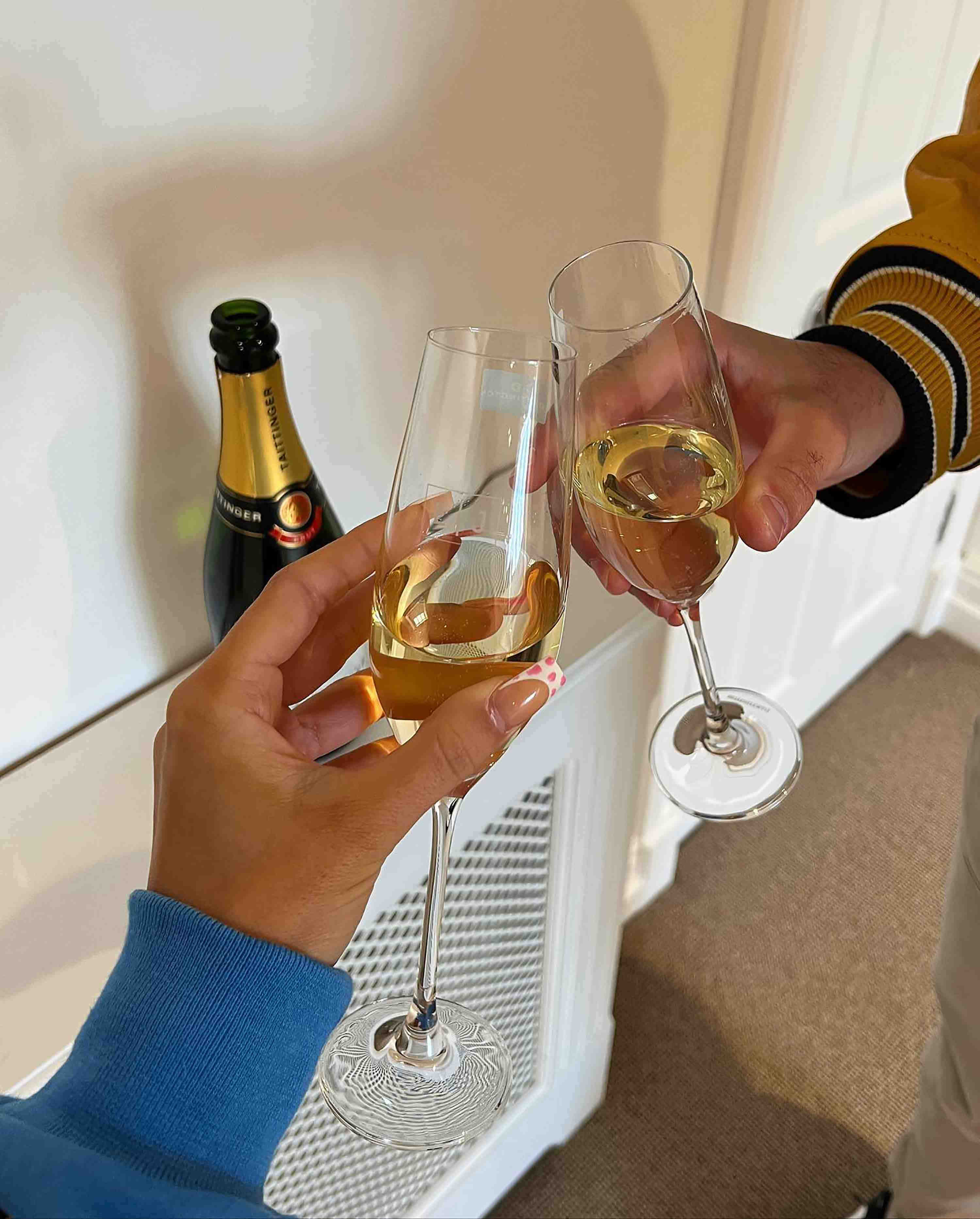 The pair toasted to their milestone with a bottle of champagneCredit: Instagram / Millie Court

Celebrating their milestone, Millie, 24, took to Instagram to share a glimpse inside the four-bedroom property as they toasted to their new chapter with a glass of bubbles.

In the first shot, Millie beamed as she donned a pair of black cycle shorts with a blue Drew House hoodie while Liam, 22, wore a leather varsity jacket, beige trousers and Nike trainers.

She then shared a photo of the pair toasting to their first home with a bottle of Taittinger champagne.

The Essex beauty also shared a photo of her kicking her leg up while seated on their large window sill and also a boomerang of them standing infront of their stairs while popping their bottle of bubbles.

After sharing the post, the couple were congratulated him by their Love Island pals Liberty Poole, 22, and Chloe Burrows, 26, as well as show alumni Gabby Allen and Amber Davies.

Millie’s post comes as the MailOnline reported the couple paid £1million for the new pad, which boasts sprawling grounds, three bathrooms, and a sauna.

The pair, who bagged £50,000 when they won this year’s Love Island, are “over the moon” with their first home and are “excited to make” it their own.

A source close to the couple told publication: “Millie and Liam are over the moon.

“They have been searching for a place they can call home since winning Love Island and finally now they won’t have to commute hours to see each other.

“It’s a big step but they see this as a new chapter and are excited to make the property their own.”

The property has four bedrooms with their own ensuites, a dressing room and is also located within twenty acres of countryside.

Earlier this week, the couple hinted that their move was imminent as they treated themselves to a shopping spree at Ikea.

Liam revealed the pair were struggling to find the right towels for their new Essex apartment.

In one clip, the Welshman could be heard saying, “Who knew buying towels would be so hard?” as Millie admitted her favourite colour and material weren’t in stock.

Despite their towel struggle, it appeared as though they got what they needed for their new abode as they left the shop with a trolley full of goodies.

Marking the day, Millie took to her own Instagram Story and shared a boomerang of Liam jumping for joy alongside the caption: “Our first home shop done.”

The pair’s home shopping spree comes after they initially said they weren’t going to live together for at least six months after winning the show.

The original plan was for the girls to rent somewhere in Essex and the boys to rent a place for themselves too.

But it seems they’ve had a change of heart, as Liam revealed: “We looked at two apartments today and we are looking at two more tomorrow and we will have a better idea of what we are going with!”

He added: “Exciting times ahead!”

Speaking previously about their plans, the Welsh hunk had said: “I love where I’m from but I would like to venture off and move to somewhere new and Essex seems like the perfect place really.

“I know some of the boys who were in the villa we got on so well and they mentioned moving in together and they’d like to move to Essex so that’s something I would definitely be considering and that’s my plan really, moving to Essex.”

Millie agreed at the time, saying: “We haven’t been away from each other yet to miss each other and do those things that you do in normal relationships. 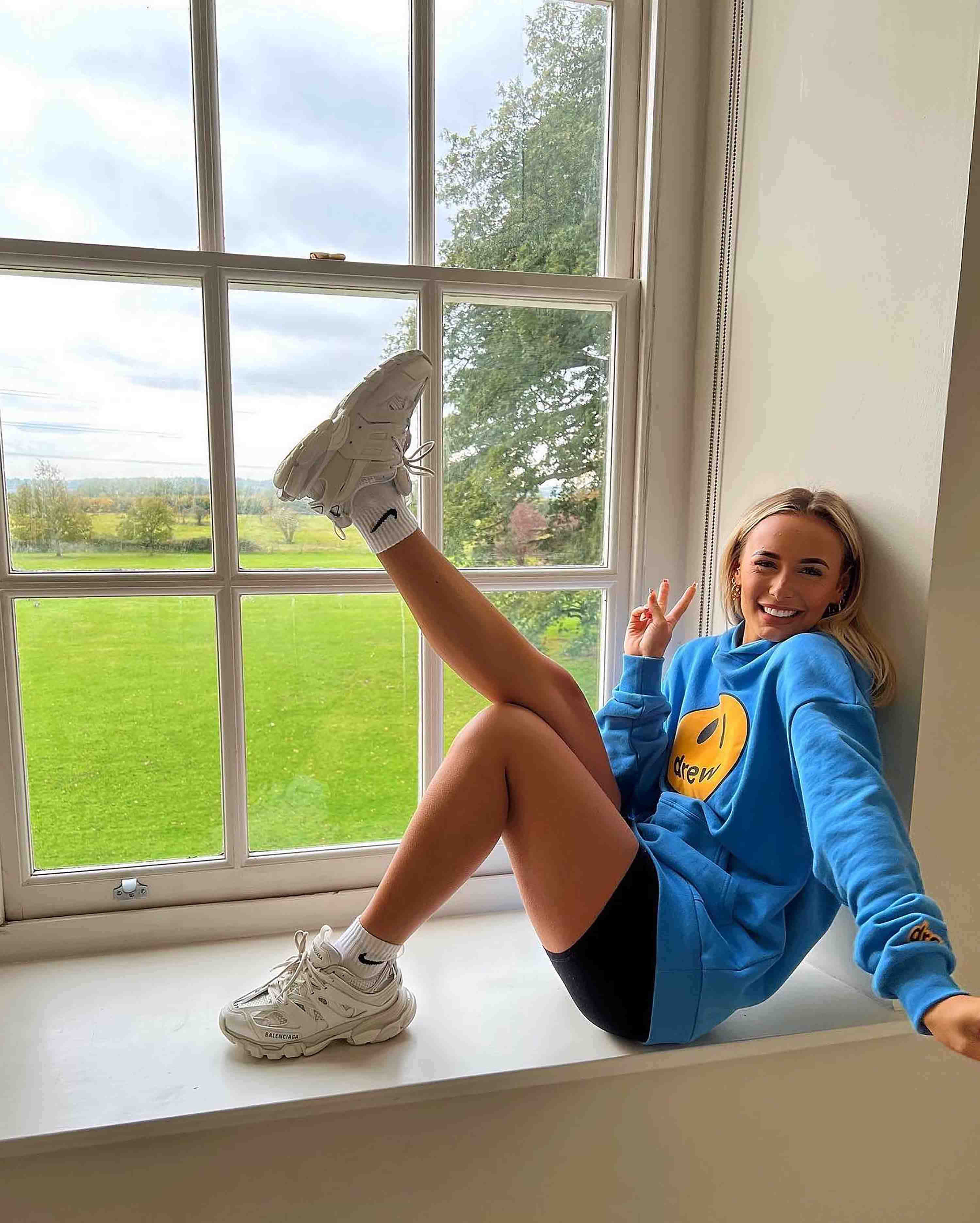 Millie posed in their window in one shotCredit: Instagram / Millie Court 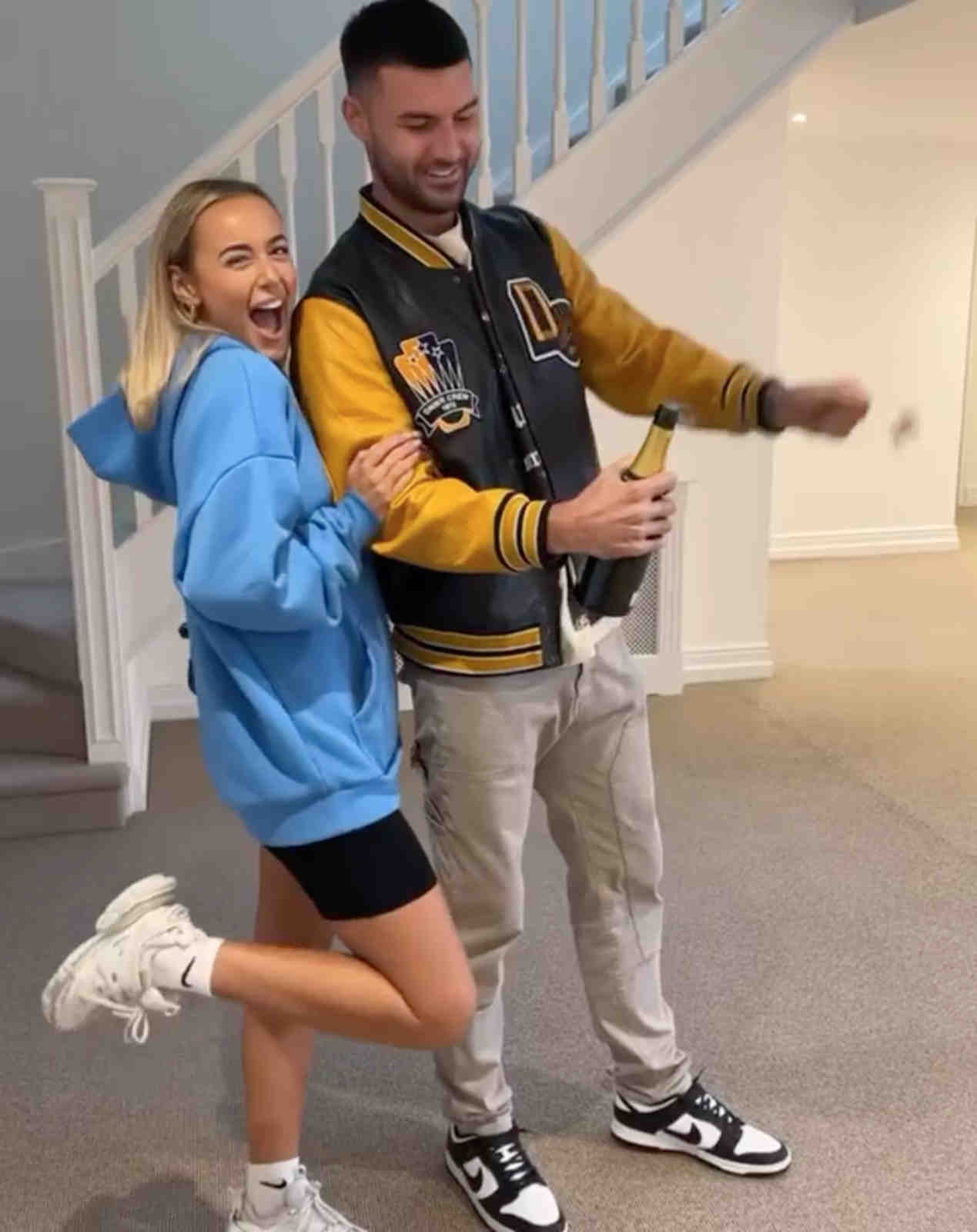 She also shared a boomerang of them opening the bottleCredit: Instagram / Millie Court 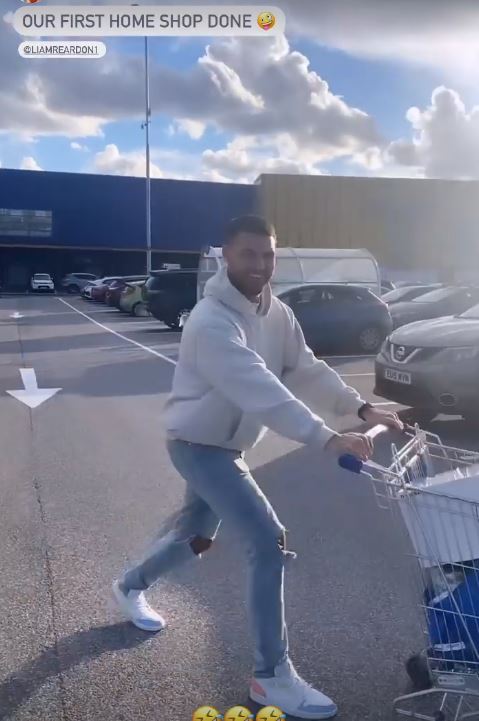 Liam and Millie went to Ikea earlier this week 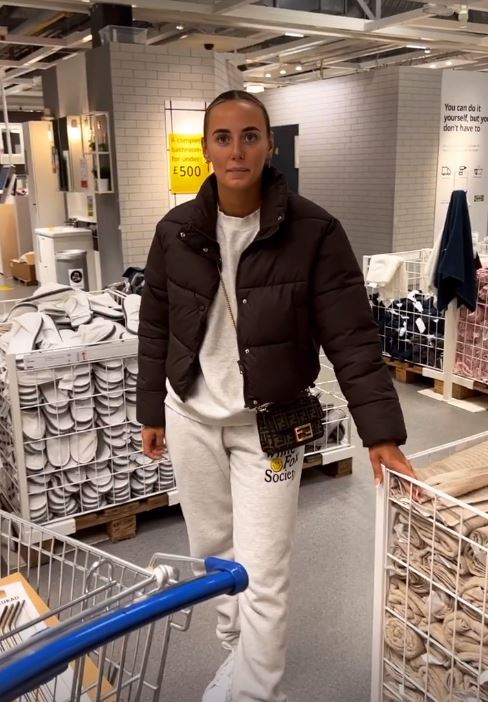 Millie had a difficult time choosing towels for their new apartment 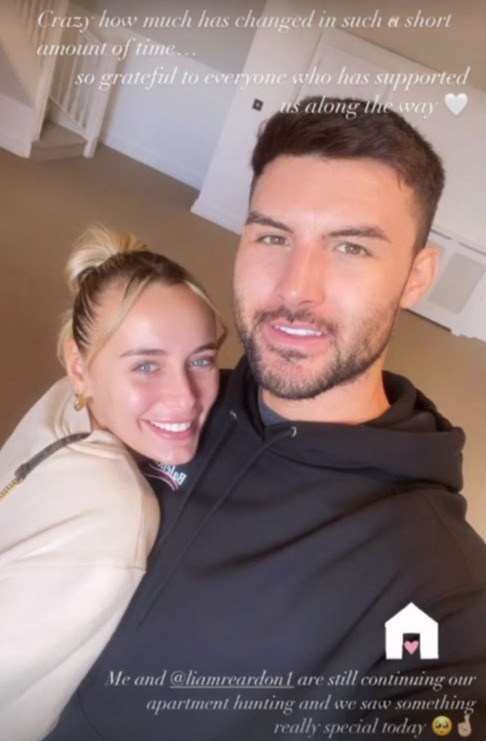 Last month, Millie told fans that she and Liam had found their dream home