A friend of Jake’s has spoken out in his defence amid claims of ‘toxic behaviour’ (Picture: ITV)

Love Island star Jake Cornish has been defended by a friend after his ex-girlfriend accused him of ‘gaslighting’ during their relationship, with the programme describing the claims as ‘disappointing to read’.

His former flame hinted at ‘mistreatment’ and alleged ‘toxic behaviour’ in now-deleted posts on social media, published by The Sun, after Jake claimed he had remained single during lockdown.

However a source close to the islander, 24, has slammed the claims saying: ‘This bears no resemblance to the Jake we know and love, who we hope viewers are seeing for themselves on screen.’

His ex wrote online that she was ‘hurting, angry and upset’ and insisted she wasn’t ‘being hateful’ by sharing her alleged experiences with her former boyfriend, who is coupled up with Liberty Poole on the show.

‘Lonely and single for eight months? Have a day off,’ she said.

‘A note to those who have told me/ messaged me to “be kind”, I’m a good person with a good heart, hurt mine and I’ll hurt yours. 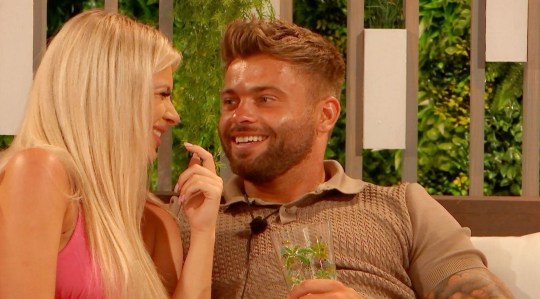 Jake is coupled up with Liberty (Picture: ITV)

‘I wasn’t aware he had applied or been accepted onto Love Island.

‘I realise how my comment may be viewed as being damaging, but it’s damaging when you’re being gaslighted. Toxic behaviour, denying and making you question facts and feelings.

‘Being angry doesn’t mean I’m being hateful it means I am loving myself enough to get upset at my own mistreatment.

‘Those of you who want to form an opinion are more than welcome to and I can only blame myself for the response to my post. However, I am a human being who is hurting, angry and upset.

‘I shouldn’t have to keep quiet about it along with anyone else who might feel the same way toward someone. Everyone is entitled to share their own, personal stories and that was mine.’

Love Island told Metro.co.uk: ‘Jake has no means of defending himself from these labels, which are no doubt hurtful for his family and friends to read.

‘It is particularly disappointing to read at a time when we are encouraging viewers to Be Kind.’ 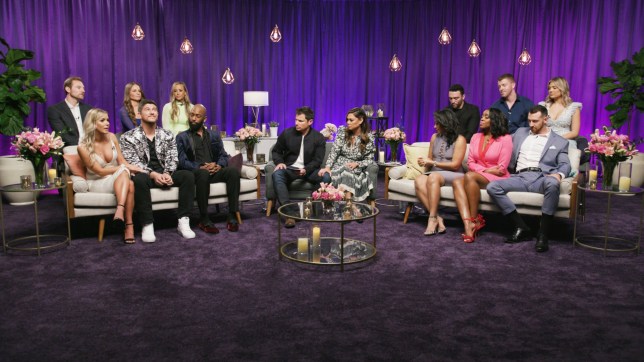