LOVE Island stars could be seen reacting to England’s Euro 2020 loss after being ALLOWED to watch the final in a shock U-turn.

Earlier this week, it was thought that producers would ban the Islanders from knowing about the historical event, with the villa completely cut off from the outside world.

The Islanders got to watch the Euro 2020 final

But at the start of today’s After Sun, host Laura Whitmore revealed that there’d been a change of heart – and the stars were thrilled to hear the news.

Chloe received a text that read: “Islanders, tonight you will be able to watch the England football team play Italy in the final of the European Championship! #ItsComingHome”.

The whole group cheered and whooped, with Jake and Toby so excited that they ran and jumped into the swimming pool.

However, they were less jubilant while watching the defeat, stood with their arms around each other while nervously taking in the penalties. 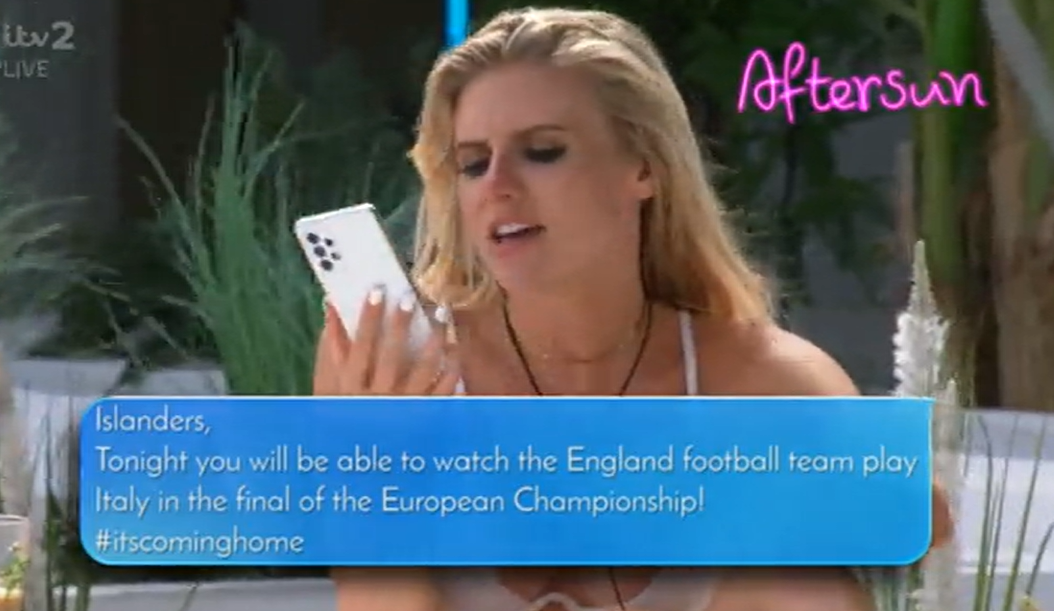 Bosses pulled a huge U-turn with the decision 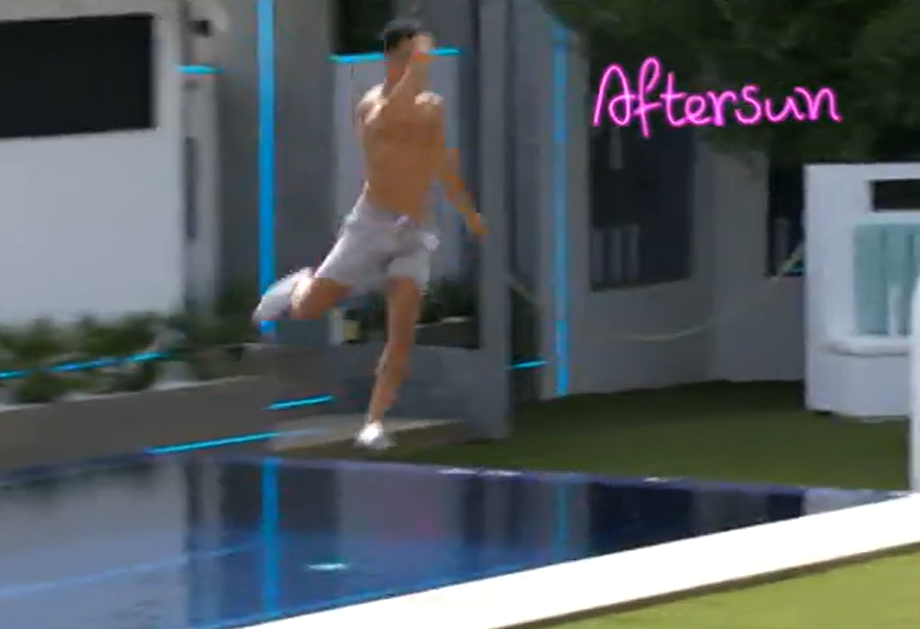 The boys jumped into the pool in their excitement

When Italy were confirmed as the winners, they all shouted in despair, with the boys putting their heads in their hands.

Brad even shouted: “What a f***ing idiot” about the missed penalty.

Speaking live from the Beach Hut later in After Sun, Liberty gave more of an insight into the experience. 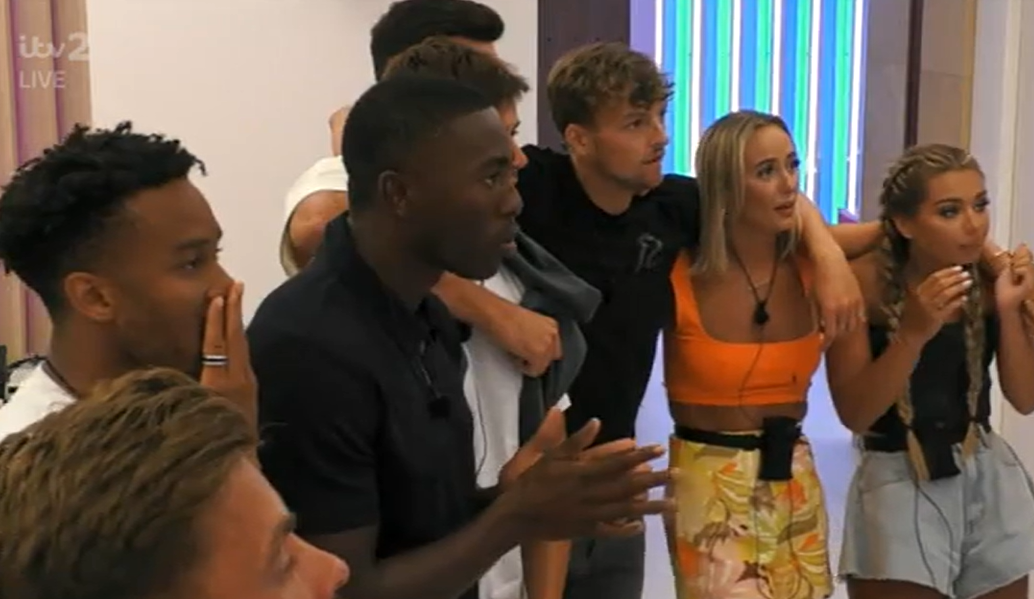 The gang watched the tense game together 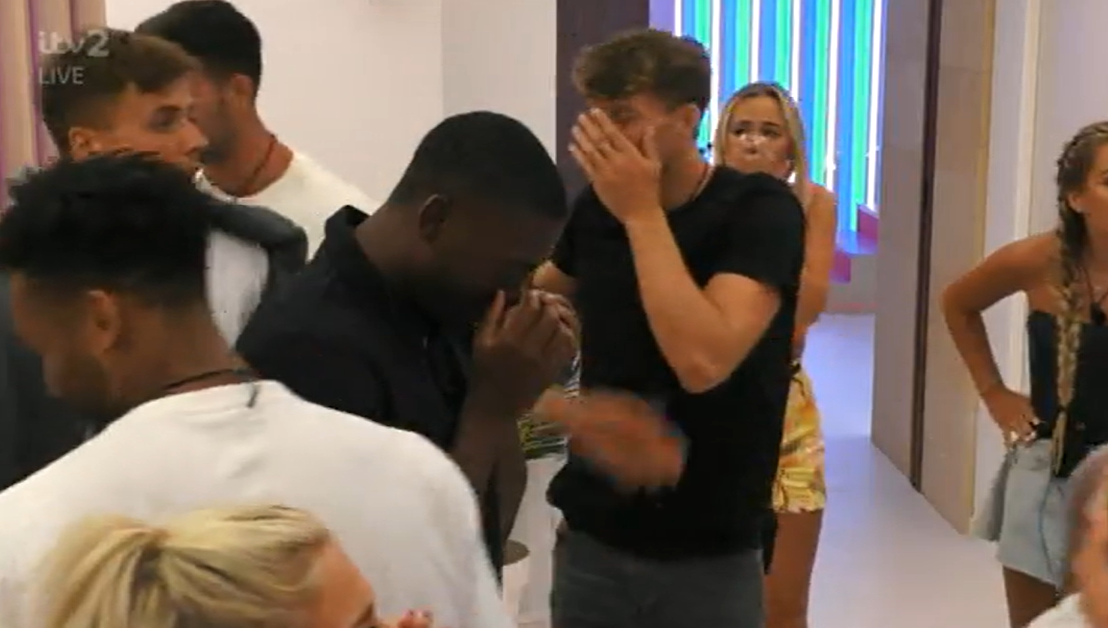 And were devastated by the result

“Everyone couldn’t believe it, we were all there watching it thinking we had a chance. Jack Grealish should have been on penalties I think.”

Liberty went on: “It was nice to watch – the lads were proper into it, Jake was chanting all the way through it.”

The Three Lions put on an impressive and respectable performance – but it was Italy who were victorious at the end.

England got off to a great start, with Luke Shaw scoring within the first two minutes of the game.

However, Italy scored in the second half – forcing us into extra time.

The two teams remained equals, and it was penalties that proved to be England’s downfall – with Italy getting three out of five into the goal, and England only two.