Paige Thorne says she went on Love Island to get back at an ex (Picture: ITV/Splash News)

Love Island star Paige Thorne has revealed that the only reason she signed up was to make her ex jealous after he dumped her over text.

While Paige recently dumped boyfriend Adam Collard, not that long ago she went through another big break up.

The Welsh paramedic admits her reason for agreeing to Love Island is ‘petty’ but, honestly, it’s also rather iconic.

‘The real reason I went on Love Island is the pettiest reason you’ve ever heard Vick, you’re going to cry,’ she said, speaking to Vicky Pattison on her podcast The Secret To.

Explaining how she was spurred on by a broken heart, Paige continued: ‘I’ll give you the brief version, I won’t bore you, right, I was in an 18-month relationship with this guy, it was a Tinder date and ended up in an engagement right… anyway, he texted me one day like, “I’m breaking up with you,” out of the blue and I was like, ok, we’re meant to be getting married but whatever.

‘I was like heartbroken and, when I say heartbroken, I went down to seven stone like, I was depressed… and then I found out he was on Tinder within like a week and I was like you little s***. Right, if you can do Tinder, well guess what, I can do Love Island then. So, f*** off. And that’s what I did.’ 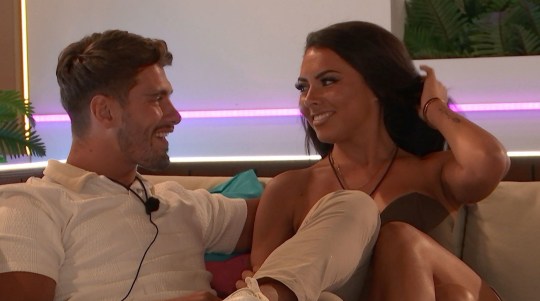 Sparks initially flew between Jacques and Paige in the villa (Picture: ITV/Shutterstock)

When she first stepped foot in the villa, Paige formed a connection with Jacques O’Neill, but he did the dirty on her and kissed someone else.

While she eventually recoupled with Adam Collard and they left the villa together, they recently broke up after it emerged that he had been spotted out and about with other women.

‘The little silly person I am, I was trying to defend him and say it’s fine,’ she told Vicky about her reaction when photos of him with his arms around another woman came out. 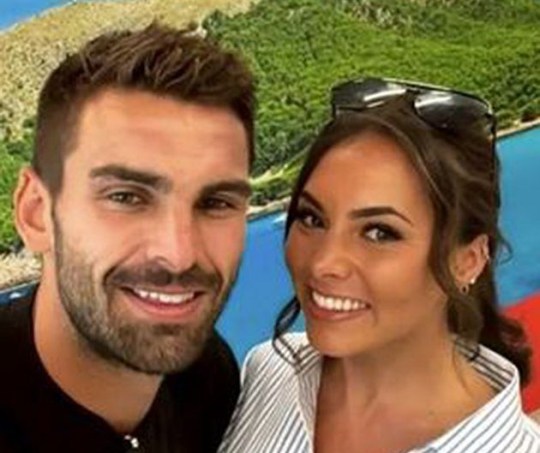 But, she also said that her and Jacques had been in touch recently and they were on ‘good terms.’

However, Paige quashed any hope of a reunion, as she wants to be single for the foreseeable future.

‘I have vowed now that I am going to be single for a very, very long time Vicky, very. It’s not for me anymore. In one year, I’ve had three failed relationships and we’re only in October,’ she said.

But, as Vicky said, Paige is having the last laugh against her ex’s as ‘half the country fancies you.’