LOVE Island is bringing another hot new bombshell into the villa tomorrow night after the show says goodbye to one of its stars.

The Sun can reveal bosses have lined up another major surprise – leaving no time for the cast to shed tears over Brad McLelland or Lucinda Stafford leaving the villa tonight.

Love Island is sending in another new bombshell TOMORROW after either Lucinda or Brad is dumpedCredit: Eroteme

A source told The Sun: “There a new bombshell being sent in tomorrow – and this one is guaranteed to turn heads from the moment they join the villa.

“The couples might think they’re about to get a moment or two to settle down but that’s not the case.

“The new arrival is sure to send everyone into chaos once again, just like when Lucinda and Millie joined.”

It comes after Brad and Lucinda were faced with the toughest task of the series so far – deciding which one of them will be dumped from the villa.

In a brutal twist that no one saw coming, the pair were voted the least compatible by viewers and as a result will be separated.

It was a cruel blow for Northumberland lad Brad having only just been on his first ever date with the blonde bombshell.

One couple with apparently no such worries is Liam Reardon and Millie Court.

They enjoyed a saucy stay in the hideaway that saw them raid the kinky drawer of goodies under the bed.

Essex girl Millie put on a nurse’s outfit and straddled Liam as he lay face down.

The raunchy antics had viewers convinced they’ll be the first couple to go all the way this series.

At the other end of the emotional spectrum last night was Liberty Poole, who had a wobble worrying about her partnership with Jake Cornish.

The bubbly pair have been an item since day one and have both admitted to catching feels – but Jake previously said he could have his head turned.

With Liberty becoming increasingly attached, she revealed her fears at not being good enough for her man. 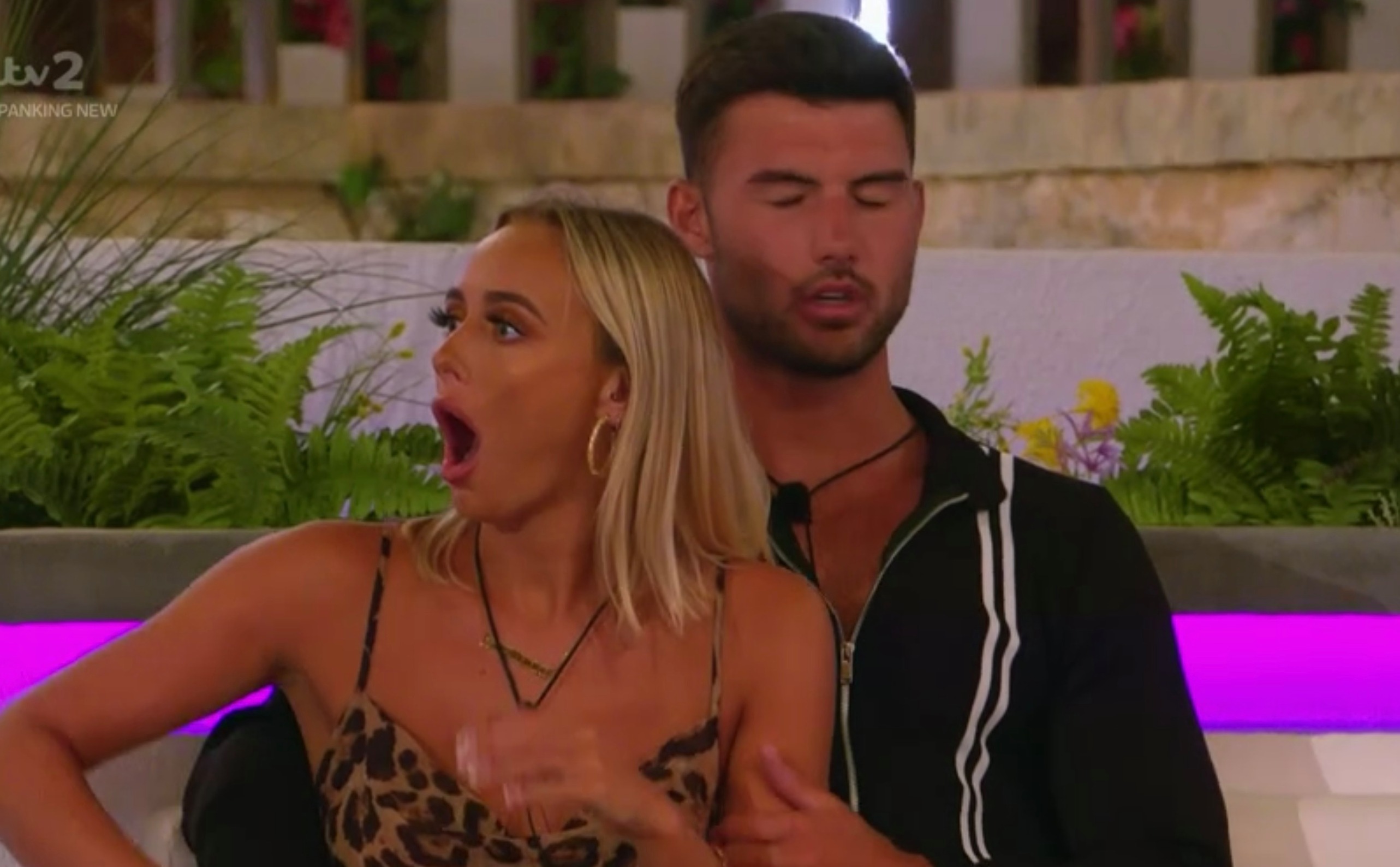 Millie’s jaw drops as her pal Lucinda is at risk of being dumped tonightCredit: Eroteme