LOVE Island threw the biggest reunion party since the show ended last night – all in honour of Lucinda Strafford’s birthday.

Show heavyweights including winners Liam Reardon and Millie Court descended on London and exes Liberty Poole and Jake Cornish shared a room for the first time since the villa. 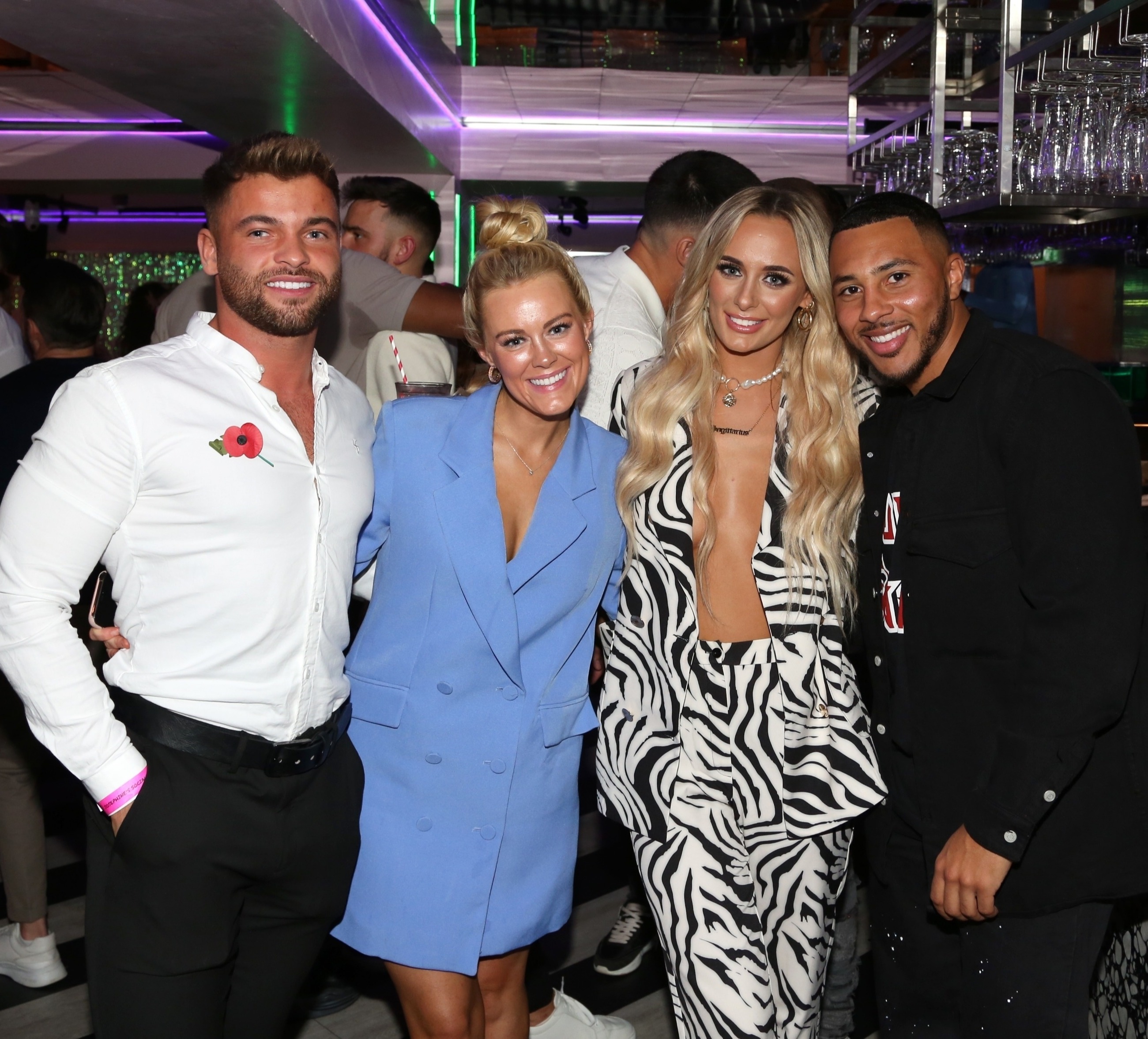 Jake Cornish posed with some of his former villa co-starsCredit: BackGrid

The pair, who split and then walked off Love Island before its finale, did not face each other at the official reunion because he was unwell.

However, both were present at the bash at celeb hotspot Tonight Josephine near London’s Waterloo station.

In a sign that perhaps they are still not all that friendly, they were not pictured together though they did pose for shots with their own pals.

Liberty was reunited with villa BFF Kaz Kamwi, 26, who was dressed entirely in white in contrast to her pal’s all-black outfit.

Liam, 22, and Millie, 24, put on a loved-up display, kissing in front of the cameras. She also posed in a striking braless zebra-print outfit.

Meanwhile birthday girl Lucinda, dressed in pink, was seen with presents including a huge portrait of herself and smiling by a towering 22nd birthday cake.

She also posed alongside former co-stars including Chuggs Wallis, Aaron Francis and Hugo Hammond, who were also all invited.

Notable absentees included Chloe Burrows and boyfriend Toby Aromolaran, though she did sent a present and a message on Instagram.

Also not appearing to make the trip were Faye Winter, who has recently had her lip fillers dissolved, and Teddy Soares.

In video posted on Instgram, the gang partied late into the night with Chuggs dominating the dancefloor in a flying jacket.

The girls congregated in the ladies’ toilets for videos and Kaz and Aaron were seen doing shots together. 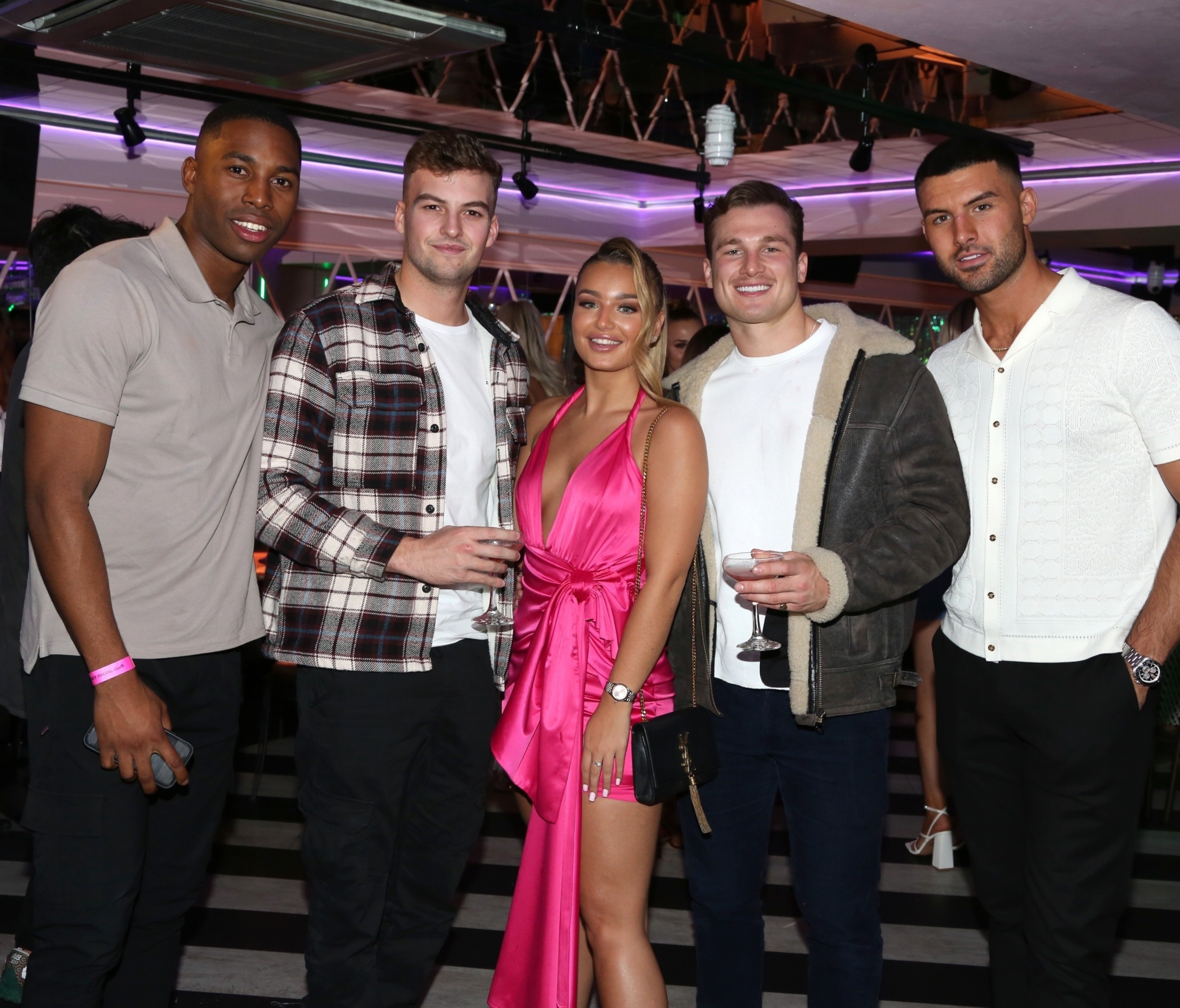 Aaron, Hugo, Lucinda, Chuggs and Liam were reunited in a London barCredit: BackGrid 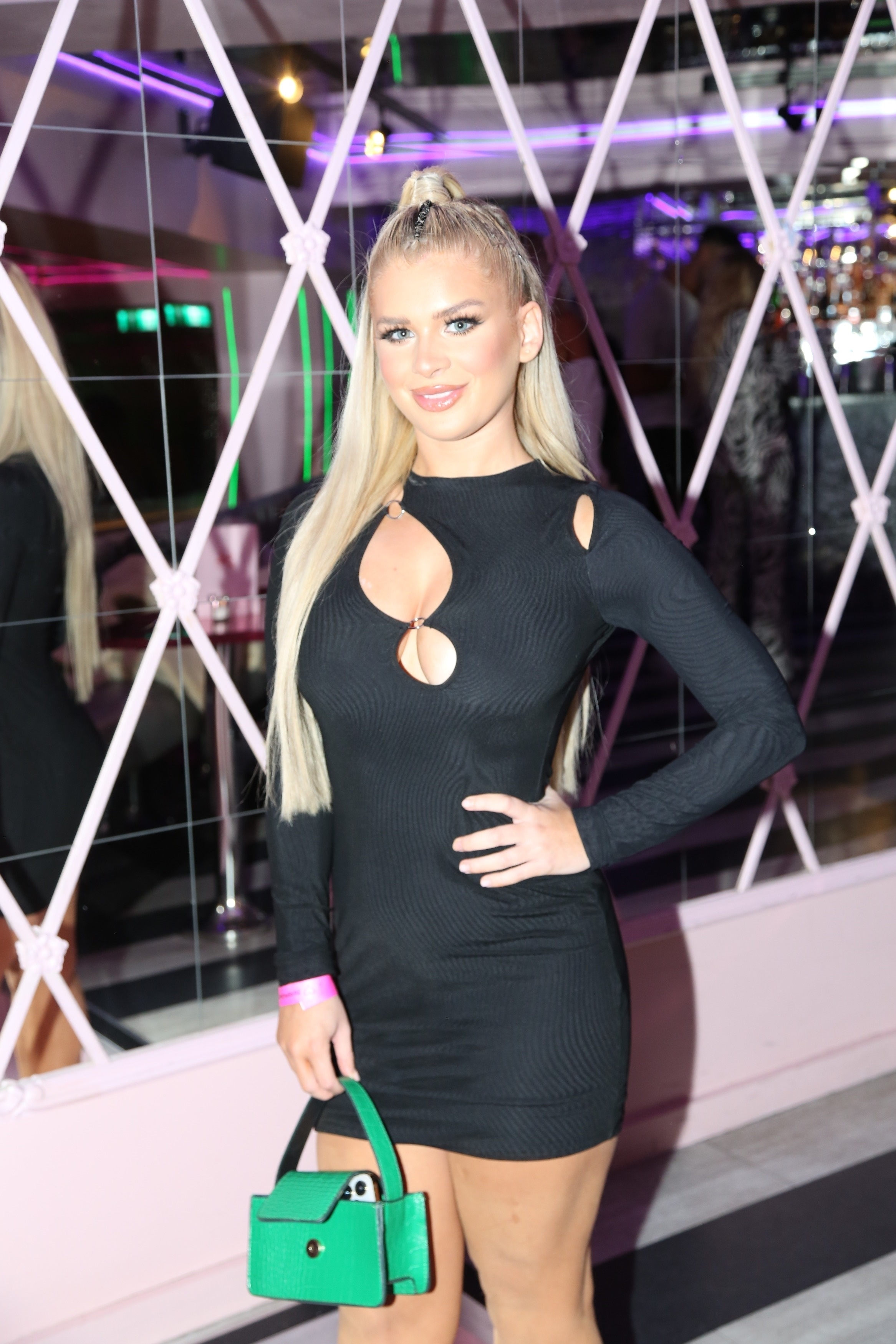 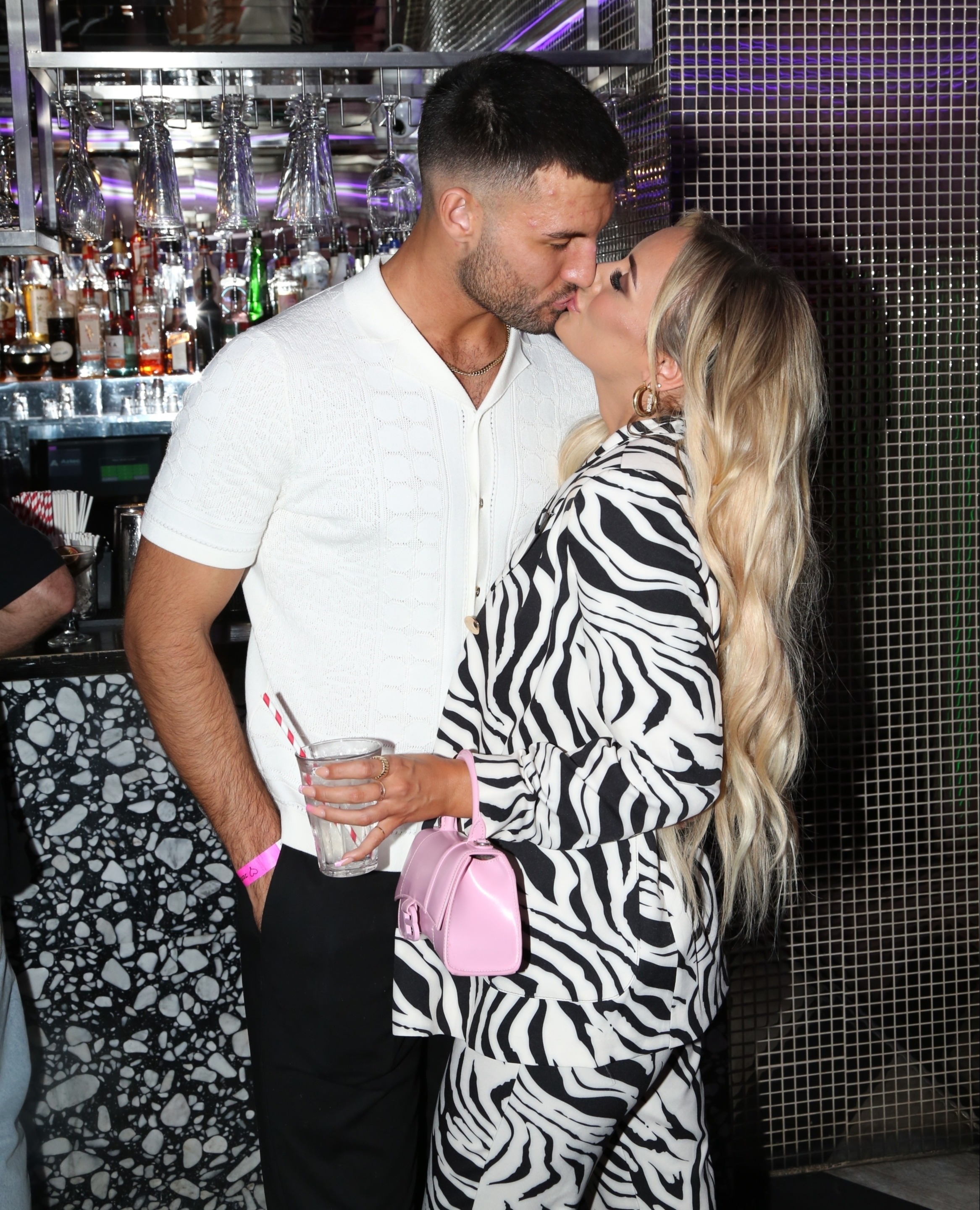 Liam and Millie kissed for the cameras at the upmarket Tonight JosephineCredit: BackGrid