We don’t know where we stand with the islanders after tonight (Picture: ITV)

Love Island finally delivered a very memorable episode, after a week of pretty half-hearted couples bonding in the villa.

It’s nearly been a whole seven days since the fans met 10 new islanders for the first time, but so much has happened that we now need a holiday to Mallorca ourselves to help calm down.

Tonight, fans saw the first departure from the series, as Liam decided to wave goodbye to his fellow contestants after a turbulent week. Before that though, he delivered a beautifully honest speech after gathering everyone around the fire pit to announce some big news.

He told them all: ‘We all came here for the same sort of reason, but I don’t feel like I’ve been giving 100% Liam. I’m miles off that. This isn’t a spur-of-the-moment type of thing, so yeah I’ve made a decision that I am going to leave the villa. It’s been a breeze – it’s been an absolute ball. You’re all unreal.’

His fellow islanders all applauded him for opening up, and Gemma soon got the chance to repair the slight tensions that had arisen between them. Clearly blaming herself for his decision to leave, Liam did a great job at reassuring her and left the villa with his head held high.

Viewers were also left gutted by the decision, so we’re sure it’s not the last we’ll see if this cheeky chappy. 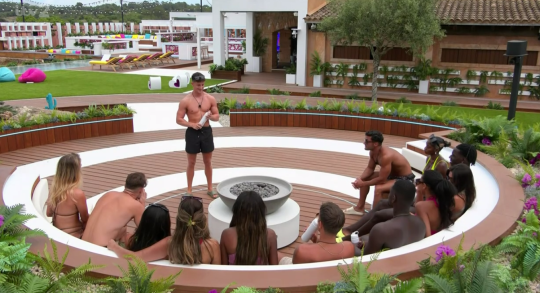 Liam had something to tell the islanders (Picture: ITV)

It also acted as a bit of wholesome viewing after the beginning of tonight’s episode aired wild scenes in which Davide expressed his anger at Luca pulling Gemma over for a chat.

While he insisted he ‘didn’t give a f**k’ over the fact Luca wanted to talk to her, he was angry he hadn’t approached him to let her know first.

Seriously, who’s really out here planning all their conversations? 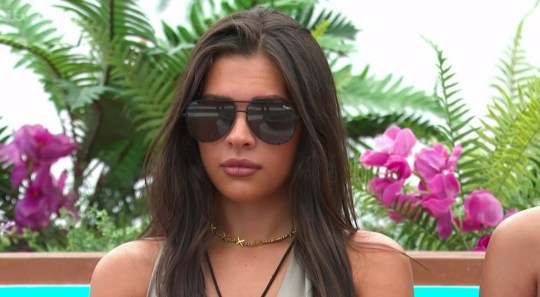 Gemma was back, and so were her mega sunnies (Picture: ITV)

His fellow Italian gave a brutal response inside the beach hut: ‘It’s a hard one, she’s my Italian bro but I’ve also got half English in me, so f**k it,’ as he later reminded Davide: ‘We’re not getting married, we’re just having a chat.’

A very valid point. All the lads should be remembering this at this early stage.

With Liam now gone, the recoupling remained the main thing on the islanders’ minds as they got ready for another night of partying.

There weren’t too many wild changes between the five duos, with Tasha Ghouri sticking with Andrew Le Page and Dami Hope choosing Amber Beckford, in what are both shaping up to be quite cute pairings. 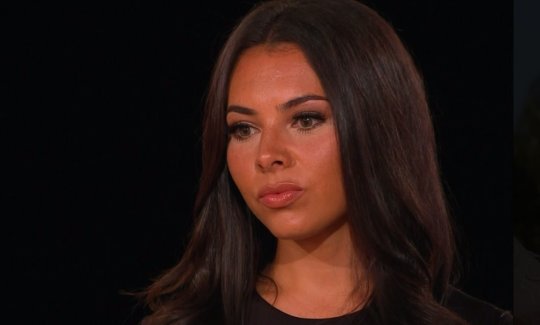 Meanwhile, Ikenna chose to remain with Indiyah Polack, despite upping the flirtation with Afia. But we don’t think this rules out the chance of more to come between these two.

Then came the tricky decisions. Luca stuck true to himself and surprised no one by opting to couple up with Gemma, while Davide picked last night’s stand-out Ekin-Su.

The results of the recoupling meant cheery paramedic Paige and newcomer Afia were left single and therefore vulnerable. Luckily, due to Liam’s decision, they were told they were to remain in the villa – for now.

What they didn’t yet know at that moment was there was another bombshell on the horizon.

Viewers were elated as not only did they get the return of the famous teaser clips, but it was revealed the newbie was none other than Gemma’s ex-boyfriend.

In the words of Liam, absolute carnage.

While the show itself hasn’t confirmed his name, Love Island fans are reliable super-sleuths and have already worked it out.

ð Castleford Tigers can confirm that the Club has agreed to release Jacques OâNeill from his contract to allow him to pursue another opportunity.

Don’t worry, we’ll be straight on the sofa waiting patiently to get all the goss on Sunday night too.

Other (dis)honourable mentions from tonight include Dami asking Amber to call him ‘daddy’ (which she hilariously responded with ‘ew’), Andrew’s weird sex dreams about Tasha, and Ikenna wanting to treat Indiyah like ‘one of the boys’, which got a suitably confused reaction from… the boys.

There was so much more to like about this episode, leaving us all with a great twist meaning viewers are more than satisfied to wait until Sunday for it to happen all over again.

Meanwhile, the islanders are starting to work out what they want and fight their corners, but it doesn’t mean to say there isn’t room for a few sweet moments, either.

After an iffy start, Love Island seems to be picking up the pace and settling back into the show viewers know and love. We can’t wait for more.

Love Island continues on Sunday night at 9pm on ITV.