Hold onto your hats Love Island fans – Casa Amor is on the horizon.

The villa’s name may translate to ‘House of Love’, but the annual feature arguably provides the most drama and heartbreak in the entire Love Island series.

The feature introduces plenty of new bombshells and endless amounts of temptation for the contestants.

Always sure to shake things up, producers split the girls and boys into two villas and tempt them away from their current romances with a whole new set of potential love interests.

With the second villa being teased, just when will Casa Amor start in 2022?

When will Casa Amor start?

Casa Amor was introduced at the end of Friday’s episode on July 1, meaning that Sunday, July 3 will be the first full episode dedicated to Casa Amor. 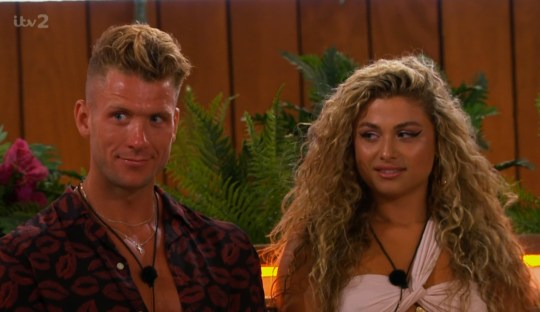 Charlie and Antigoni were booted out on Friday night (Picture: ITV)

After both Charlie Radnedge and Antigoni Buxton were brutally dumped out of the villa, Friday’s events ended with Paige Thorne, Indiyah Polack, Ekin-Su Cülcüloğlu, Gemma Owen, Tasha Ghouri and Danica Taylor being introduced to their new temporary home.

Tasha then received a text message that read: ‘Girls welcome to Casa Amor, – You’ll have six new boys to get to know.’

The episode came to a close with a brief teaser of Sunday night’s sure-to-be sizzling episode, showing a cast of new single girls stomping into the original villa, ready to heat up the series once again.

How long does Casa Amor last?

Casa Amor goes on for around three to four days, just long enough for heads to be turned and for the infamous postcard to be sent to the main villa.

Contestants are then asked whether they want to stick with their original partner, or couple up with one of the new singletons.

Casa Amor has been responsible for some of the biggest breakups in Love Island history including the temporary split of last year’s winners, Millie Court and Liam Reardon.