Luca wasn’t happy to hear he’d been voted one of the ‘least compatible (Picture: ITV)

Love Island’s Luca Bish was left fuming after realising three other couples had voted him and Gemma Owen as one of the least compatible.

Luca and Gemma, Tasha Ghouri and Andrew Le Page, Ekin-Su Culculoglu and Davide Sanclimenti all had votes from other islanders, while Adam Collard and Paige Thorne were also left vulnerable and ultimately dumped from the villa following the public’s votes.

However, the other islanders seemed to handle it with a pinch of salt, with Ekin-Su promising to ‘put things behind’ her despite knowing that all four other couples had voted for her and Davide.

After knowing the public had saved him, Luca sat down again by the firepit and whispered to Gemma: ‘Ooh I’m gonna have some fun tonight,’ hinting at the fireworks that were going to explode through the villa.

As Adam was packing up his things from the boys, Dami Hope confessed to Luca: ‘I did vote for you,’ to which the fishmonger chillingly replied: ‘Yeah I worked it out.’ 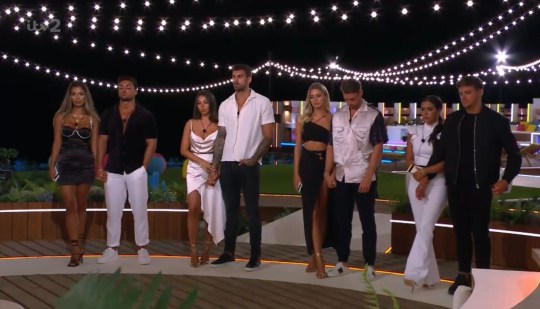 Davide chimed in: ‘Me as well, but I had the vote from all of you guys but I’m fine with everyone.’

Luca replied: ‘The people I voted for I don’t give a f**k’, adding that he sounded ‘angry’ because: ‘F**king all I know is how good me and Gemma are, but then three of you voted for me.’ 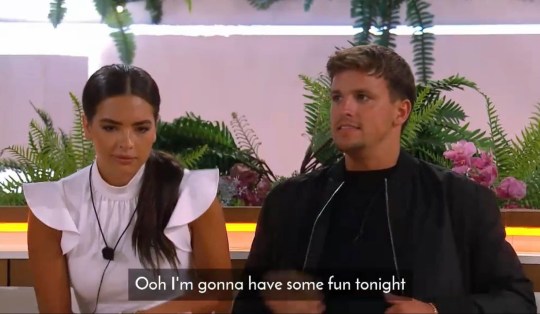 He was seething (Picture: ITV)

Later on in the evening, Luca and Gemma sat down with Indiyah Polack and Dami, and while Gemma remained calm, Luca was seething.

Indiyah tried to explained: ‘We know that arguments are normal, but it’s the stuff that you’re arguing about, small little things like you lot in the challenge and your protectiveness, I just feel like it was blown out of proportion.’

Dami chimed in, adding that Luca and Gemma’s personalities ‘might clash’. 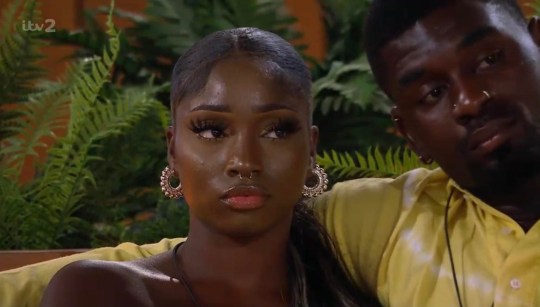 Indiyah and Dami were left explaining their vote (Picture: ITV)

While Luca tried to argue back, Gemma calmed the situation down saying: ‘That’s their point, they can say it without us trying to fight back.’

Luca eventually looked like he’d hand enough, telling Gemma: ‘We know about it and that’s what matters,’ as he and Gemma walked off.

Indiyah and Dami later agreed that Gemma knew exactly where they had been coming from, as Michael Owen’s daughter took Luca aside to calm things down.

‘The more and more I look at you, you do make me smile,’ Luca finished.