This week is going to be interesting (Picture: ITV)

Casa Amor is well and truly underway in Sunday’s instalment of Love Island, and it looks like we’re in for a bumpy ride.

Following Antigoni Buxton and Charlie Rednage’s brutal dumping in Friday’s episode, fans saw the girls being whisked away to the beloved villa – which tests the romances between our favourite islanders as they’re split up and tested with a new batch of sexy singletons.

Tonight the OG girls were introduced to six new boys – Ronan Keating’s son Jack among them – aiming to tempt them away from their current partners, and win status as an Islander.

While six stunning bombshells made their way into main villa, Dami Hope and Jacques O’Neill, teased there could be ‘trouble’ ahead.

And they certainly weren’t lying!

Billy and Paige hit it off 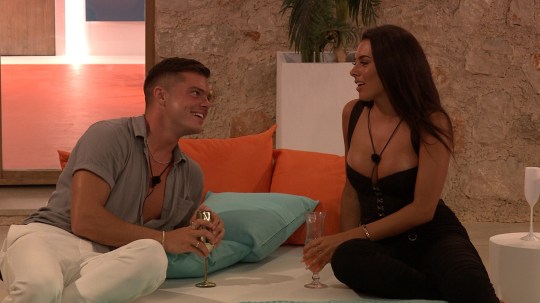 New boys, Deji, Josh, Billy, Jack, George and Samuel entered the Casa Amor villa in style, and although the girls did everything in their power to work out who they had their eye on, the guys remained tight lipped.

After Paige Thorne, 24, made sure the boys weren’t ‘eavesdropping’ on their conversation, the paramedic admitted that she liked Billy’s vibe.

After Paige guessed his birth month correctly in a playful game, Billy treated the paramedic to breakfast (but no poached eggs).

Fellow islanders couldn’t help but notice their lively interactions, but would she be open to getting to know him on a romantic level?

Only time will tell!

The new girls enter the villa 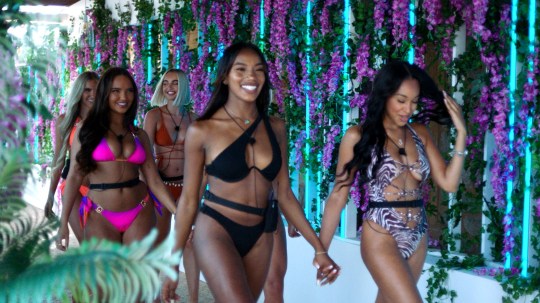 The new girls are set to shake things up (Picture: ITV)

After finding out that their girls will be living it up in Casa Amor for the next few days, the boys (who couldn’t have been more excited) packed them a suitcase and even put some personal mementoes, (seriously, we really hope Indiyah finds Dami’s ring).

The following morning, new bombshells, Summer, Coco, Molly, Jazmine, Chyna, Mollie and Cheyanne were intrigued to know where things stand between the boys and the OG girls.

Although Luca stressed that he’s keen to talk to the new girls, he also emphasised that he is missing Gemma and he is ‘semi-closed’ off – to Dami and Jacques’ annoyance. 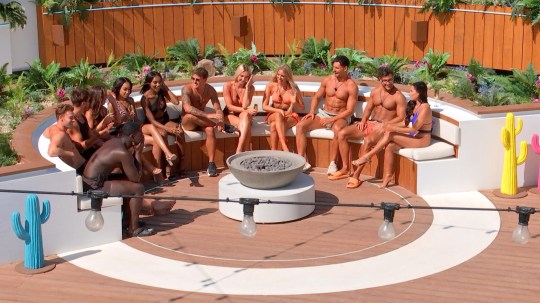 The boys got to know the newcomers (Picture: ITV)

The fishmonger has been visibly smitten with Gemma (and her toes) since week one, and while we can’t imagine his head turning at any point, we witnessed newcomer Mollie expressing a keen interest in him.

Will Luca stay true to his feelings, or could the next few days present a change of heart?

Andrew doubts his future with Tasha 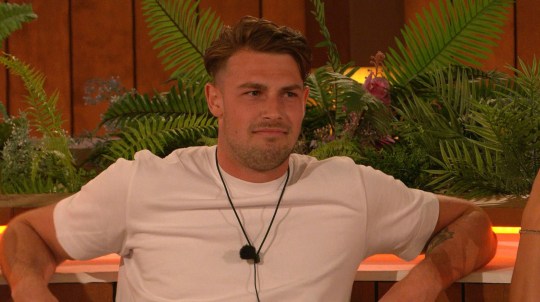 Andrew had grilling from the new girls (Picture: ITV)

After the new girls touched (stamped) on Andrew Le Page’s current situation with Tasha Ghouri, the estate agent started to question whether ‘he’s been taken for a mug.’

Luca Bish reminded him that he ‘shouldn’t let their opinions’ affect how he feels about the dancer.

The couple have been solid since the beginning – but the last few episodes have presented a lot of ups and downs between the pair, especially after Tasha revealed she was open to getting to know dumped islander Charlie.

But Tasha and Andrew were back on track, and Tasha even hinted to Ekin-Su Cülcüloglu that she’s ‘falling’ for him during Friday’s episode.

However, if tomorrow’s teaser is anything to go by, it looks like someone else has caught Andrew’s attention!