Omer was hoping to get one of the girls’ numbers after breaking in to the Love Island villa (Picture: Rex / Instagram)

YouTube star Omer Majid could not believe his luck when he found the front door to the Love Island villa ‘unlocked’ as he broadcast a break-in live on his channel.

The 21-year-old claims he hoped to get a phone number from one of the girls after planning the intrusion for a week.

The contestants were locked away in two panic rooms as security swept the villa but Omer managed to reach one of the bedroom doors and sat in the beach hut chair before he was thrown out.

He told The Sun: ‘I tried to get into the bedroom to speak to them. I just wanted one of the girls’ numbers, that’s all.

‘I could hear them whispering on the other side of the bedroom door. They were just talking among themselves, there was no shouting or screaming, they seemed fine.’

Omer flew to Majorca, the location of the villa, this summer and planned his route onto the premises and past security. 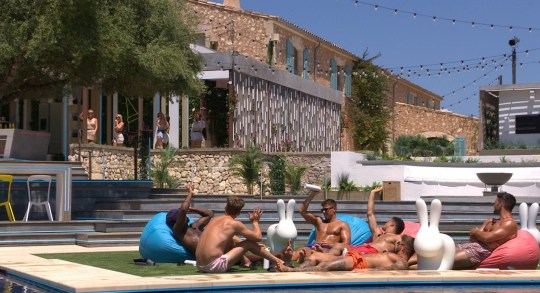 The Love Island compound was broken into this week after as a YouTuber attempted to get one of the girls’ numbers (Picture: ITV/Shutterstock)

He says he used a long lens camera to watch the guards on patrol and spotted a way in behind a bush and through undergrowth.

The aspiring influencer, who has more than 11,000 YouTube subscribers, was caught on his first attempt but, after claiming he was simply a tourist taking pictures, he returned the following day wearing all black, bringing night vision goggles with him.

He said: ‘I just walked in through the front door because it was open… I managed to have a walk around and then security threw me out.’

Omer claims he was stripped naked and searched for the memory card to his camera at the front of the villa.

Earlier this week he told the Daily Star: ‘I literally flew here just to do that from the UK.

‘I found the area vicinity through internet searches. Then I drove around for about five hours the day before scouting the location trying to find an entry,’ adding that the villa was ‘really secure’.

‘The safety of both our islanders and our production crew remains our primary concern. 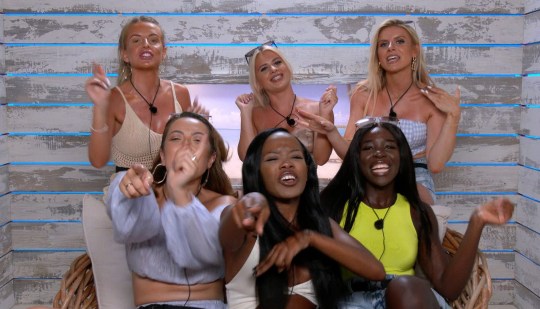 ‘As part of our stringent Covid safety measures, the villa area that was trespassed has been fully deep cleaned before being made accessible again to the islanders and crew.’

A source told the Daily Star Sunday at the time: ‘Producers aren’t taking any chances. It’s been arranged for armed guards to patrol the compound throughout the series.

‘They will have them surrounding the area so there is no chance of any breaches.

‘If it’s known to everyone in the area that a big TV show is in town, then it will become a target. There are concerns there could be kidnap attempts if things aren’t done carefully.’