The Love Island contestants spend much of their time in swimwear (Picture: Rex Shutterstock)

Prepare to be glued to your TVs every night for the next couple of months – as Love Island is back on our screens for its 2021 series.

The new series will see – initially at least – 11 new Islanders entering the Spanish villa in their quest for romance, with couplings, uncouplings, dumpings, texts and everything else you’ve come to expect from your average long hot summer.

Of course, style will be at the fore as it always is in the villa, with the islanders spending much of their time in swimwear – that is when they’re not getting all dressed up for dates and events.

But is there a dress code contestants need to abide by – and just how many outfits are they allowed to take in?

While swimwear may be the norm on the show, there is no specific dress code for the Islanders in the villa.

However, the one rule they have to stick to is that they are not allowed to wear any branded clothing or footwear.

According to The Mirror, the rules state: ‘You shall not wear anything which is branded or have visible logos such as clothing, accessories or footwear (except as directed by us).

‘If asked to do so by us, you shall immediately remove or change any item of clothing, accessory or footwear and our decision in this regard shall be final.’

Logos aside, while the contestants may bring their own clothes into the villa, help is at hand to ensure they look their best for the ever-present TV cameras – as they’re given a clothing allowance to ensure they’ve got enough to wear on the show. 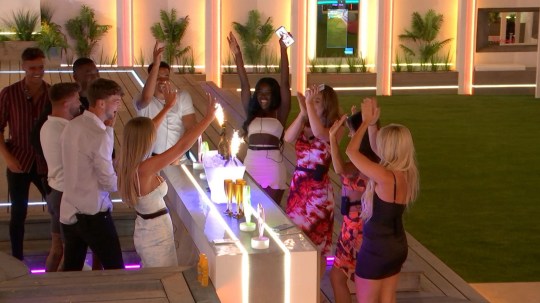 Online fashion brand ISawItFirst – who are once again the official fashion suppliers of the show – also make weekly drops of clothes to the villa based on the Islanders’ individual tastes, after meeting with them prior to the show and getting an idea of their style.

They’ve also got a dedicated Love Island section on their site, where you can buy outfits based on each individual contestant’s look.