Amid Danielle Ruhl and Nick Thompson‘s ongoing divorce, things got messier when the “Conversations” podcast host planned to spill the tea about his estranged wife and their Love Is Blind friends.

Thompson, 37, posted an Instagram Story poll on Saturday, October 1, in which he asked his followers which Love Is Blind season 2 contestant would be the first to die in a Scream-like scenario. As a result, several fans shared the message with the 29-year-old, speculating that he would choose her as the correct answer considering their recent breakup.

“The only reason I reposted that [on my Story] is because I was told by one of our mutual friends that Nick was planning on doing an Instagram Live to talk s—t about me and all the other girls, like Natalie [Lee] and Iyanna [McNeely],” she vented during a Saturday Instagram Story video. “And like, do you want me to do the same thing? Like, I don’t want this to be some sort of bloodbath. God, damn!” 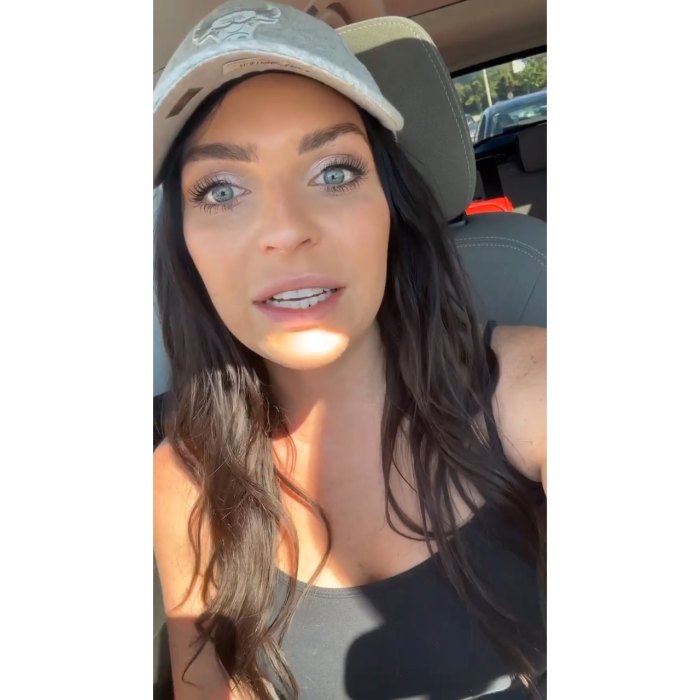 Ruhl further noted that she was “upset” when she heard about Thompson’s initial post because “he used to talk about how he doesn’t want the girls to hate him” amid their divorce, wishing they can handle everything with civility.

“That came as a shock to me when I was told it,” she explained. “Granted, I was also told that he was drunk when he decided to do that, and we all make drunk mistakes.”

While Thompson has yet to respond to his former spouse’s claims, they previously found love in the Love Is Blind season 2 pods. After dealing with plenty of ups and downs throughout the Netflix experiment, they both said “I Do” during their planned wedding day finale.

“We flip-flopped a lot. Like, we flip-flopped a lot before everything had happened and it was, like, five seconds before we walked down the aisle that we decided we were gonna say yes,” Ruhl exclusively told Us Weekly in July, shortly after she and Thompson celebrated their first wedding anniversary. “So the day was stressful in and of itself, but it’s like the second — we both said — ‘This is it.’ Like the second, we said ‘Yes,’ it felt like this entire cloud was taken away from us because of, like, all of the pressure that we put on ourselves to figure out whether we wanted to say I do or I don’t. And then it just like, I don’t know. It was, like, a magical feeling.”

However, things soured nearly one month later after Us confirmed the Illinois native had filed for divorce from Thompson.

“It’s funny when people are like, ‘How are you so happy?’” the associate marketing director reflected on her new normal via Instagram Story last month. “Would you rather have me post an Instagram Live of me crying for eight hours straight, because I can do that if you want [me] to! That’s my reality.”

Despite going through tough times, several of Ruhl’s Love Is Blind besties have her back.

“[Danielle and Iyanna are] doing very, very well,” Lee — who was briefly engaged to Shayne Jansen during season 2 — exclusively told Us in September, also referring to the Kennesaw State grad, 27, who split from husband Jarrette Jones days before Ruhl and Thompson’s breakup. “I think that they truly had real love for each other, like in those relationships, so I know that those the decisions that they had to make were very, very tough and we felt it as their friends. I think though, you know, as friends we hope that it would work out, but we completely respect and understand why it didn’t.”

Thompson, for his part, has been equally emotional about navigating his divorce.

“The last few weeks have been especially challenging for me,” he wrote via Instagram on September 21. “Like many of us going through a loss or life-altering event, we experience cycles of grief while we navigate our emotions. Everyone perceives and experiences grief differently when a relationship ends, let alone the loss of a marriage in the public eye.”