Love Is Blind stars are convinced Natalie and Shayne have split (Picture: Netflix)

Love Is Blind has had us all glued to our screens ever since season two dropped on Netflix.

The wedding finale is being released on the streaming platform on Friday, and to say we’re excited is an understatement.

However, ahead of the eagerly-anticipated episode, fans have shared their fears for Shayne Jansen and Natalie Lee, questioning whether they have already split.

Unveiling their detective skills below Natalie’s latest Instagram post, they predicted that the couple had called time on their romance as they were not following each other on the social media platform.

‘Her and Shayne are definitely not together. They don’t follow one another. But Shayne and Shaina do,’ one commented.

An eagle-eyed follower wrote: ‘She’s not wearing a wedding ring so im assuming she did run away [sic].’

‘Kinda sad you and Shayne didnt end up together. LOVE the chemistry you had and the teasing lmao [sic],’ an Instagram user penned.

However, it seems as though they may have spoken too soon as Natalie and Shayne are now following each other on the gram, so we can all breathe a sigh of relief. 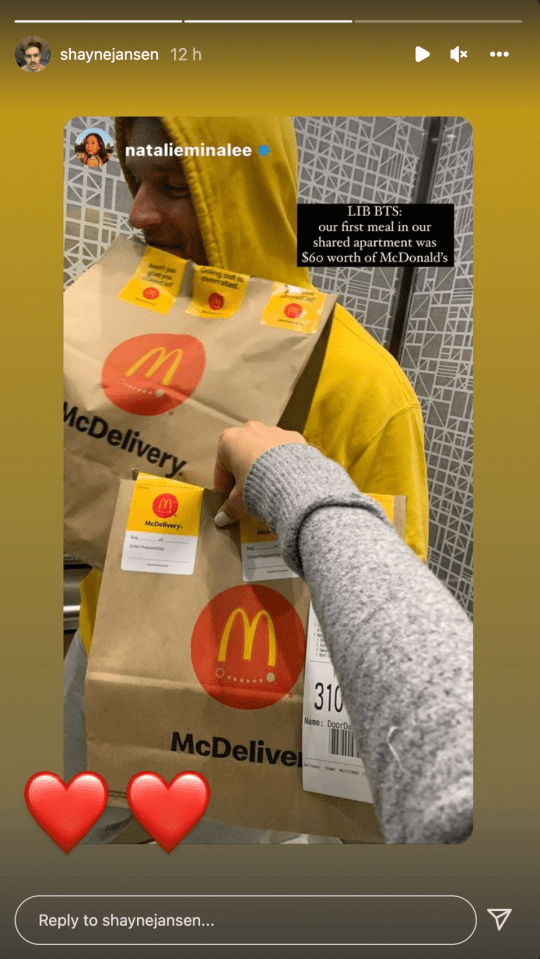 Natalie and Shayne have been inseparable on the Netflix series (Picture: Instagram)

In fact, the bride posted a sweet throwback photo of herself and her beau on her Instagram story, clutching bags of McDonald’s – which he shared on his own page with heart emoji.

So that’s that, then.

Fans have been rooting for the couple since they first set foot in the pods – well, everyone but Shaina Hurley…

But it turns out that Shayne had some competition in the quest for Natalie’s affections, as an unknown singleton actually proposed to her very early on in the experiment. 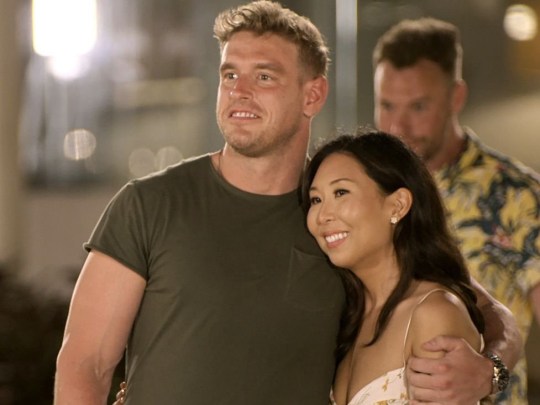 Shayne and Natalie met in the Love Is Blind pods (Picture: Netflix)

Discussing the scenes, which didn’t make it into the final cut, show creator Chris Coelen told Metro.co.uk: ‘There were people who you see on the show who were really significantly interested in other people.

’There was another guy who – very, very early on – was really interested in Natalie and basically proposed to her.

‘It was very out of the blue but he just felt like he knew, and she was like, “This is just weird”.

‘She didn’t have any deep feelings for him but he had developed very significant feelings for her. Anyway, she said no and he left, and that was that.’

When asked why the proposal got left on the cutting room floor, he continued: ‘Again, you only have so much bandwidth within a show and I think it’s a fascinating story, but because we’re focused on more of her story… I think for her it was less significant.

‘It was like, “Why is this guy doing this?” versus “Oh my god, I really have serious feelings for him”.

‘He had serious feelings for her, she was like, “No, I’m not interested in this guy.” To tell that story properly would have taken up a lot of time that we didn’t have.’

Love Is Blind season two is available to stream on Netflix now.