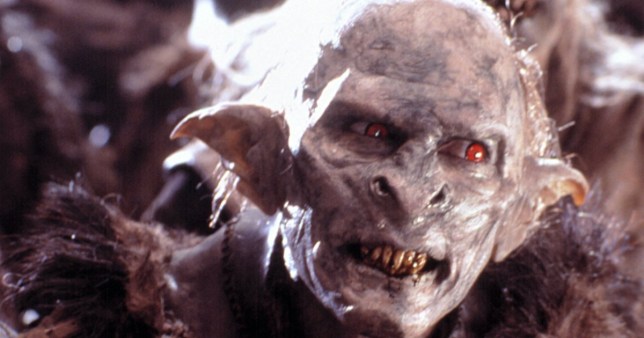 Stephen Ure suffered a panic attack on set of the second Lord Of The Rings film (Picture: New Line Cinema)

An actor involved in Lord Of The Rings has opened up about the panic attack he experienced while wearing prosthetics on set.

Stephen Ure, who played the role of Grishnakh in the franchise’s second film, The Two Towers, revealed he ‘hyperventilated a little bit’ while in costume for a battle scene, and was ‘three seconds away from ripping the face off so I could breathe’.

Speaking to Thrillist to celebrate the trilogy’s 20th anniversary, he explained: ‘As Grishnakh, we were just in between shots, and I suddenly lost my swallow mechanism. That made me a bit panicky and then I sort of hyperventilated a little bit.

‘The more the panic is coming the worst that it is. I’d never really experienced a panic like that.’

Stephen said that following the panic attack, he regained his composure, but admitted his worry of removing the prosthetics due to the high costs involved.

He continued: ‘Suddenly, I just could swallow again. Nobody knew anything. That was my own little episode. I was completely freaked out for a minute. 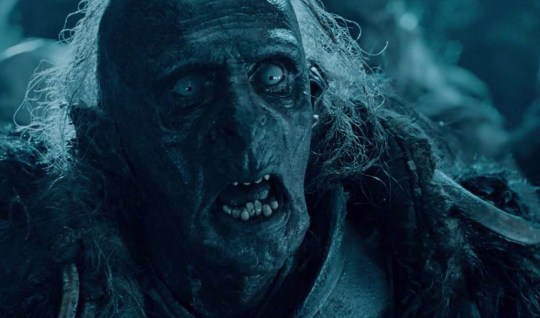 Stephen admitted his worry of removing the prosthetics due to the high costs involved (Picture: New Line Cinema)

‘That could have been terrible. If I had ripped that face off then that’s the day gone. That would have cost tens of thousands of dollars.’

Stephen later recalled his fellow castmates being unable to recognise him as he appeared in character at the Lord Of The Rings wrap party after the trilogy concluded shooting. 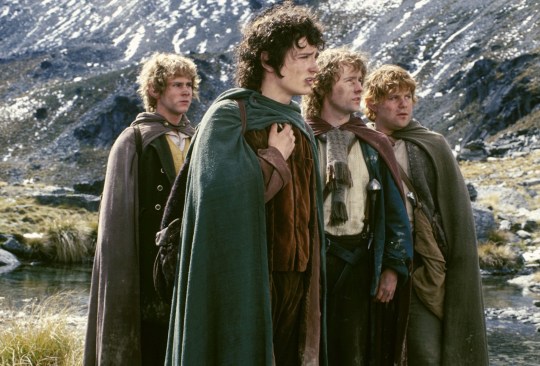 An upcoming Lord Of The Rings series for Amazon is currently being filmed (Picture: Rex)

In the meantime, filming continues on the upcoming Lord Of The Rings Amazon series, and fans have already been treated to a first look at what’s in store.

Celebrating Tolkein Reading Day in March, the crew shared a black-and-white photo of a clapperboard bearing the name of director Wayne Che Yip, and Aaron Morton, the director of photography.

They also blacked out the show’s official title – leaving us to speculate over what it could be.

The exact plot of the show is being kept under wraps, however, we do know it won’t be like the films, or the original JRR Tolkein novels.

According to the NHS, anxiety is the main symptom of several conditions, which includes:

The most common is generalised anxiety disorder (GAD), which is a long-term condition that causes you to feel regularly anxious about a wide range of situations and issues, rather than one specific event. It’s estimated 5% of the UK population is affected by GAD.

Symptoms of GAD include:

People are advised to seek professional advice from a doctor if anxiety is affecting daily life or causing distress.

Treatment for GAD ranges from psychological therapies, such as cognitive behavioural therapy, as well as prescription medicine.

There are also various self-help actions the NHS suggests, including: