The legacy of The Lord of the Rings lives on (Picture: New Line Productions/Metro.co.uk)

When the first film in the Lord of the Rings series, The Fellowship of the Ring, came out 20 years ago, it began an iconic journey into JRR Tolkien’s world that changed the course of cinematic history.

Half a century after the book first introduced the characters, both longtime fans and newcomers were able to lose themselves in Middle-Earth on the big screen, becoming absorbed by the tale of a young hobbit from the Shire and his companions.

Aside from the numerous accolades and awards the Lord of the Rings franchise has received – including 30 Academy Award nominations, 17 Oscar wins and seven more nods for The Hobbit movies – what makes the legacy of the films so long-lasting is the epic storytelling, cherished characters, awe-inspiring special effects and the ability to transport audiences away from reality.

Over the years, the series has continued to uphold its legendary status, with the love from fans never waning.

The films have also impacted the cast in a range of unexpected and heartwarming ways, inevitably affecting their careers to the present day.

How have the Lord of the Rings films impacted the cast 20 years later?

Tattoos to honour the fellowship

As the majority of Lord of the Rings fans will be aware, the cast of the Fellowship commemorated their bond in a very special, permanent way.

To mark the fact that there were nine of them in the group, they each (with the exception of Gimli actor John) had the word ‘nine’ tattooed on them in the Sindarin language, which is one of the many languages spoken by elves in the universe.

The actors had their tattoos inked on different parts of their bodies, with Elijah having his placed below his waist, Dominic on his right arm, Sean on his ankle, Sir Ian on his shoulder and Orlando on his wrist.

John decided not to join in with the activity, with his stunt double receiving the tattoo instead.

Viggo won audiences over with his swashbuckling portrayal of Aragorn, a role that was originally offered to Stuart Townsend before it was decided that he was too young. 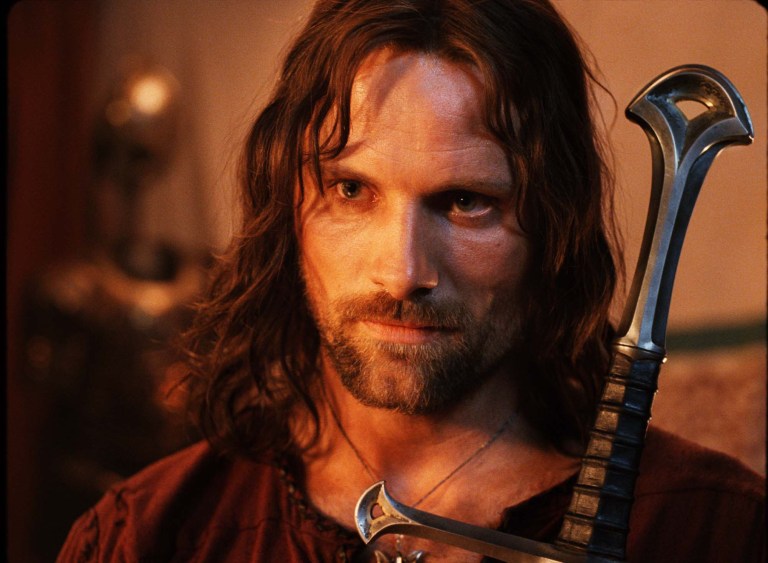 There’s no doubt that Viggo was made for this role (Picture: AP)

While Russell Crowe was also considered as a backup option, in the end, no one can deny that Viggo was perfect for the part.

During filming, the actor developed a close connection with one of the horses that he rode during filming called Uraeus, deciding to purchase the horse as his own alongside another, called Kenny.

Speaking to IGN in 2004, he said that he developed a ‘good friendship’ with Uraeus, stating: ‘It took a while for us to kind of get in sync and for him to be comfortable around the set. So we got to be close and I wanted to stay in touch with him.’

As for Kenny, who Viggo rode at the start of filming for The Two Towers, he said: ‘He was very easy and relaxed and I just wanted Uraeus to have a buddy.’

Throughout his career, Sean has gained an unfortunate reputation for his many on-screen deaths. 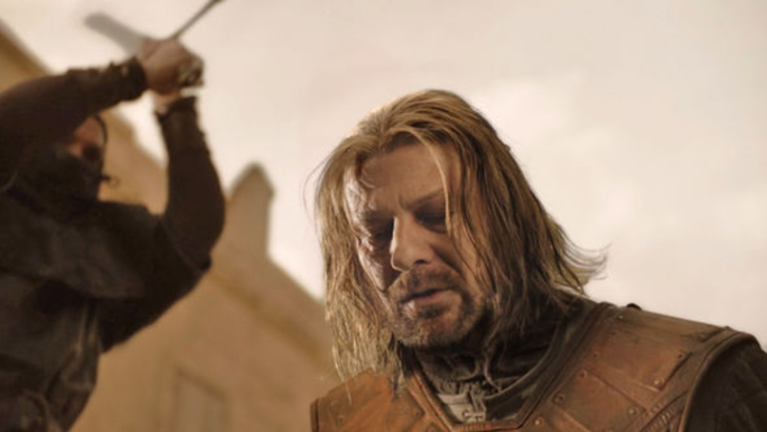 How many times do we have to see Sean Bean die on screen?! (Picture: HBO)

Who can forget the many arrows Boromir was forced to endure being pierced into his body in Lord of the Rings, or Ned Stark having his head chopped off at the end of Game of Thrones season one… to name just two.

In 2019, the James Bond actor said that he’s since ‘turned down’ roles where his character dies in the script.

‘I’ve turned down stuff. I’ve said, “They know my character’s going to die because I’m in it!”’ he said, according to The Sun.

He added that while playing ‘a lot of baddies’ has been ‘great’, they weren’t ‘very fulfilling’ experiences, adding that he ‘always died’.

Over the past two years, many people across the world have needed more uplifting than ever during the coronavirus pandemic.

In 2020, Frozen star Josh Gad delighted Lord of the Rings fans when he reunited the cast for an episode of his charity fundraising web series Reunited Apart, where they supported a campaign for the organisation Share Our Strength called No Kid Hungry.

The dynamic duo Dominic and Billy

In the Lord of the Rings films, hobbits Merry and Pippin have an absolutely adorable friendship, from stealing food together at the start to being there for each other in the height of battle. 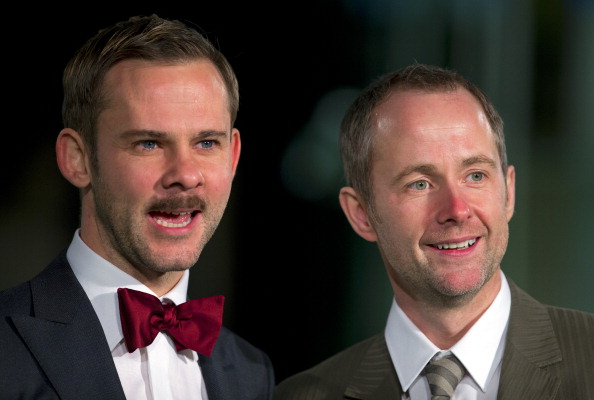 These two make quite a pair (Picture: Indigo/Getty Images)

This year, Dominic and Billy, who are good friends in real life, launched their own podcast called The Friendship Onion, where they talk all things LOTR.

They’ve welcomed several special guests onto the programme, including their fellow hobbit actors Elijah and Sean.

Aside from their podcast, the pair also played League of Legends together during the pandemic, a multiplayer, team-based online game.

Dominic also supposedly once said that he is ‘essentially a godfather’ to Billy’s son.

A cast of many talents

Sean’s work on Lord of the Rings inspired him to explore more avenues for his creativity, including making a short film and writing a memoir. 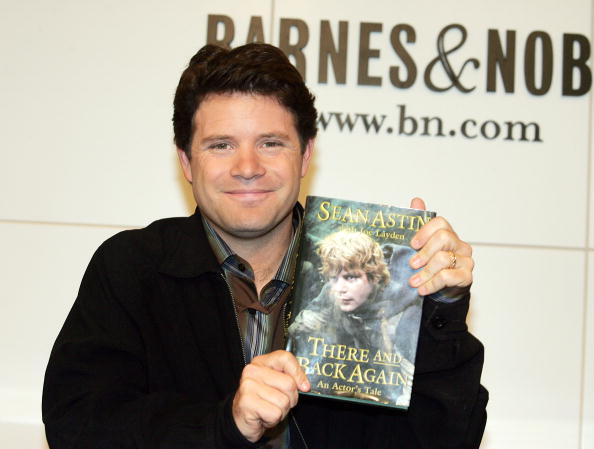 He’ll always be Samwise the Brave to us (Picture: Scott Gries/Getty Images)

While he was filming his role as Sam, he managed to persuade several members of the cast and crew, including the director Peter, to help with the creation of a short film called The Long and Short of It.

The short ended up being shown at Sundance Film Festival and was included on the DVD for the second film in the series, The Two Towers.

The actor also published a memoir called There and Back Again, which takes its title from the book begun by Bilbo Baggins and finished by Frodo in the story.

Meanwhile, in Return of the King, Pippin finds himself in the service of the steward of Gondor, Denethor (John Noble), the father of Boromir and Faramir (David Wenham).

Billy demonstrated his vocal talents in one scene, when he performed the ballad The Edge of Night for Denethor, a melody that Billy wrote himself.

In the final film for The Hobbit trilogy, The Battle of the Five Armies, a song that Billy wrote and performed called The Last Goodbye was played during the credits.

Reprising roles in The Hobbit

While the Lord of The Rings films ended in 2003 with Return of the King, it wasn’t the end of the road for several of the actors. 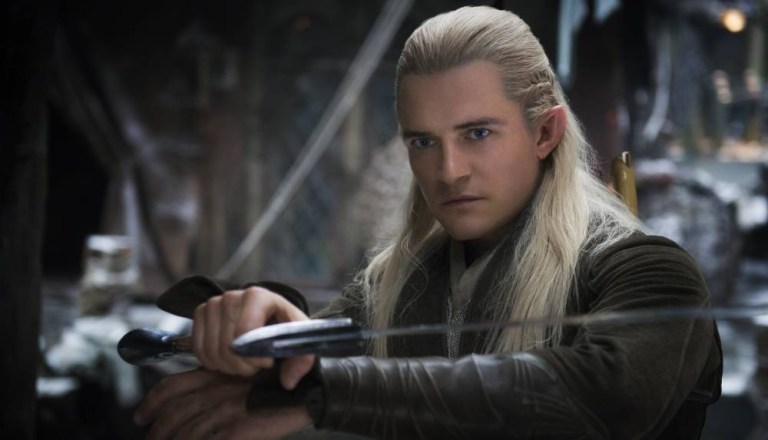 A number of them ended up reprising their roles in The Hobbit series, including Sir Ian as Gandalf, Hugo Weaving as Lord Elrond, Cate Blanchett as Lady Galadriel, Christopher Lee as Saruman, Orlando as Legolas, Andy as Gollum, Elijah as Frodo and Ian Holm as the older Bilbo Baggins.

Gimli actor John ‘ruled out’ reprising his role, telling Empire in 2009: ‘There’s a sentimental part of me that would love to be involved again. Really I am not sure my face can take that sort of punishment any more,’ in reference to his prosthetics.

However, he did hint that he would have considered playing a different role, adding: ‘I’d be interested in trying to create a different type of persona within… the thing. That is challenging as an actor. I’d really prefer to play something quite different. Maybe an elf.’

With a Lord of the Rings TV series being developed by Amazon, there are surely many fans who are wondering whether they’ll be treated to more cameos.

Elijah made his strong interest apparent, telling IndieWire that he would ‘absolutely’ make an appearance if asked, despite the show being set in the Second Age of Middle-earth before the events of the Lord of the Rings.

‘If there was a world where that made sense and was organic to what they’re doing then yes. Look, any excuse to get to go to New Zealand to work on something I am absolutely there,’ he said.