Loose Women’s Nadia Sawalha opened up about having an ‘orgasmic birth’, explaining she worked really hard before her second pregnancy.

The panel, which featured Nadia alongside Jane Moore, Kaye Adams and Emma Willis, spoke about some of the unexpected side-effects of pregnancy.

Mum-of-two Nadia asked if any of them knew anyone who had had an orgasmic birth, recalling her own experience.

She said: ‘I had both my babies at home, my first birth I hadn’t done any work on it really, it was very challenging, but my second birth I went really into the research of looking at it a different way.

‘I did hypnobirthing, had her at home again, looked really into this orgasmic birth.

‘Obviously not a [When] Harry Met Sally orgasm, but it’s a rush of incredibly sensitive sensation.’

She went on to say that it was elements like not using the word ‘contraction’ but rather ‘wave’ that made the difference for her. 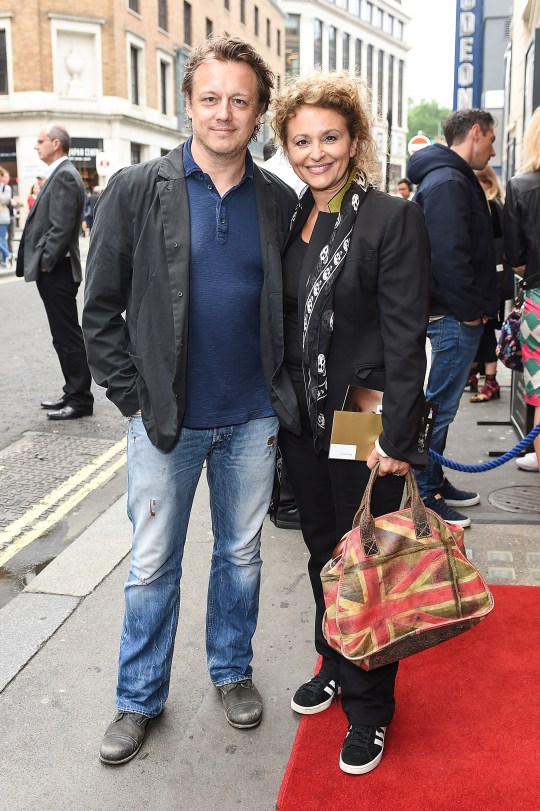 However, Jane wasn’t ready to let go of the When Harry Met Sally reference, joking: ‘I’ll have what she’s having’.

Nadia shares her two children, Maddy and Kiki, with her husband Mark.

The pair tied the knot in 2002, with the Loose Women star previously getting real about her relationship on the show.

During an episode last year, the presenters opened up about their marriages after they aired a throwback clip of Carol McGiffin admitting she wouldn’t have married her then-husband if she knew she wouldn’t be able to divorce him.

‘Mark and I would’ve been split up if we hadn’t got married and had children,’ Nadia explained after Kaye asked her for her opinion.

‘When it was difficult, I would’ve walked away many times, and he probably when I went into menopause considered walking away.’

She continued: ‘But we made that commitment and I am so glad we did because now we have an incredible relationship, which at points, has been very difficult to get there. I would’ve been out.’