Loki has been on an unpredictable and chaotic adventure (Picture: Marvel Studios/Disney Plus)

Warning: spoilers ahead for episode 6 of Loki.

With Loki episode 6 making its way onto Disney Plus, the Marvel series is wrapping up with a time-bending finale that is sure to leave fans scratching their heads for weeks to come.

The brother of Thor has gone through an explosive journey, with Tom Hiddleston joined by cast members including Sophia Di Martino, Owen Wilson, Gugu Mbatha-Raw and Richard E Grant as he strives to discover who is really calling the shots at the TVA (Time Variance Authority).

While fans have lots of MCU releases to enjoy this year, including the animated series What If…?, Shang Chi and the recent release of Black Widow, many will no doubt be wondering whether Loki will return for season two.

There definitely is a lot of content that can be used for a second season from the MCU and the Marvel comics, with the possibilities virtually endless.

So will there be a second season of Loki and what could it be about?

Will there be a second season of Loki?

In a post-credits scene for the Loki finale, it was confirmed that Loki will be returning for season two.

In the brief clip, a case file for Loki Laufeyson was stamped, with the stamp stating: ‘Loki will return in season 2.’ 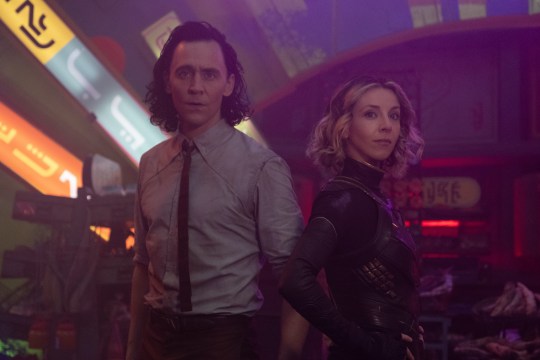 Could Loki and Sylvie team up for more time-travelling missions? (Picture: Marvel Studios/Disney Plus)

Considering the TVA is an organisation that exists outside of time, that means that there’s a lot of scope to explore the God of Mischief’s story further in future.

In January 2021, Deadline reported that season two was in development, with head writer Michael Waldron reportedly returning to work on subsequent episodes.

Michael also co-wrote the script for Doctor Strange in the Multiverse of Madness, so it makes sense for him to return to continue with Loki’s story, what with the implications breaches to the timeline could have on the multiverse.

While Disney declined to comment at the time, Marvel Studios VP of Production and Development Nate Moore later told IndieWire in April that he believes ‘there’s a lot of storytelling in Loki’ which ‘lends itself to multiple seasons in a way where it’s not a one-off’.

Perhaps there are more Loki variants to discover? (Picture: Marvel Studios/Disney Plus)

‘Tom Hiddleston, I think, is doing some of his best work on that show,’ the Falcon and The Winter Soldier executive producer said.

What could the second season be about?

When it comes to time-travelling antics, the world – or the entire universe – could be Loki’s oyster in a second season.

Now that Loki has discovered ‘He Who Remains’ is the one in charge of the TVA, aka Kang the Conqueror (Jonathan Majors), a second season could see him try to overthrow the boss once and for all.

He may also head on a mission to reunite with Sylvie, who killed the version of Kang that they met in the citadel.

Or perhaps he will cross paths with Ravonna Renslayer (Gugu Mbatha-Raw), who is also now on a mission of her own.

The exciting thing about Loki is that it could go in literally any direction. We can’t wait to see what Marvel has in store for its resident trickster.

The Loki finale drops on Disney Plus on Wednesday July 14.