Girl group Melladaze have been rehearsing non stop since the first live show of Little Mix: The Search (Picture: BBC)

Girl group Melladaze have revealed they have been rehearsing non-stop after they were almost eliminated from Little Mix: The Search.

In the first live show, the girl dance group were saved by Little Mix, after they were put in the bottom two against mixed group Jasper Blue.

But when it came down to the crunch – Perrie Edwards, Jesy Nelson, Leigh-Anne Pinnock and Jade Thirlwall all voted to save Melladaze.

The girl group is made up of five members – Aislí, Ellie, Lauren, Liv and Megan.

Speaking days after the live show, the band told Metro.co.uk that they have been working hard on their singing and dancing.

‘We are feeling really good, we have been working really hard in rehearsals to make sure our performance is the best it can be this weekend,’ Megan told us. 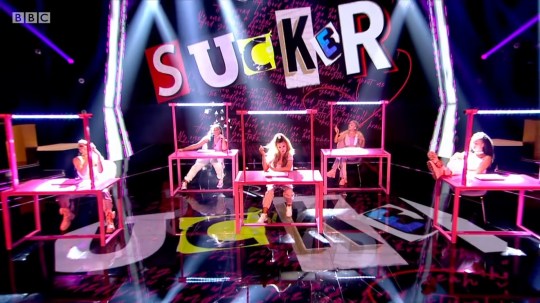 Melladaze were in the bottom two last week (Picture: BBC) 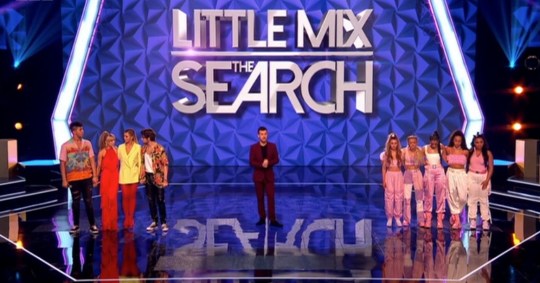 ‘We have been working singing and dancing and trying to bring them together,’ Liv chipped in.

‘And we have been doing a lot of cardio and singing and running at the same time,’ Aislí added.

Ellie went on to explain that they have been solidly rehearsing every day.

She said: ‘We have a dance studio in the house we are staying at, so even after rehearsals we will go down and run through what we have done that day.’

Despite being in the bottom two, the girls insist that they will come ‘back with a bang’.

Liv explained: ‘When we got our results we were all disappointed because it was more to the fact of “oh my goodness we could go home right now”. But we are so glad that we have the opportunity to come back and give them a show they couldn’t forget.’

Lauren added: ‘We were disappointed with our performance but the standard in is so high, and someone had to be in the bottom and unfortunately it was us.

‘But we took on everything they said and we are ready to come back with a bang.’

Saturday’s second live show for The Search was postponed at the last minute due to Prime Minister Boris Johnson’s holding an emergency press conference.

Releasing a statement to its official Twitter account, a spokesperson for the show explained: ‘Little Mix: The Search has been postponed tonight for a BBC News Special.

‘The show will now become part of a big final event weekend, with the semi-final airing at 7pm on Friday 6th November, and the final at 6.05pm on Saturday 7th November.’

Little Mix The Search continues at 6.05pm on BBC One.

Photos From Then and Now