Sam Fender has cast a pretty familiar face in the music video for his new single, Spit Of You, with actor Stephen Graham making a cameo.

Spit Of You was written about Sam’s own complicated relationship with his father and sees him playing this out in the video with Line of Duty star Stephen as his dad.

They’re on great terms at first, with scenes of Stephen and Sam playing snooker with friends, enjoying a camping trip and fishing at a lake, sharing beers on the sofa while watching TV, and eating fish and chips.

However, the tension grows as they get into a furious argument with finger-pointing and storming off. By the end of the video, they’ve reconciled and are friends again.

Lyrics include: ‘Smashing cups off the floor, and kicking walls through / That’s me and you.’

He also sings: ‘ I’d never seen you like that, Spun me out / Hurt me right through, ‘Cause it was love / In all its agony, every bit of me hurting for you.’ 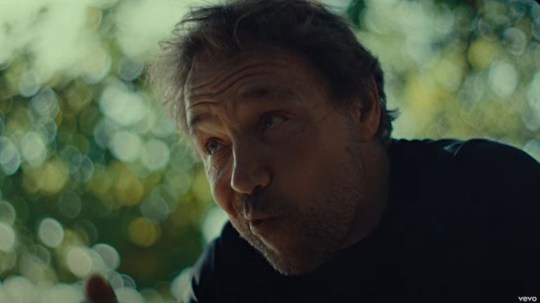 Stephen is no stranger to music videos (Picture: YouTube, UMG) 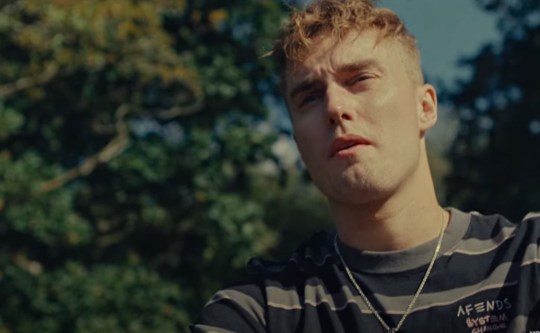 Sam wrote the track about his own relationship with his father (Picture: YouTube, UMG)

Sam, 27, previously said of the track: ‘Spit Of You is a song about boys and their dads. It’s based around my own relationship with my old man, and how we both struggle as blokes to communicate the way we feel to each other without it becoming a stand off.

‘It’s about how the apple doesn’t fall far from the tree, as I get further into my twenties I see so much of myself in him, especially when it comes to being stubborn.’

He continued: ‘The second half of the song talks about seeing him with my grandma when she passed away, and how I saw him as a son, and how that moment reminded me to make the most of my time with him. If anything, it’s a declaration of love for him.’

Stephen is no stranger to music videos after previously starring in Arctic Monkeys’ Fluorescent Adolescent, Kasabian’s You’re In Love With A Psycho and Noel Gallagher’s High Flying Birds’ Wandering Star.

Spit Of You will feature on Sam’s forthcoming second album, Seventeen Going Under, which is set to arrive on Friday.