Adrian Dunbar’s granddaughter is merely a month old, but she’s already part of the Line of Duty fanbase!

The actor’s daughter, Madeleine, gave birth to her first child in December, announcing on Instagram that she and fiancé Callum Lazenby-Todd had welcomed a ‘perfectly cooked’ little girl.

Madeleine has since shared the sweetest snaps of her dad – known for playing Ted Hastings in the cop drama – cradling the tot.

Not only that, but little Zephyr wore an AC-12 outfit, with the words ‘undercover officer’ printed on the front.

She also donned black and white striped bottoms as she slept soundly in her grandad’s arms. 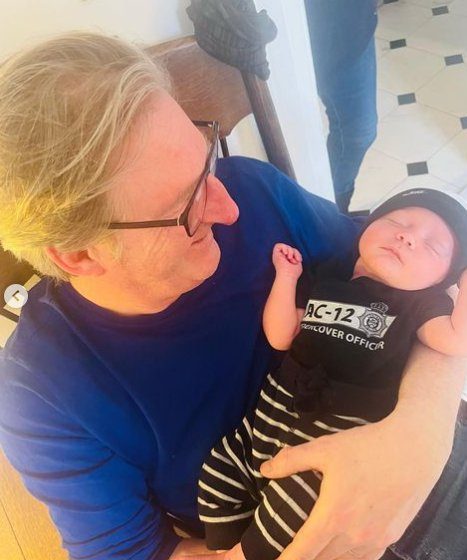 The series of snaps show Adrian beaming with pride as he held the bundle of joy and looked down at her fondly.

Actress Madeleine welcomed her daughter as an early Christmas present last month, breaking the news with a selfie with the baby lying on her chest.

She announced: ‘Woooooow only just home from the hospital.. (some of you had started to message me to see if I was ok.. thank you.

‘We went in on Monday night and Wednesday we had a baby!! (with no
sleep in between!) A perfectly cooked 8lb girly with strong lungs and
hyper awareness. (sic)’

Without giving away any plans for the baby’s name, Madeline went on to
thank her fiancé for helping her through the ‘horror story of giving
birth.’

She added: ‘Thank you to my handsome boy Callum for helping me make a gorgeous girl and thank you for supporting me through this absolute
gorey horror story of birth. Only you BB. [sic]’ 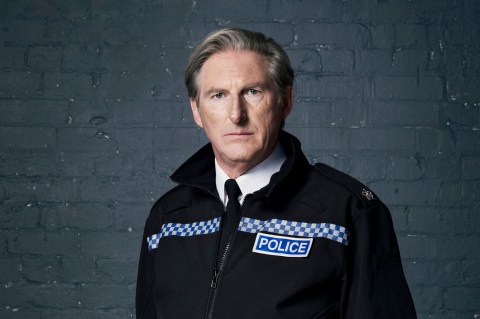 We know and love Adrian as Ted Hastings (Picture: BBC)

The happy news comes after Madeline went against tradition by proposing
to Callum herself, and she was nervous about her dad’s reaction.

She previously said: ‘I was a little worried about the fact that I was
the one who asked Callum to marry me, because Dad comes from a very
traditional Irish background and I was concerned about what he would
think.

‘But he had no issue with it. He knows me. He knows it’s the kind of
thing I do!’

As for BBC crime series Line of Duty, Vicky recently shared that, while there are no current plans for writers to make a series 7, the cast would all be ‘game’ should they get the call.

And with Madeleine’s little one already dressed for the part, perhaps we could see a little cameo in the station!