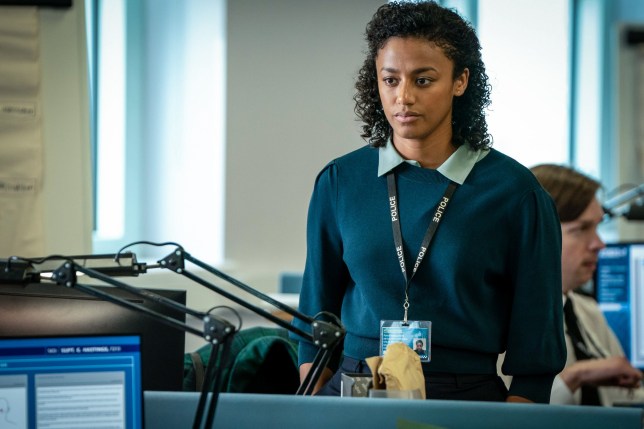 Line Of Duty fans are growing increasingly concerned that DC Chloe Bishop is a bent copper as series 6 continued tonight.

Viewers are already convinced the character, who is played by Shalom Brune-Franklin, is related to DCI Tony Gates, a corrupt officer who was AC-12’s first central investigation all the way back in series one.

And in scenes that aired in episode six, Chloe shot Detective Chief Superintendent Patricia Carmichael (Anna Maxwell Martin) a suspicious glance suggesting they might be in cahoots.

The blink and you’ll miss it moment happened after Chloe had been instructed by Patricia to update the Operation Lighthouse evidence and was seen removing a photograph of Chief Constable Philip Osborne (Owen Teale) from the board.

As Chloe shredded the picture, she turned around to see Patricia staring at her through the office window.

Patricia nodded her head at Chloe, who shot back a blank stare. 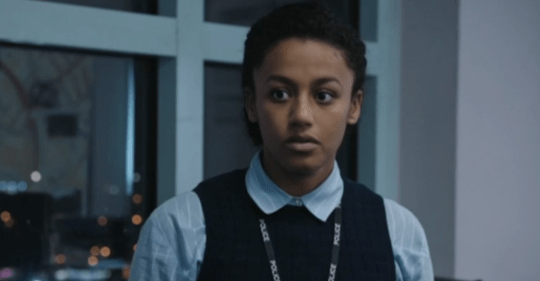 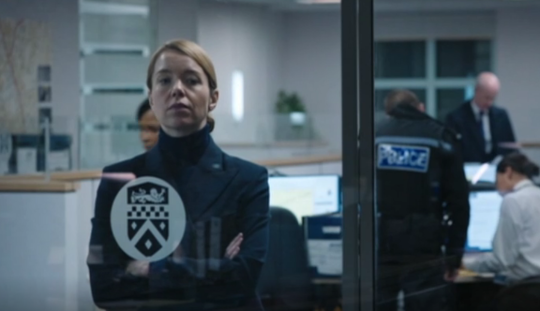 Patricia was keeping a close eye over Chloe (Picture: BBC)

Shook by this interaction, fans flooded Twitter with their theories.

‘Omg Carmichael and Chloe working together,’ wrote one, while another added: ‘Did Chloe give them away?’

Echoing a similar sentiment, a third added: ‘That look between Patricia and Chloe, just professional, or [was it] both bent coppers look?’

Iâm a few minutes behind #LineofDuty what was that look between Patricia and Chloe, just professional, or weâre both bent coppers look?..

Could Chloe and Patricia be working together?

Just one episode of Line Of Duty series six remains and we’re still yet to discover the identity of ‘H’, a corrupt senior officer with close connections to the Organised Crime Grop (OCG).

We’re still no further in finding out who murdered the journalist Gail Vella ( Andi Osho).