Line Of Duty’s Nigel Boyle has addressed disappointed fans after his character DCI Ian Buckells was revealed to be the ‘fourth man’ H in last night’s series 6 finale.

Many viewers were left frustrated as the criminal mastermind was exposed, with Piers Morgan branding it ‘underwhelming’, however the actor insisted that sometimes ‘a subtler message is more important’.

‘The fans have been brilliant,’ Nigel said. ‘So many people have invested so much.

‘There’s always going to be some element of disappointment. You can’t have every series with a big shoot out and “urgent exit required”. Sometimes a subtler message is more important.’ 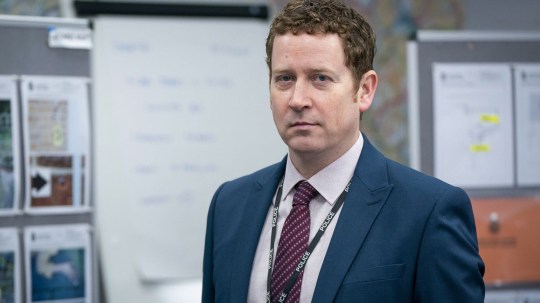 ‘I’ve been sitting on it for a long time!’ actor Nigel said of keeping his H reveal a secret, before his appearance on BBC Breakfast.

‘The only person I told was my wife, nobody else, I know how much is at stake!

‘Even if you tell someone you trust with your life, they might tell someone they trust with their life and then suddenly more and more people know! When friends have asked me who H is I’ve just said there isn’t an H!’

He also shared the moment he learned he was the fourth man. 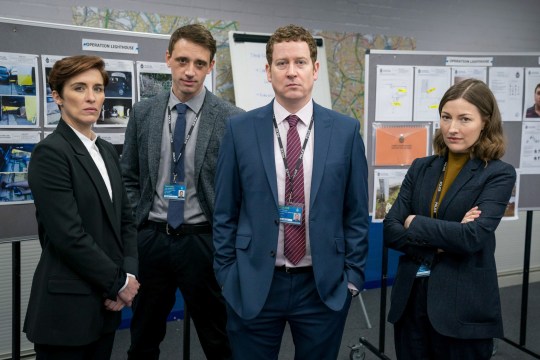 Ian Buckells was revealed to be H in the Line Of Duty finale (Picture: BBC)

‘We’d had the first four scripts and started filming some of series six when we had to stop due to the first lockdown,’ Nigel remembered. ‘When we were about to resume filming, Jed sent me a text saying, “Are you free for a chat at some point today? Don’t worry it’s not that call…”.

‘Which I took to mean that I wasn’t going to end up dead! But I was still quite nervous and not sure what he wanted to talk to me about.

‘He called me and said, “the scripts for the next episodes are going to be sent out imminently and so it’s time to tell you the secret that I’ve been keeping, you’re going to be revealed as someone rather significant.’

Line Of Duty is available to stream on catch-up on BBC iPlayer and BBC Breakfast airs weekdays at 6am on BBC One.