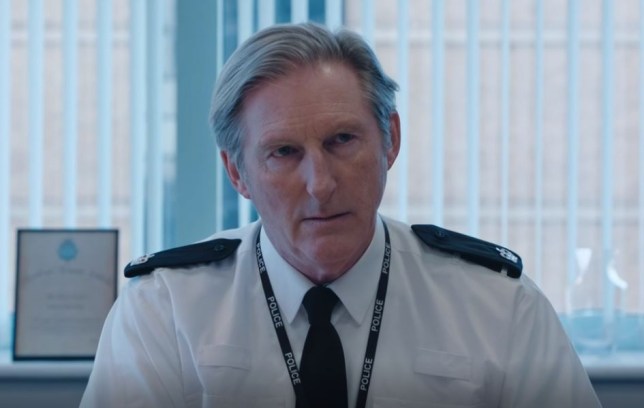 *Warning: This episode contains spoilers for Line of Duty*

Line of Duty fans are preparing themselves for the worst, after an ominous line from the latest episode of series six led some to think that Ted Hastings’ (Adrian Dunbar) days could be numbered.

The latest bombshell episode saw the death of a major character, a shocking reveal which floored viewers and the longest interrogation scene in the history of the show.

But there was one subtle line which fans believe could suggest there’s bad news on the way for fan favourite Ted.

‘Sometimes you don’t lose, son. You just run out of time,’ he told Steve. 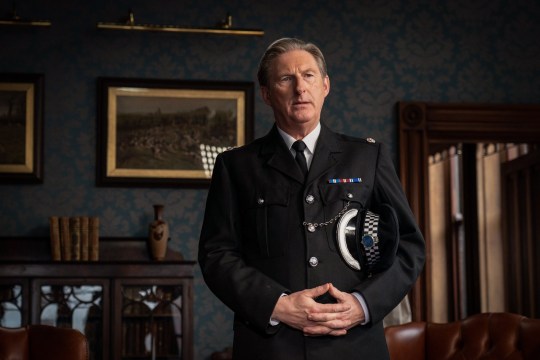 What could it mean?

With the last episode of the series just around the corner, some viewers believe the unusually pessimistic line suggests that Ted’s time could soon be up.

Viewers took to Twitter to share their theories – and just thinking about the possibility of Ted leaving the show has got us worried.

‘Ted Hastings sadly saying “sometimes we don’t lose, we just run out of time” makes me scared he’s going to die next episode uncovering the Fourth Man and I’m planning to spend this week emotionally preparing myself for that,’ one fan wrote.

‘I just feel like Ted is gonna die. It’s all sort of lining up for him to have a huge redemption story and to take a bullet for either Steve or Kate,’ another said.

Ted Hastings sadly saying âsometimes we donât lose, we just run out of timeâ makes me scared heâs going to die next episode uncovering the Fourth Man and Iâm planning to spend this week emotionally preparing myself for that #LineofDuty

Is Ted sick? I have a feeling heâll die soon. #LineofDuty

I just feel like Ted is gonna die. It’s all sort of lining up for him to have huge redemption story and to take a bullet for either Steve or Kate #Lineofduty

Elsewhere, after a week of speculating if Kate Fleming (Vicky McClure) or Ryan Pilkington (Gregory Piper) was killed in the shootout, tonight’s episode also gave us the answer.

Ryan was shot dead by Kate – which proves that Metro.co.uk readers are fantastic detectives in their own right.