Linda Robson has revealed her sitcom Birds of a Feather was nearly ‘taken off the air’ after the first episode, as it featured a scene where a woman swore.

On Thursday’s episode of Loose Women, the panel took a look back at Linda’s life and acting career during the retrospective segment Life Before Loose.

While discussing Birds of a Feather, which originally ran from 1989 to 1998, before being revived in 2014 for three years, Linda said that the BBC received around a hundred complaints after Pauline Quirke’s character, Sharon Theodopolopodous, said the word ‘b*****d’.

‘We did the first episode, and Sharon’s character said the ‘b’ word, sounds a bit like ‘bar steward’, and we nearly got taken off the air,’ Linda told fellow Loose Women panelists Christine Lampard, Nadia Sawalha and Jane Moore.

Linda, 62, said that while the grandad in 1980s sitcom Bread ‘was swearing all the time’, they were told that this was ‘the first time that a woman had sworn in a comedy’.

The television presenter added that while ‘there was a lot of stick’ for the scene, it just made people’s interest in Birds of a Feather increase. 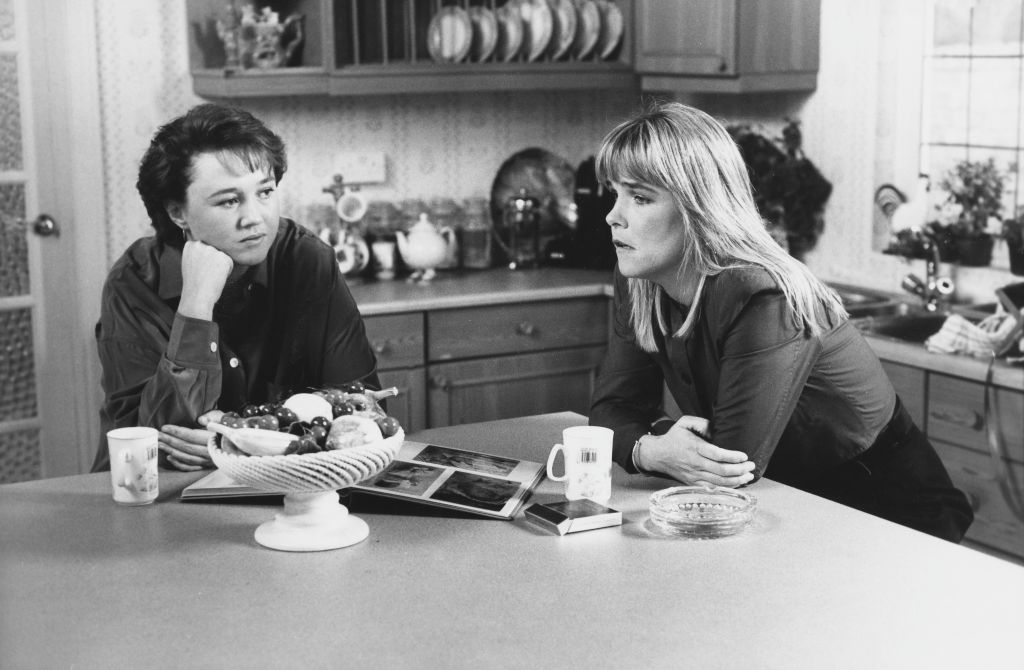 ‘All it did was make more people watch the show really, so that did us a favour,’ she said.

Linda added that after being told that the BBC had received ‘a hundred and something complaints about it’, she called up praising the show pretending to be someone else.

‘We put on voices and rang up and said, ‘We’ve just watched this first episode of this series, the women in it were brilliant.’ We said we absolutely loved it,’ she recalled.

However, they were unfortunately ‘caught out’ when the BBC followed up on the call.

‘We got caught out, because I gave my sister’s name, and they rang my sister the next day to say could you tell us what you thought of Birds of a Feather last night, and she went, “You’re winding me up, my sister’s in that.”‘

Earlier this month, it was announced that Birds of a Feather is returning for a Christmas special this year.

While Linda and her co-star Lesley Joseph are reprising their roles as Tracey Stubbs and Dorien Green respectively, Pauline will not be returning as Sharon.

Les Dennis will be appearing in the special as Dorien’s new romantic interest Graeme, while Ami Metcalf will star as Jordan, a young friend of Tracey’s.

The Birds of a Feather Christmas special is due to air this December on ITV.