Limp Bizkit will not be performing across the UK and Europe later this year following test results regarding frontman Fred Durst’s health.

The American rock band were due to visit the UK this September for a set of shows, including two nights at the O2 Academy Brixton.

However, the group announced on Monday that they are postponing the shows from now in light of Durst’s personal news.

In a statement shared to their Instagram, the rockers explained: ‘For personal health concerns and based on medical advice given by my personal physician to take an immediate break from touring, Limp Bizkit will sadly have to postpone their 2022 Uk and European tour.

‘We truly apologise for any inconvenience this may cause to our loyal fans, promoters and support staff. Stand by for further news. Sincerely, Fred & Limp Bizkit.’

Durst, 51, also addressed fans directly in a video on the band’s website, apologising for having to take a step back from live performing.

‘This was very unexpected news and I’m so sorry. I look forward to making it up to you as soon as possible,’ the musician said.

He added: ‘I truly am grateful to everyone who was going to take the time out of their busy lives and come and see Limp Bizkit perform this summer.

‘We do love and cherish our connection with you more than anything on this planet.’

Fred Durst was due to perform with Limp Bizkit over the summer (Picture: Redferns) 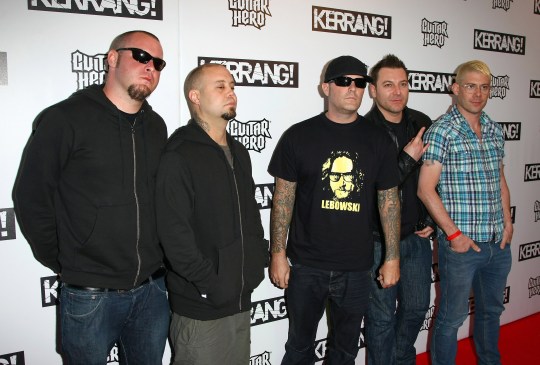 Limp Bizkit said they ‘love and cherish’ the connection they’ve built with fans and will return to the stage when they can (Picture: Getty Images)

Offering fans some reassurance, Durst concluded: ‘I know everything’s going to be okay.

‘I’m already working on something to make it up to everyone in the UK and all over Europe.’

In addition to the London dates, Limp Bizkit were also due to perform in Birmingham and Manchester that month, after performing in Prague and at the Pukkelpop festival in Belgium in August.

The band, which also consists of John Otto, Sam Rivers, Wes Borland and DJ Lethal, were touring to promote their most recent album, 2021’s Still Sucks, which was their first studio release in 10 years.