Lil Nas X shot to fame collaborating with Billy Ray Cyrus, and he has duetted with Miley Cyrus on his debut album.

All we need now is a Metro Station collab with Trace Cyrus.

Lil Nas X has impressed with his rendition of Jolene in the BBC Radio 1 Live Lounge, as he returned to his country roots for his set.

The 22-year-old performed live versions of his tracks Montero (Call Me By Your Name), Dead Right Now and That’s What I Want, before choosing Dolly’s 1973 plea to a woman who she believes will steal her man.

The rapper showed off his country twang while singing the classic tune into a microphone adorned with flowers, and the video has already racked up nearly 850,000 views on Twitter, as well as nearly 400,000 views on YouTube.

Fans have called for Dolly to collaborate with Lil Nas X, as well as calling the performance their favourite cover of Jolene.

Speaking about why he chose the song, Lil Nas X – real name Montero Hill – said: ‘I chose this because I feel like this song is kind of like beautifully sad, you know? I like the little country twang, so I was like, “Let me try this out”.’

The cover makes sense, seeing as Lil Nas X’s first foray onto the charts was via a country song.

His track Old Town Road was initially barred from the US country charts before Achy Breaky Heart singer Billy Ray Cyrus jumped on the song for a remix.

The song went on to top the Billboard Hot 100 for a record-breaking 19 weeks, and sparked a debate on the definition of country music.

While this was Lil Nas X’s debut on the Live Lounge, his songs have made appearances before, with Anderson .Paak and Sigala and Becky Hill covering Old Town Road and HAIM taking on Panini. 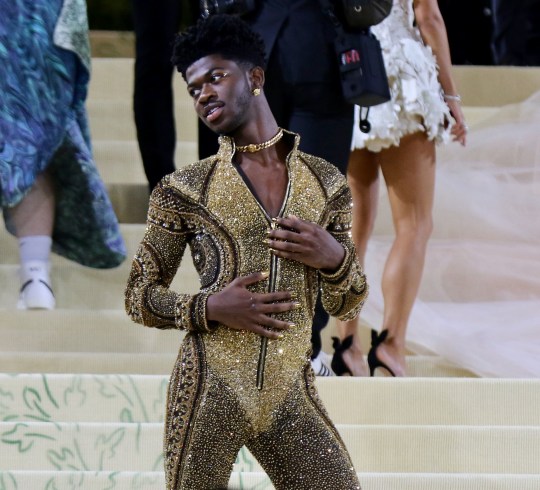 His performances come after the release of his debut album Montero, which has seen him labelled a queer role model.

The video for one of the standout songs, That’s What I Want, features a gay love scene and Lil Nas X wearing a wedding dress after finding out his boyfriend is married to a woman.