Through Licorice Pizza, Paul Thomas Anderson effortlessly transported us to 1970s LA in his coming-of-age film, with the result being tipped to triumph at the 2022 Oscars – despite controversy over some scenes.

Not quite content with entertaining us with her music, Alana Haim made her debut on the big screen in the nostalgic flick, playing Alana Kane opposite Cooper Hoffman’s Gary Valentine.

The pair first meet when 25-year-old photographer’s assistant Alana (Haim) attends a high school photography day in 1973, and sparks instantly fly – for Gary, 15, only, that is. Despite rebuffing his advances and a 10-year age-gap, they become close friends before going into business together selling waterbeds.

What ensues is a will-they won’t-they narrative as they blur the lines between friendship, business and romance, set against a sun-drenched, celebrity-obsessed California backdrop.

Filmmaker Paul manages to sink us right into the 70s, giving us the feeling that we’re smack bang in the middle of a lazy, hazy California summer.

Cooper, son of late Hollywood legend Philip Seymour Hoffman, is captivating in the role of the ambitious, lovable Gary and Alana is magnetic, giving us a relatable portrayal of a mixed-up twenty-something, struggling to find her place in the world. 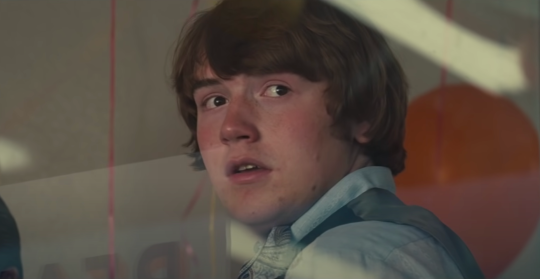 She is fantastic opposite Cooper but it’s those telling scenes with her family – played by real-life siblings and fellow Haim musicians Danielle and Este Haim – where she absolutely shines.

Licorice Pizza is also packed full of some star-studded cameos, some that work to perfection and some that really don’t. Sean Penn is scarily good as an ageing, sleazy movie star while we’d watch a full-length film of Bradley Cooper’s version of Jon Peters.

However, John Michael Higgins’ highly controversial role of a restaurateur who cracks racist jokes feels hugely unnecessary, out of place and leaves viewers uncomfortable and cringing – scenes which have since sparked backlash from movie-goers.

The movie also feels very drawn out, with multiple strands packed into the run-time of just over two hours. There were many different plots to keep track of – romantic entanglements, waterbeds, mistaken identities which lead to an arrest, the pronunciation of Barbara Streisand’s name and the oil crisis – a lot of these could have been cut to spotlight the bond between Alana and Gary slightly better.

At points it feels so hard to keep track of exactly what is going on that you’d be forgiven for ignoring it all and just taking comfort in the sunny 70s that Paul has introduced us to.

If nothing else, it’ll leave you desperate for a water bed.

Licorice Pizza is in cinemas now.