The likes of Liam Gallagher, Glastonbury Festival, FKA twigs, IDLES, Florence + The Machine and more have all donated rare memorabilia.

Set up via Crowdfunder, fans are invited to purchase a raffle ticket for £5 for a chance to win any particular item, and are able to buy multiple £5 tickets.

The new draw was the brainchild of Arctic Monkeys manager Ian McAndrew, who previously raffled off Alex Turner’s iconic Fender Stratocaster guitar to raise money for the Sheffield Leadmill venue.

Among the iconic prizes on offer are hand-painted lyrics from Florence Welch and hand-drawn lyrics from Robbie Williams, both dedicated to the winner, the mixing desk Craig David used for his third album, a signed Eastwood bass guitar and Muzzbox tour pedal from Nick Cave and Warren Ellis, a mask FKA twigs wore on stage and much, much more. 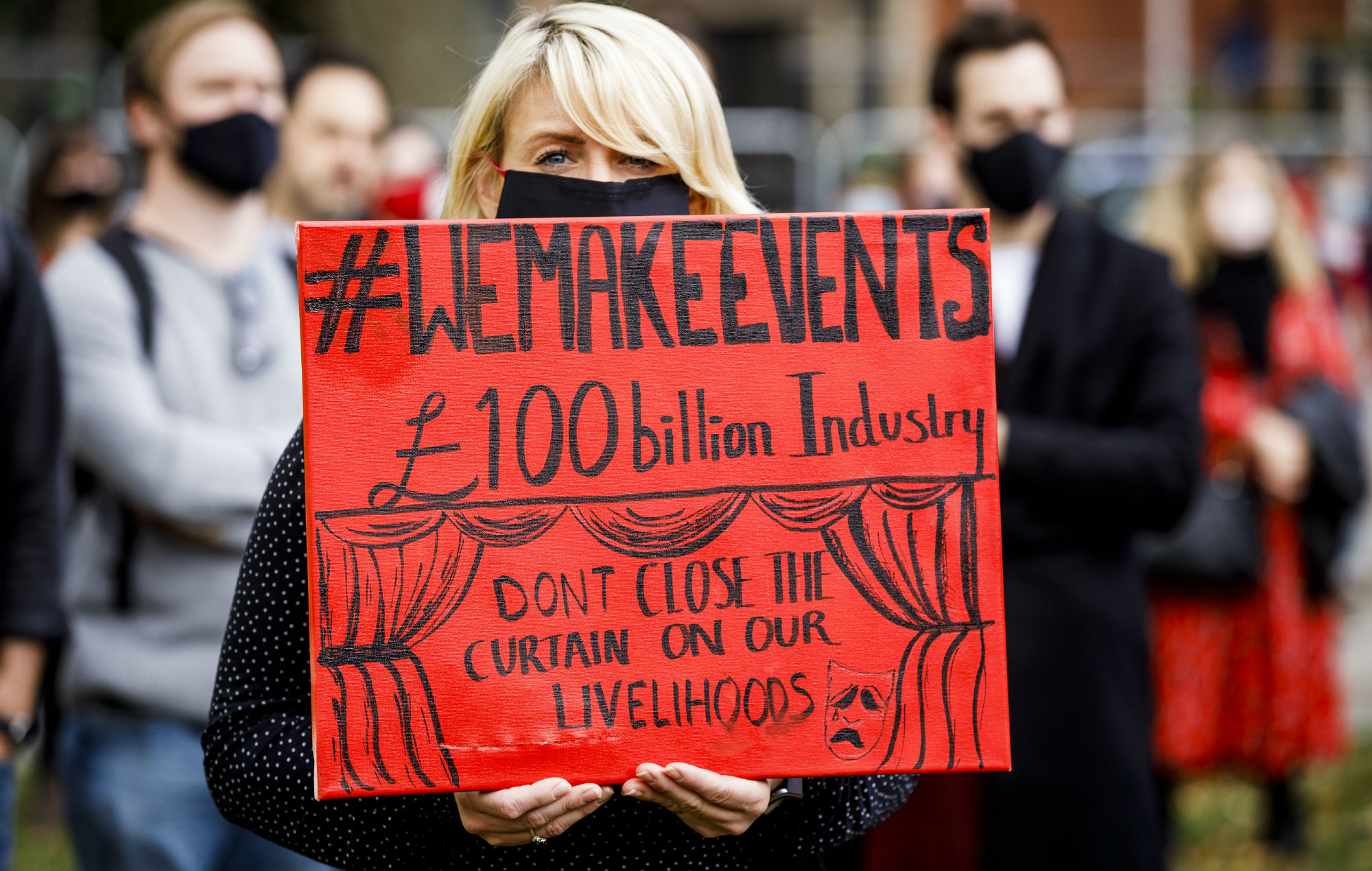 Workers from the events industry gather during the #WeMakeEvents – “Stand As One” silent protest at Parliament Square on September 29, 2020 in London, United Kingdom (Picture: Tristan Fewings/Getty Images)

Mike Lowe of Stagehand said: “We know that when live shows can take place again in financially viable ways, the industry will be extremely busy. Artists, festivals and venues just want to get back to work and the public are hungry to see live entertainment again.
“No live show of any kind can happen without the skills and expertise of the army of live events workers. I am sure that the live events industry workers who we can help, will join me and my fellow trustees in expressing our massive appreciation for making all of this happen in the most difficult and unprecedented of times.”

Despite 1,000 venues, theatres, festivals, arts spaces and organisations in England being awarded in the latest wave of £1.57billion Cultural Recovery Funding, many fear that freelance and self-employed workers and road crew are being “ignored” by the chancellor’s new Job Support Scheme.

They continue to warn of potential bankruptcy and longterm industry damage if help is not provided– with many calling for a tailor-made support package for the live music industry. The calls follow the #WeMakeEvents campaign continuing to call for government action, with #SaveOurScenes taking their protest to the streets of London in October.