Liam and Noel Gallagher have put their feud aside for a few moments to reveal the details of their new Oasis documentary – and it looks ‘biblical’.

The brothers, who have been embroiled in a blazing row for a good decade, have yet to reunite but have given us the next best thing as they celebrate the 25th anniversary of Oasis Live at Knebworth Park.

At the iconic 1996 gigs, Oasis played to 250,000 people over two days – and now fans get to experience it again with the cinema release of the documentary.

Oasis Knebworth 1996 will be in cinemas worldwide from September 23, with the doc being directed by Grammy Award-winner Jake Scott.

The Gallagher brothers will serve as executive producers, with Liam, 48, saying: ‘Knebworth for me was the Woodstock of the 90s. It was all about the music and the people. I can’t remember much about it, but I’ll never forget it. It was Biblical.’

All the more reason for a reunion, right Noel?

The new special is built around never before seen archive concert and backstage footage from the event, with additional interviews with the band and concert organisers.

It was the largest concert of the 1990s, with 2% of the population of the UK attempting to buy tickets. 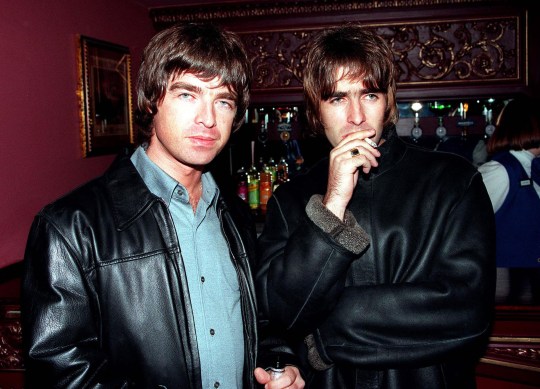 The brothers have been locked in a bitter feud (Picture: Getty Images)

Despite their huge success, Oasis split in 2009 amid a bitter feud and have never made up.

For years, fans have been calling for a reunion and, while Liam seems a little more up for it, it might be hard work convincing Noel.

Liam previously explained on The Jonathan Ross Show: ‘I think we’re both the problem and the problem is that he thinks he’s not the problem.

‘He thinks I’m both the problems. Whereas I’m just a problem.

‘I’m half the problem, whereas I can’t be having him thinking I’m the full problem. He needs to take on some of the problem. The minute he does that we’ll move on.’

Liam has also made it no secret he’s up for reforming their iconic 90s group after Noel suggested he’d only do it for £100million.

So what we’re saying is it’s not completely off the cards?!

Oasis Knebworth 1996 is released in cinemas on September 23.