MANY parents will associate World Book Day with a last-minute dash to the supermarket or raiding the dressing-up box to piece together a costume for their child to go to school in.

And while today’s is a little different, the essence of the international celebration, which started in 1995, remains the same: To get kids reading for pleasure.

David Walliams is one of the UK’s most prolific and popular children’s authorsCredit: Charlie Clift

And who knows more about that than Britain’s Got Talent judge David Walliams, one of the UK’s most prolific and popular children’s authors, having sold more than 40million books?

The comedian, dad to seven-year-old Alfred, says the best way to start is by reading TO your children, then gradually getting them to read WITH you.

David, 49, says: “Some of my fondest memories of my childhood are of being read to by my parents.

“I remember lying on my dad’s hairy chest as he read Green Eggs And Ham by Dr Seuss to me and feeling so content. 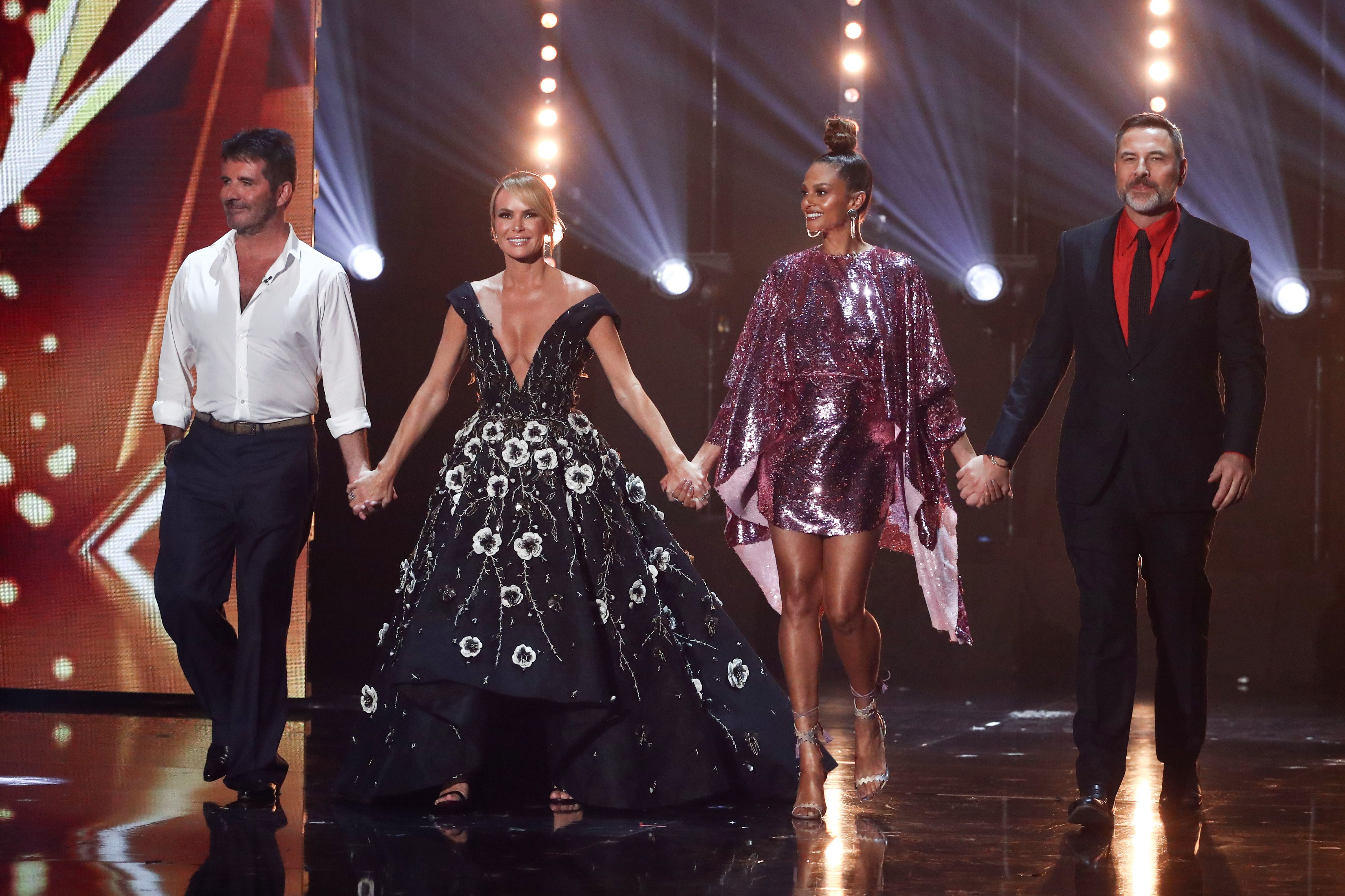 David does a lot of school visits, fitting them in when touring with BGTCredit: Rex Features

“It’s such a lyrical, slightly dreamy book and I really cherished that time with him.

“Reading to your children is one of the biggest gifts a parent can give — and they will remember it for ever.

“Of course we’re all so busy and parents have huge pressures on their time, particularly at the moment.

“But just ten minutes a day can make a massive difference to a child’s future. 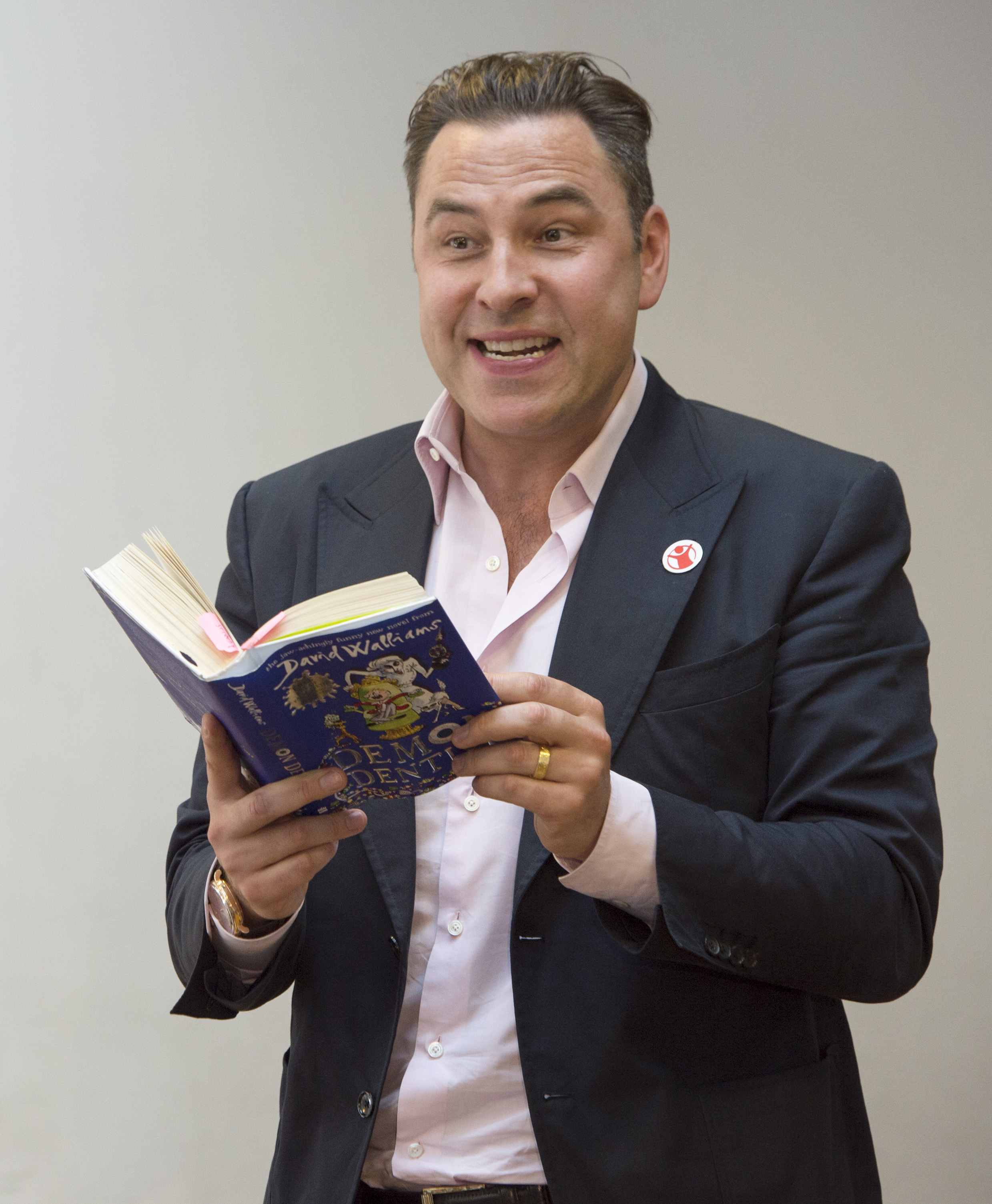 The comedian says the best way to start is by reading to your children, then gradually getting them to read with youCredit: News Group Newspapers Ltd

“Reading underpins all learning. It helps with writing, concentration and vocabulary.”

Research shows reading is the single biggest indicator of a child’s future success, more so than their family circumstances, their parents’ educational background or income.

And World Book Day, which is marked in more than 100 countries, promotes it in abundance.

Since publishing his first book, The Boy In The Dress, in 2008 — about Dennis, who liked to wear girls’ clothes — David has written 29 more, including nine picture books. 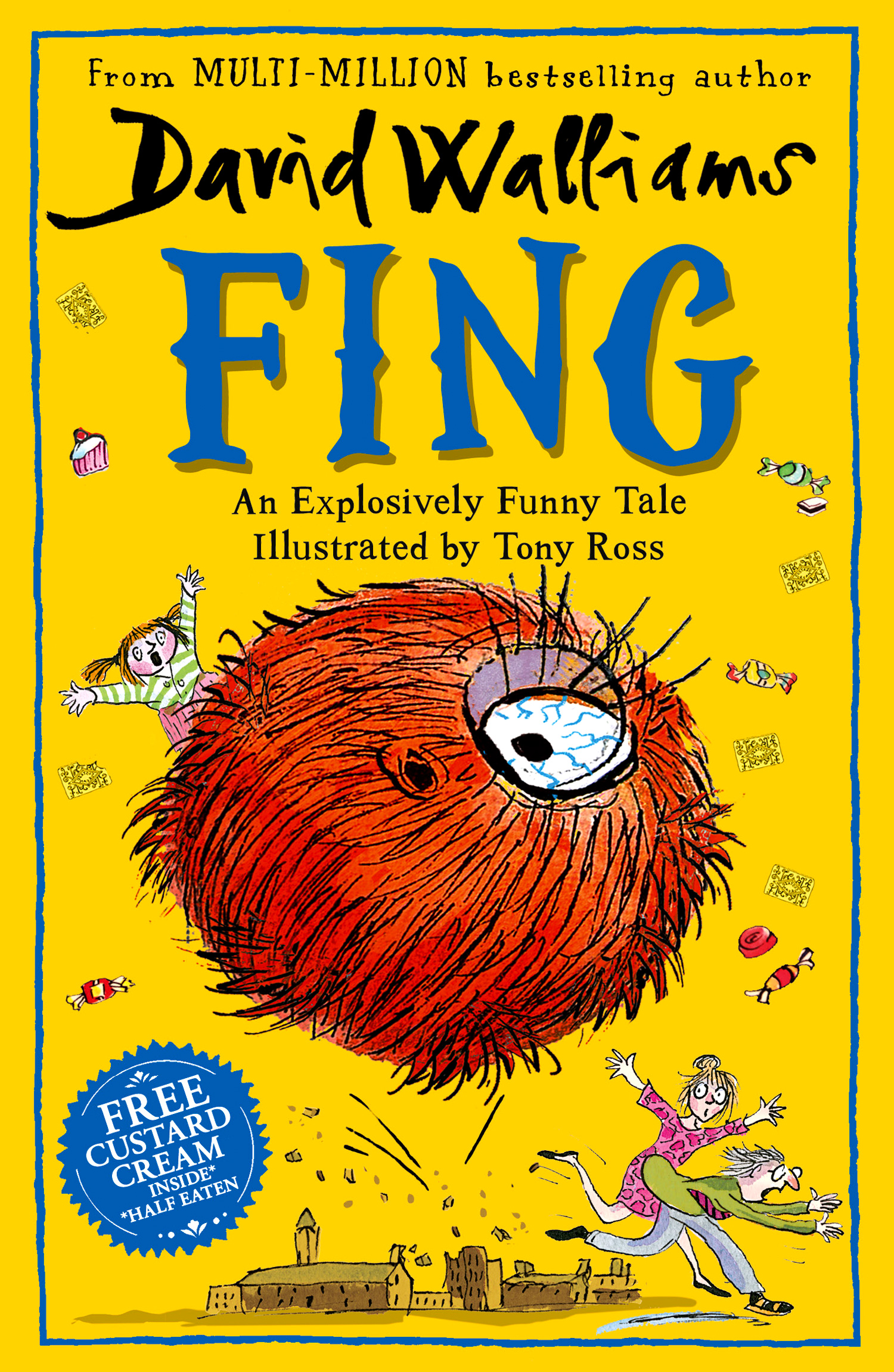 David Walliams’ Fing has just been released in paperback

In the past two years he has written four books a year.

David has captured children’s imaginations in a way many authors can only dream of, and to date has sold more than 40million books.

His tales regularly top bestseller charts, while The Beast Of Buckingham Palace and Fing have just been released in paperback.

And seven of his stories have been made into Christmas TV specials, including Gangsta Granny, The Boy In The Dress and The Midnight Gang.

As a child, David loved to read.

He says: “The Beano comic got me started and, as I got older, I loved fact books about dinosaurs because I was a bit of a nerd.

“I read Charlie And The Chocolate Factory by Roald Dahl when I was nine or ten — and that was a ‘wow’ moment. He is a legend and managed to tread a line between darkness and humour.

“I think The Twits is his funniest book. You’ve got to have some imagination to write a children’s book about an old couple who hate each other.”

David is often compared to Dahl, who died in 1990.

Like Dahl, David’s books play on children’s fears: A granny thief, a dentist who wants to steal all your teeth, an auntie who is out to nick your inheritance, burgers made from rats.

His characters aren’t supposed to behave like that . . . yet they do.

Quentin Blake illustrated the first two books but told David he couldn’t keep up with him.

If I inspire one child to do something creative, the job has been done

He recommended Tony Ross, whose work has lots in common with Quentin’s.

David passionately believes it doesn’t matter which books capture a child’s imagination, so long as they enjoy it.

He says: “Let’s not be snobby about the books children read.

“I encourage my son Alfred to read anything. It doesn’t matter if it’s a Pokemon comic he picks up at our local shop or Harry Potter And The Philosopher’s Stone by JK Rowling. Reading is reading.” 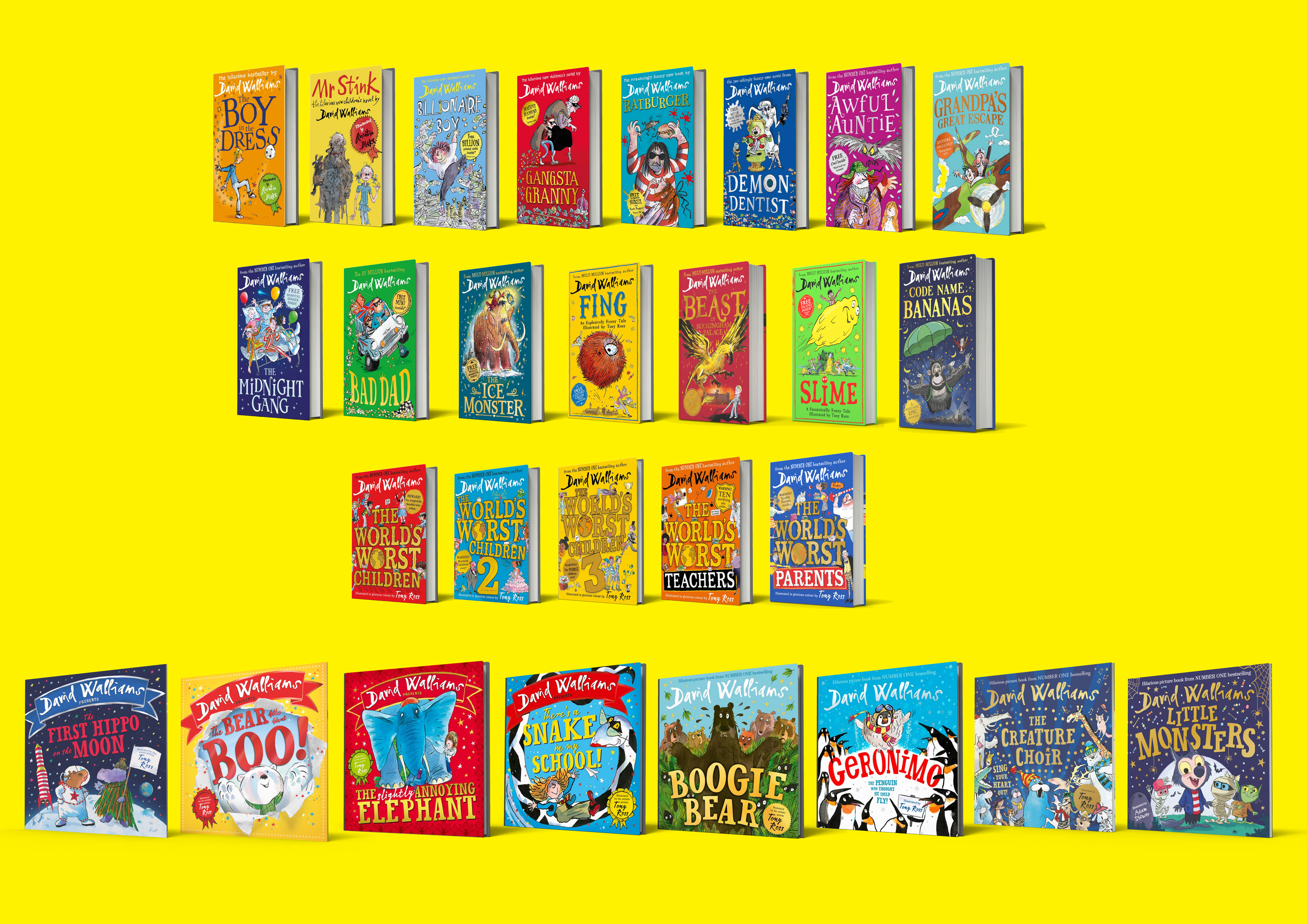 In normal times, David does a lot of school visits, fitting them in when touring with BGT.

He says: “I love to reach out to the children who think books are boring or ‘not for them’.

“If I inspire one child to do something creative, the job has been done.

“At the moment kids probably have more time than usual as they’re not able to see their friends and family. 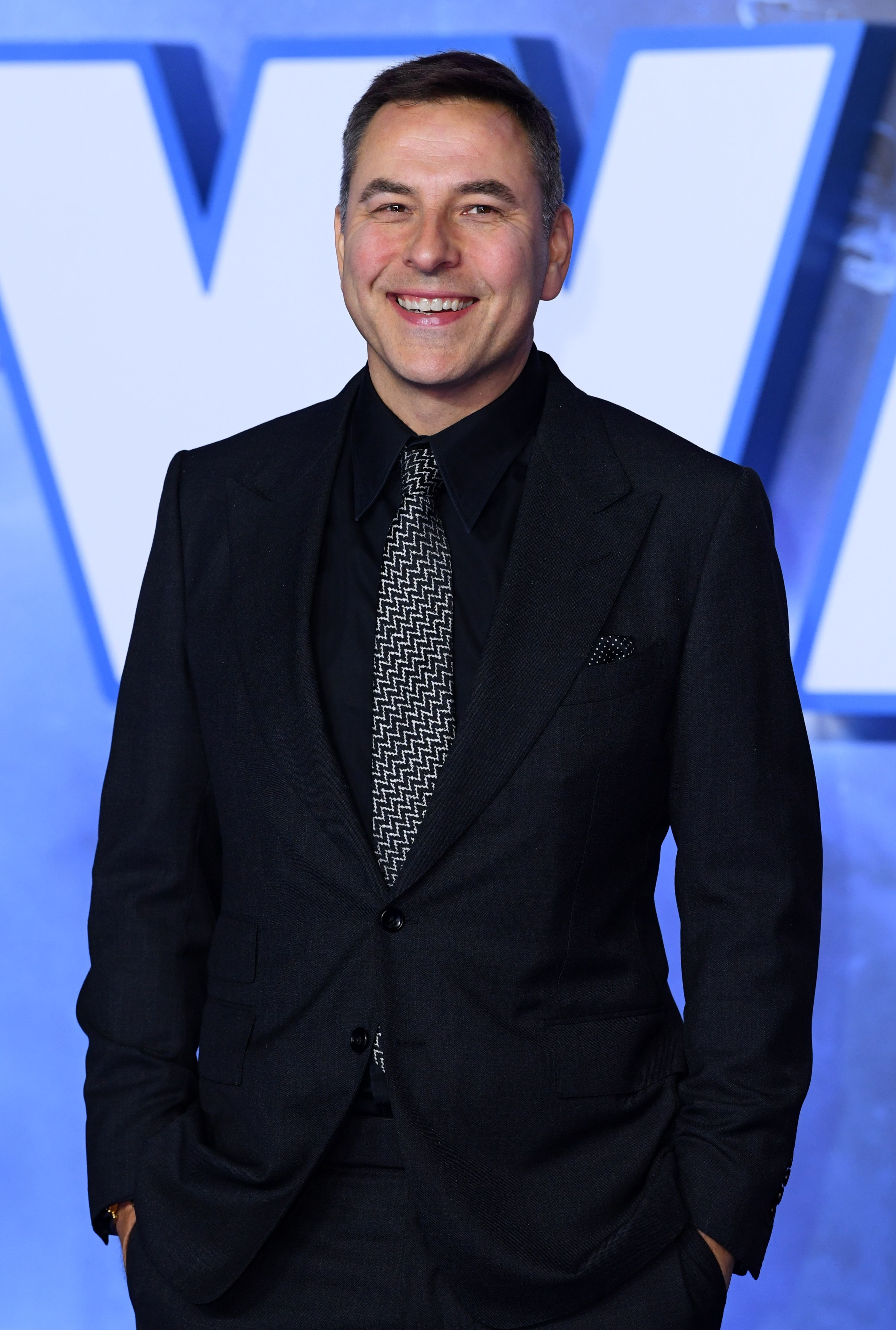 “It’s a good time to capitalise on that and try some new books.”

“There are lots of pictures and I try to be imaginative with the text and will alter the sizes and styles.

“I want the package to look as attractive as possible. Some children will be intimidated by a book with pages and pages of text, so illustrations can help to break it up. 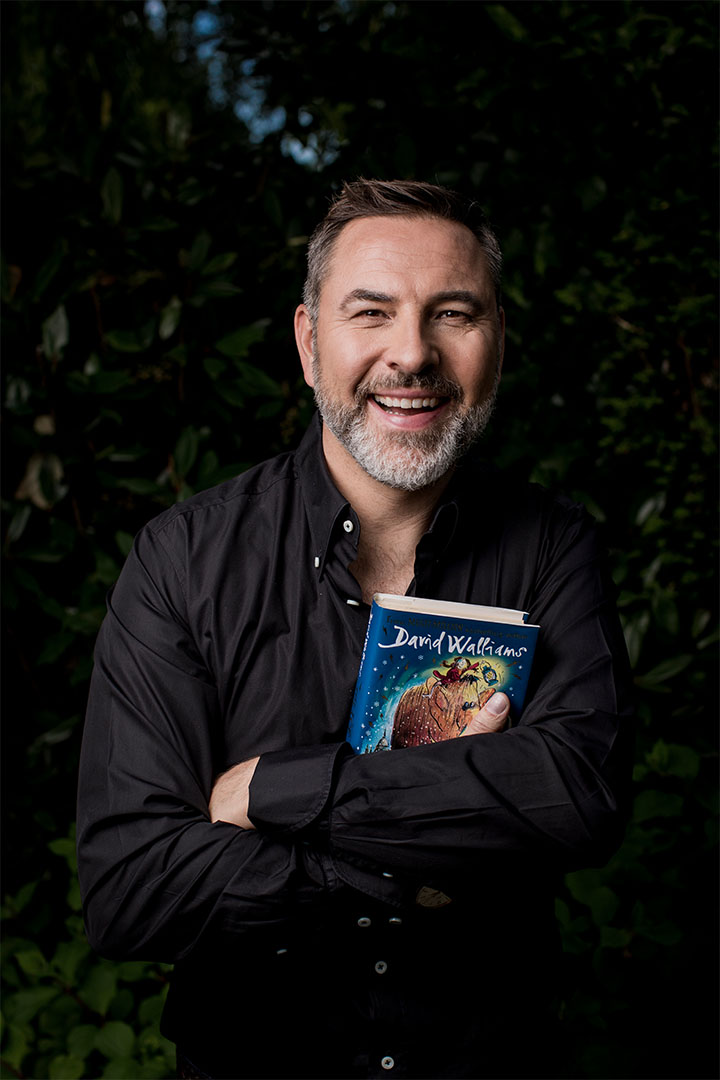 “Books such as Diary Of A Wimpy Kid, by Jeff Kinney, are ideal for children who might be put off by too much writing, as they’re full of drawings.”

He says: “I don’t think you can be a writer if you don’t read.

“I read a lot of history books and biographies but also a lot of books by my contemporaries.” 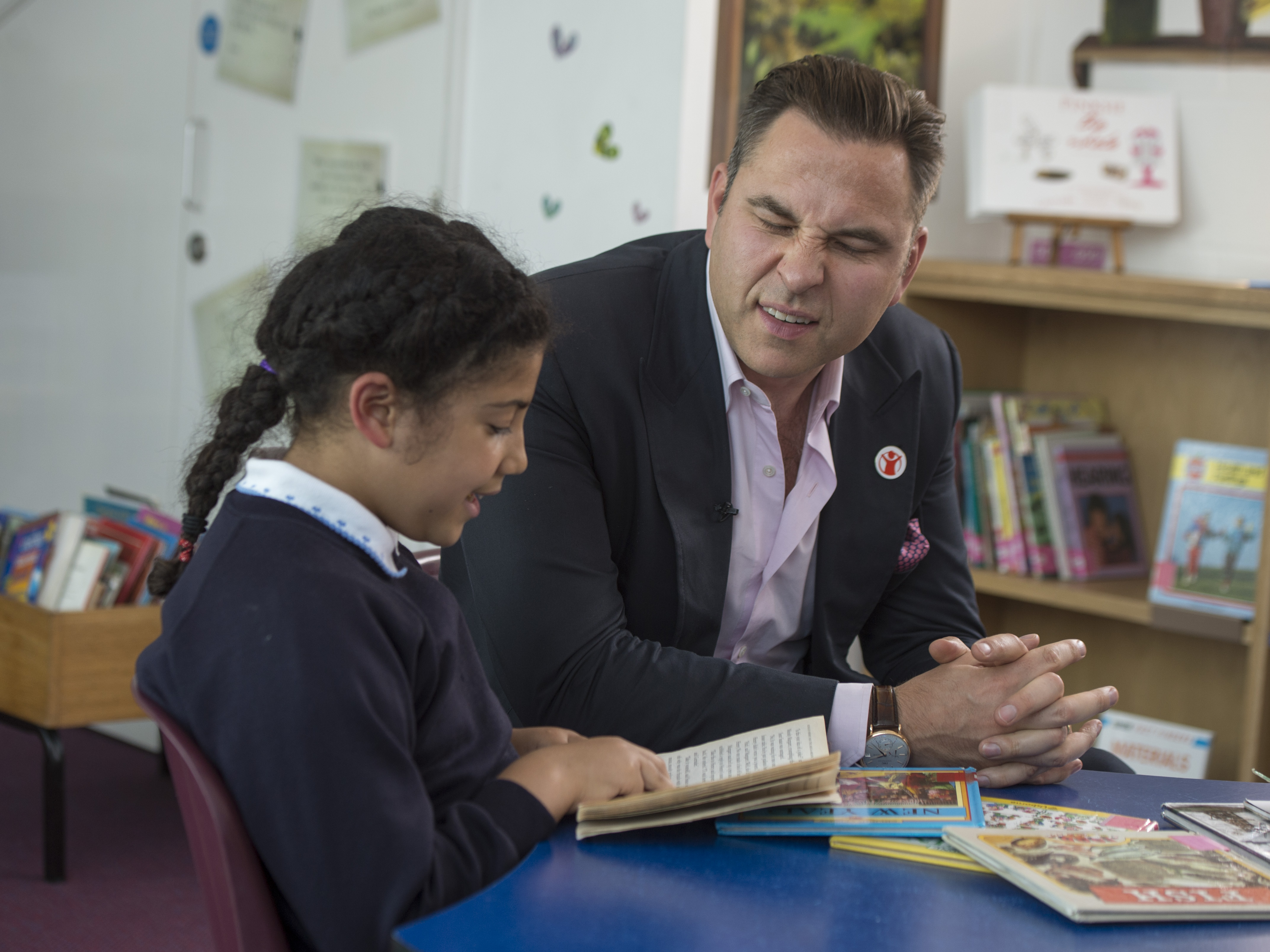 David says he loves to reach out to children who think books are boring or ‘not for them’Credit: News Group Newspapers Ltd

At the moment David has no plans to write for adults.

He says: “It’s not unthinkable that it will happen and comedians such as Stephen Fry and Ben Elton have done it very successfully.

“However, I really enjoy writing children’s books. I love the fact I can go anywhere with them.

“In grown-up books you tend not to blast off into space on a whim!

“I do enjoy thinking how to dream up incredible scenarios, and a lot of my working day is spent looking at the wall, thinking.”

David, who lives in London, has made full use of the lockdown and has written more than ever.

He says: “As a writer, it often feels as though you’ve got homework for the rest of your life. Your work is very rarely done.

“However, I feel very lucky that I’m able to do a job where I’m on my own and I’ve tried to use the time constructively.

Visit worldbookday.com to learn how £1 book tokens work. This year’s titles include:

“The Covid situation has been demoralising for many and I can understand that many people are finding that their hunger and ambition might have been dulled by their mood being lowered.

“But I’ve tried to focus on the positives.

“When writing, one of the key things is not to be disturbed too often — and keep distractions, such as notifications on your phone, to a minimum.

“I move around the house a lot with my laptop and I reward myself with a Jaffa Cake at the end of each chapter. 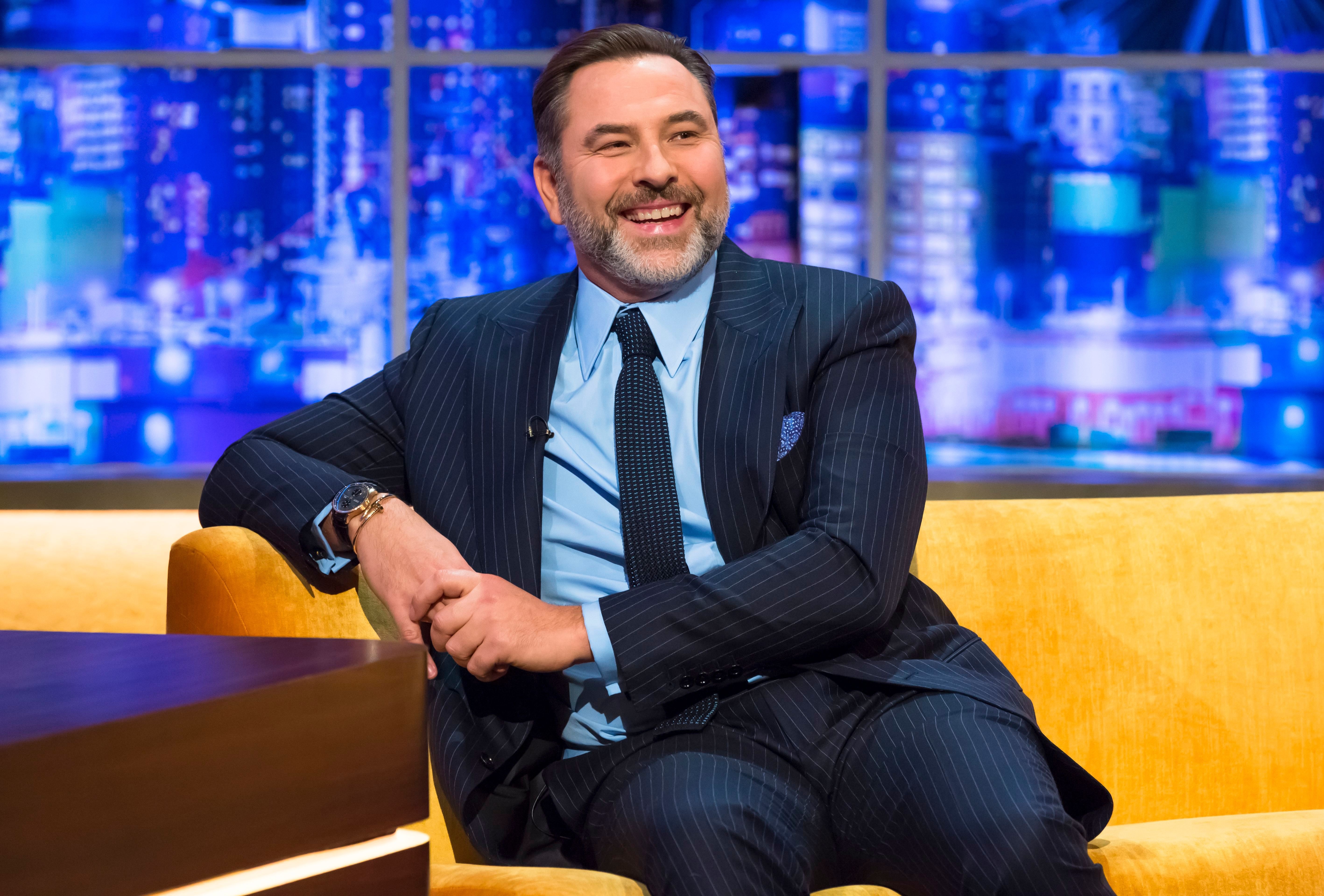 David has made full use of the lockdown and has written more than everCredit: Rex Features

“You can’t rush writing a book. If you try, it won’t be right. If I get stuck, I’ll go out for a walk and invariably an idea will come to me.”

He says: “When writing picture books, the illustrations are much more important. Every time you turn the page there has to be something new to look at.

“Although I can’t draw, I’m always thinking about what the pictures might be.” 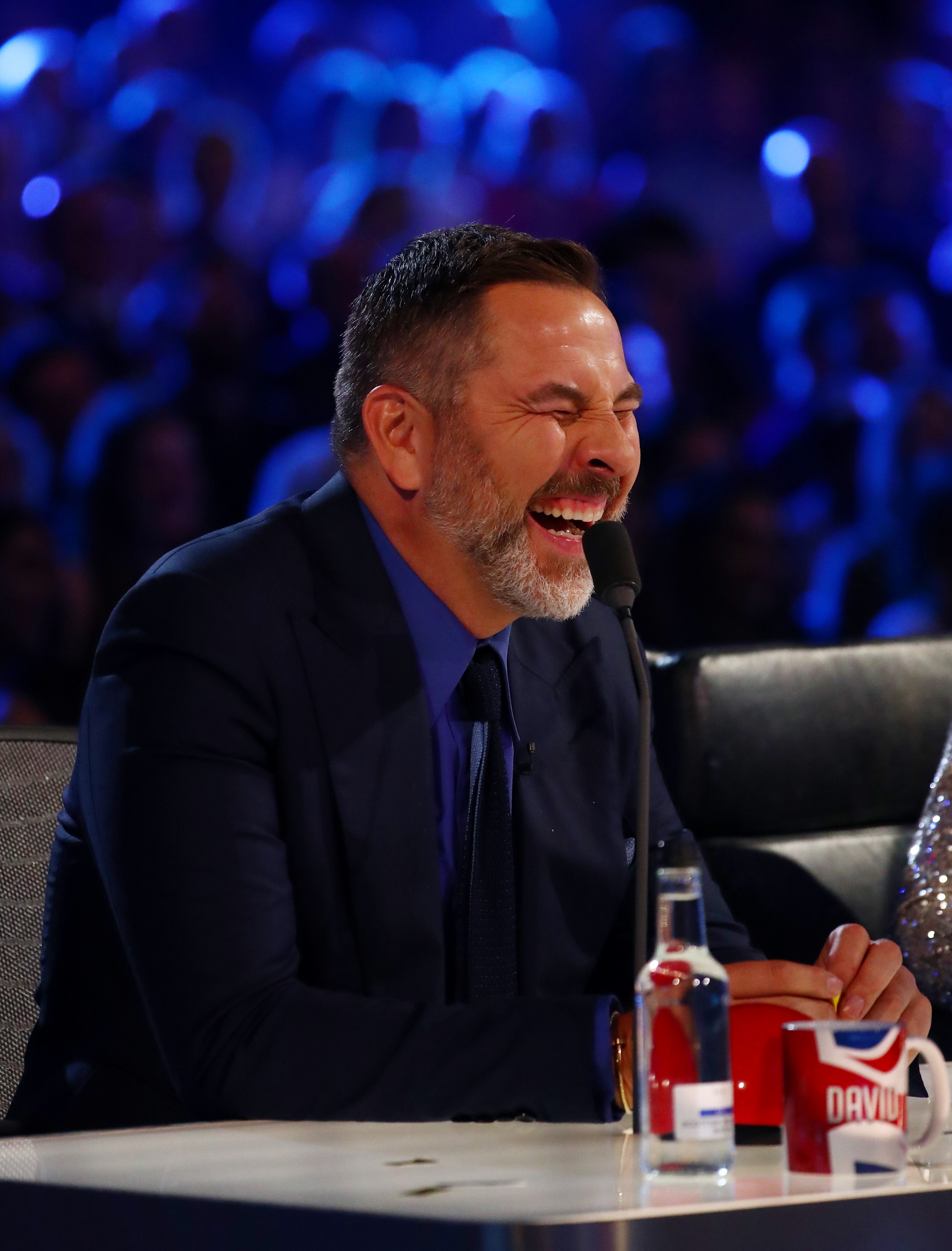 At the moment the Britain’s Got Talent judge has no plans to write for adultsCredit: Rex Features

David ensures a book is part of his son’s routine and regularly shares stories with Alfred, whom he co-parents with his ex-wife Lara Stone, 37.

David and the Dutch model divorced in 2015.

David says: “When Alfred was younger I’d make up a story for him every night.

“He’d tell me who he wanted to be in it and I’d include them.

“We’ve always read as well. One of the things I’ve enjoyed about lockdown is we’ve had more time to read together.

“Rather than reading one chapter, we might do two or three instead.

“It’s been wonderful to revisit old favourites from my childhood with him.”

What We’ll Build: Plans For Our Together Future, Oliver Jeffers

Julian At The Wedding, Jessica Love