Alanna and Jessica both remember the ending (Picture: Moviestore/REX)

Legally Blonde is a feminist classic, but it turns out it also could have been a queer classic, had an original ending made it to the final edit.

Two of the stars of the comedy, which is astonishingly 20 years old this month, have revealed that an original ending saw Elle Woods (Reese Witherspoon) holding hands with her former love rival Vivian Kensington (Selma Blair).

Screenwriters, the casting director, the costume designer, the cinematographer and stars of Legally Blonde spoke to the New York Times to mark the 20th anniversary, and Jessica Cauffiel, who played Elle’s ditzy friend Margot, recalled there was once a queer ending being considered.

She said: ‘The first ending was Elle and Vivian in Hawaii in beach chairs, drinking margaritas and holding hands. The insinuation was either they were best friends or they had gotten together romantically.’

While screenwriters Kirsten Smith and Karen McCullach said they didn’t write that ending, Alanna Ubach, who played Elle’s other bestie Serena, said she remembered it too.

Whether pen was put to paper or not, we didn’t get this queer ending in the 2001 film. 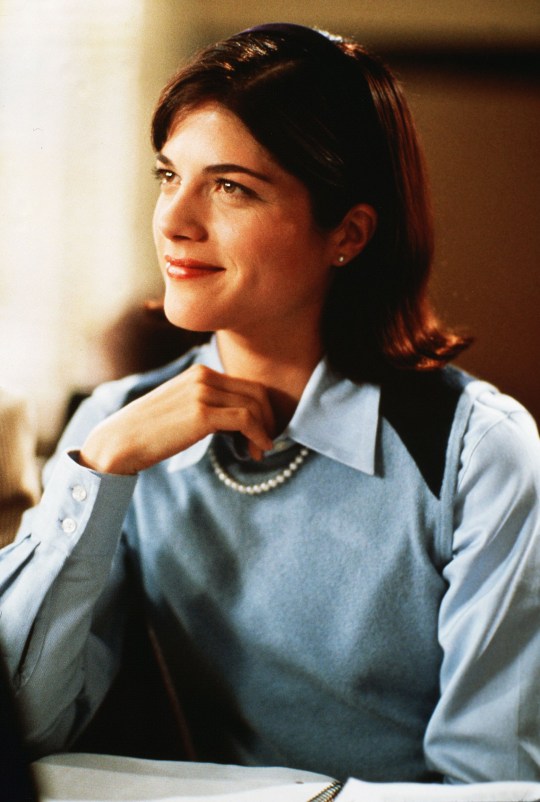 We saw her giving the graduation speech following her law degree, and captions told us that Emmett was planning on proposing that very night.

However, this wasn’t even the second choice ending, as explained by Jessica.

She said: ‘The second or third ending was a musical number on the courtroom steps, and as Elle came out, the judge, jury and everybody in the courtroom broke into song and dance. I’ve been waiting for somebody to leak that for 20 years.’

The screenwriters also revealed that one test version ended with Elle and Emmett kissing, which viewers objected to because ‘they thought it wasn’t a story about [Elle] getting a boyfriend’. 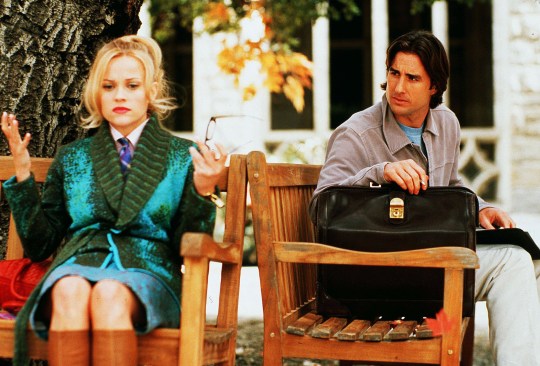 Karen McCullah added: ‘We originally cut to a year later, Elle and Vivian were good friends, and Vivian’s now blonde. They had started the Blonde Legal Defense Club and were handing out fliers in the quad because that was the ending in Amanda’s manuscript.’

Legally Blonde was based on Amanda Brown’s book, which in turn was based on her own experiences as a blonde attending Stanford Law School.

The movie told the story of Elle, a fashion obsessed sorority sister who enrols in Harvard Law School in an effort to get back her boyfriend Warner, who has dumped her.

However, while there, she realises that she has what it takes to make it as a lawyer, and ends up involved in a high-profile murder trial.

And two decades after we learned about why you shouldn’t wet your hair after getting a perm, Elle Woods is returning to our screens in a third movie written by Mindy Kaling and Dan Goor.

Legally Blonde 3 is expected to be released in May 2022.