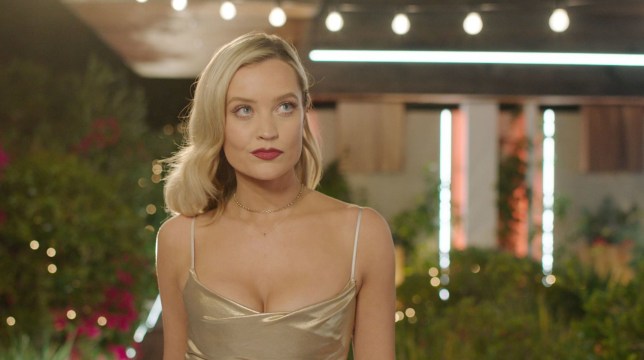 Laura Whitmore will return as the host of the dating show (Picture: ITV/REX/Shutterstock)

Love Island is officially underway as Laura Whitmore was spotted filming the all-important promo for the upcoming series.

Filming took place on Barking high street in London and Laura, 36, donned a gorgeous red jumpsuit for the occasion.

This comes just over a month after she gave birth to her and Iain Stirling’s first child.

The street was transformed into a tropical paradise, with the inclusion of an inflatable pink flamingo, mini palm trees and a huge red Jeep bearing the Love Island logo.

A crowd of people watched Laura as she strutted to a red glass box with a hammer in hand, which can be seen in a TikTok video posted by London Seen.

In another video from the same account, you can see the ITV crew filming a crowd of brightly dressed individuals, who are joyfully cheering at the camera. 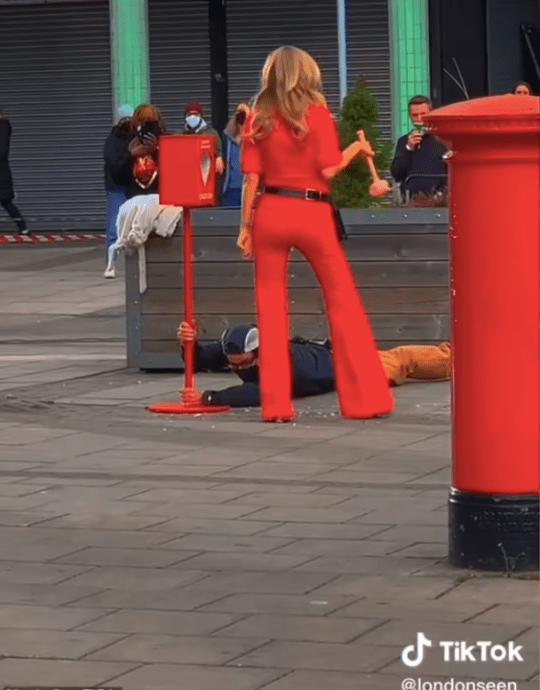 A deck chair, more inflatables and someone’s nan dressed colourfully from head-to-toe can be witnessed in the same video.

After last year’s season of Love Island was cancelled due to the coronavirus pandemic, fans of the reality dating competition are brimming with excitement over its return this summer.

It’s believed the show is set to take place in Mallorca on a Covid-secure set, although ITV is said to have a back-up villa arranged in Jersey just in case filming on the island isn’t possible due to the virus.

If the Islanders are lucky enough to travel to Mallorca for the show, they sure are going to have a ball basking in the sunshine.

Before filming commences, it’s expected that the contestants will be flown out and placed in quarantine.

It’s believed that they will each have their own chaperone to make sure that they don’t mingle with the other stars.

While the 2021 series of Love Island isn’t actually that far away, applications are still open on ITV2’s digital casting platform.

On the site, it says that ‘applications will remain open until we announce a closing date for series 7’.

Love Island is available to watch on ITV Hub.