They just can’t resist her. Khloé Kardashian’s latest bikini photo got a stamp of approval from an unexpected source — her ex-husband, Lamar Odom.

After the Keeping Up With the Kardashians alum, 37, shared an Instagram photo of herself rinsing off in an outdoor shower on Friday, July 9, the former NBA star, 41, commented, “Hottie,” adding a series of emojis to finish his thoughts: “🔥🔥😍😍❤️🥰🥰.”

The surprising comment comes just days after another of Kardashian’s exes Tristan Thompson responded to a beach photo she posted on Tuesday, July 6. The Boston Celtics player, 30, commented on the Instagram post with a series of three heart-eyes emojis.

Odom and the Revenge Body alum wed in September 2009 after one month of dating. Kardashian filed for divorce in December 2013, but after her estranged husband was hospitalized in October 2015 following an overdose that left him unconscious, she withdrew her petition so she could make medical decisions on his behalf. Their divorce was eventually finalized in December 2016.

Earlier this year, the Olympic bronze medalist admitted that he doesn’t speak to his ex-wife very often. 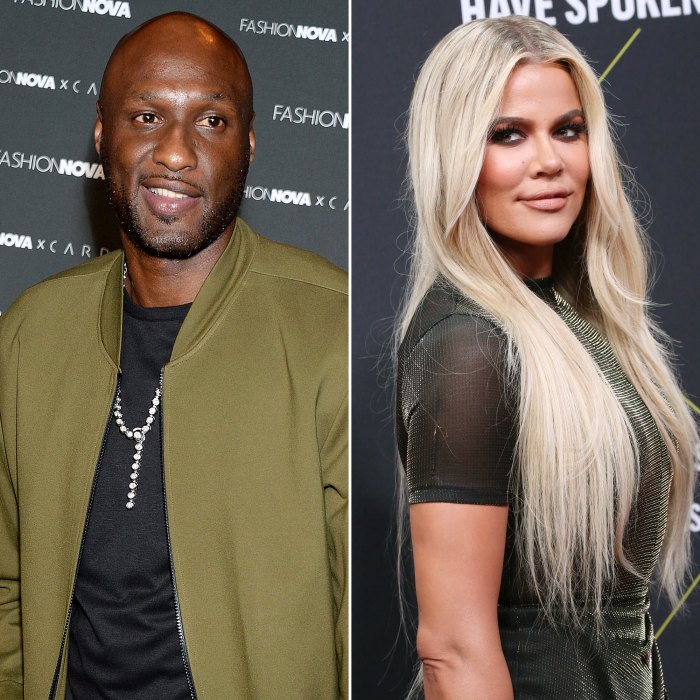 “Unfortunately, you know, due to my behavior and some bad decisions, we don’t really talk any longer,” he said during an episode of SiriusXM’s Radio Andy in May. “I miss their family tremendously. We have to live with the decisions that we make and then, hopefully in time people heal and [will] be able to forgive me.”

During the KUWTK reunion special in June, the Strong Looks Better Naked author confirmed that they don’t talk but added that she only wishes him peace.

“We’re not in touch, but I honestly wish him nothing but the best and good health,” she told host Andy Cohen. “I think we’re all really rooting for him and just want the best for him.”

She also said she has no regrets about their brief marriage and wouldn’t change it even if she could. “I loved that chapter in my life,” she explained. “Regardless of how dark and crazy that might sound, it was still just a very significant part of my life and my story, and I wouldn’t change it. It sounds crazy, but it was meant to happen and it happened.”

Before their split, the former couple starred in their own two-season KUWTK spinoff, Khloé & Lamar, which aired from 2011 to 2012. In March, Odom posted a video of himself watching old episodes of KUWTK. The fourth season of the series began with a special dedicated to the duo’s wedding.

“I’ll never forget that I got married on TV,” he admitted. “I get a little bit emotional watching it.”