Sharing her two cents. Kyle Richards revealed how she and her husband, Mauricio Umansky, felt about a recent rumor about them pumping the brakes on their marriage.

“It used to get me so upset when lies were out there about me,” Richards, 51, told Us Weekly exclusively on Thursday, October 22, while championing Annual Mammogram Day at the Bedford Breast Center. “I’m gonna get myself so worked up and so emotional. And now, I really just like — oh, my God. I can’t believe it. But this [new] one threw us for a loop. This last one, because we didn’t know [about it], I don’t have a Google alert or anything either.” 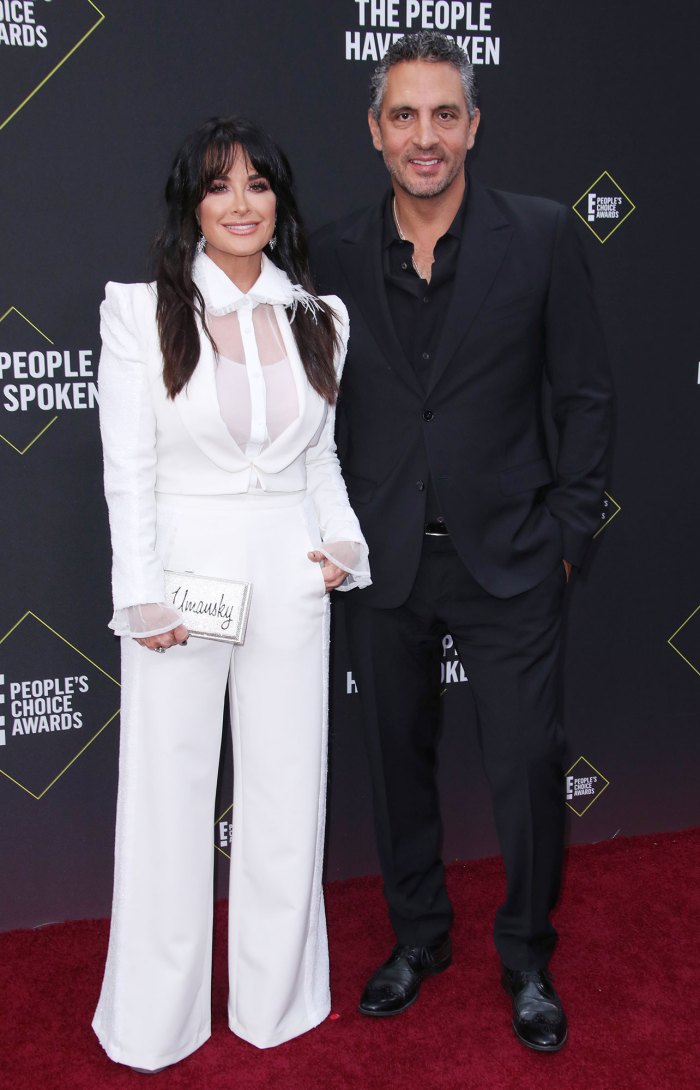 The Real Housewives of Beverly Hills star continued, “We posted a picture in Aspen together and somebody wrote in the comments, ‘I’m so glad to see all the rumors aren’t true.’ And [Mauricio] looked at me and he said, ‘What are they talking [about in] this comment?’ And I was like, ‘I don’t know. Let’s Google.’ We were like, ‘What?’ And then, like, a week later, people were texting me [and saying], ‘I hope everything’s OK. I was like, ‘Oh, my God.’”

The California native discovered that the social media rumor claimed that a West Coast-based Housewife recently split from her husband and was having an “extended ‘hot girl summer.’” Richards, however, insisted to Us that the person being described “wasn’t me.”

Richards has been married to Umansky since 1996. She was previously married to Guraish Aldjufrie, with whom she shares 31-year-old daughter Farrah, from 1988 to 1992. In addition to Farrah, Richards shares daughters Alexia, 24, Sophia, 20, and Portia, 12, with Umansky.

The reality star continued, “And I was like, ‘I’m really, like, OK, like, not, like, seeing as many people.’ And I’m like, ‘How was it that we’re married 25 years?’ And we’re still hanging out together. [It] really is amazing to me. It was a shock, but we still like hanging out together.”

Instead of focusing on baseless rumors about her marriage, Richards is setting her attention on Annual Mammogram Day at the Bedford Breast Center on Saturday, October 24. During Breast Cancer Awareness month, the Bravolebrity is partnering with her longtime breast surgeon, Dr. Heather Richardson, to raise awareness to early detection of the disease. Deserving women nominated by the Dr. Susan Love Foundation will receive a free mammogram at Bedford Breast Center.

Richards got involved in the cause because of her late mother, Kathleen Richards, who died from the illness in 2002.

“I lost my mom to breast cancer 18 years ago. So, it’s really important to me to use my platform and my voice and get out there and remind women to get their mammograms and do a self-exam every single month, because you really can save your life,” she explained to Us. “When I think about the fact that my mom did not have a mammogram for five years because she was afraid, it tortures me, you know? So, I don’t want other women to suffer like that or their loved ones to suffer too.”