“Since so many of you were speculating what I did or did not do to my face…here is your answer,” the 51-year-old captioned the first of a series of Instagram Stories as she shared a photo of her face in profile. “I fixed my nose. I broke it last September and the bone poking out bothered me. So I fixed the bone, fixed my breathing problems and refined the tip. I will always tell you guys the truth.” 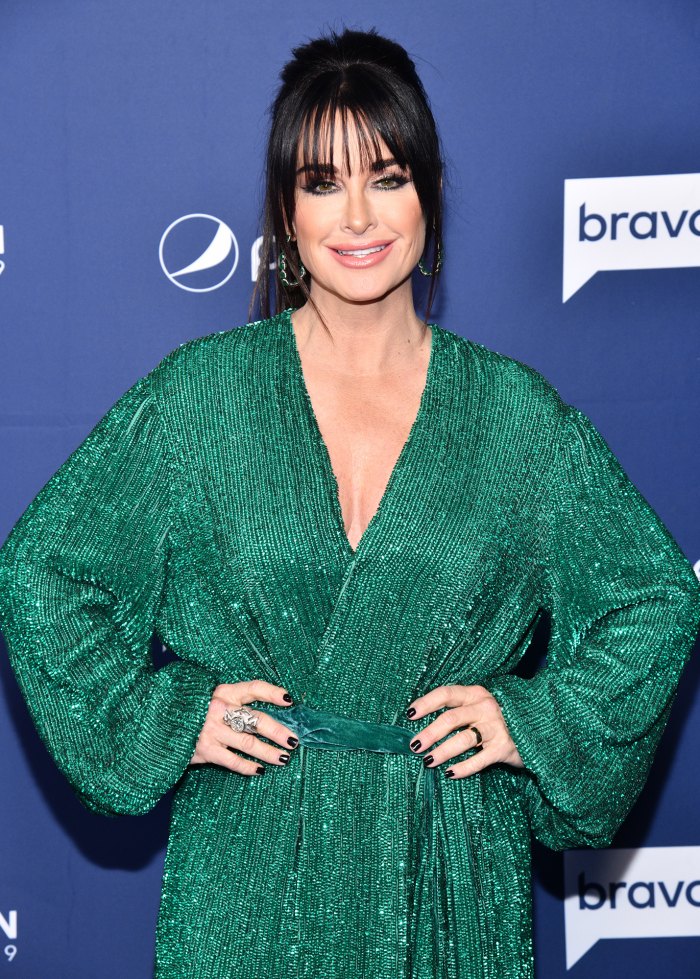 The Bravo star followed it up with more selfies, sharing one that showed some swelling on her nose and another that featured a bruise on her cheek. “This is 10 days after & still swollen which it will be for a while. Final result is actually at one year.” 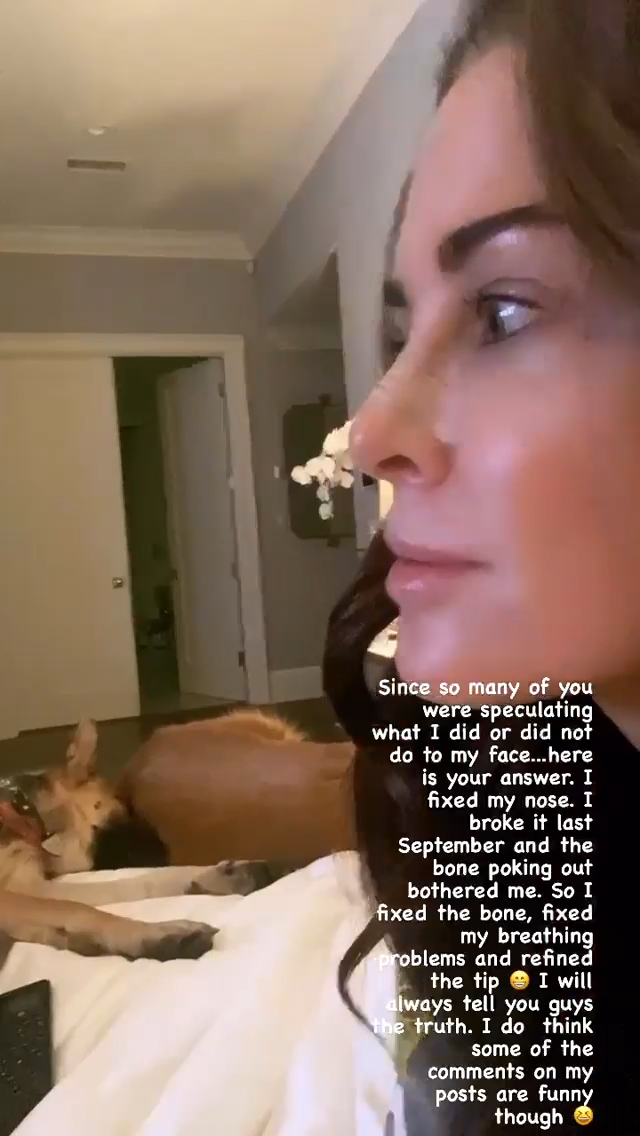 “Personally it was not painful for me at all,” she continued. “I was low key enjoying the downtime and watching movies which I never do. 5 days I stayed home.”

She admitted that her husband, Mauricio Umansky, “was nervous about me not looking like myself and even he is happy with the result. I am not quite 3 weeks post op. So it will get better with time.” 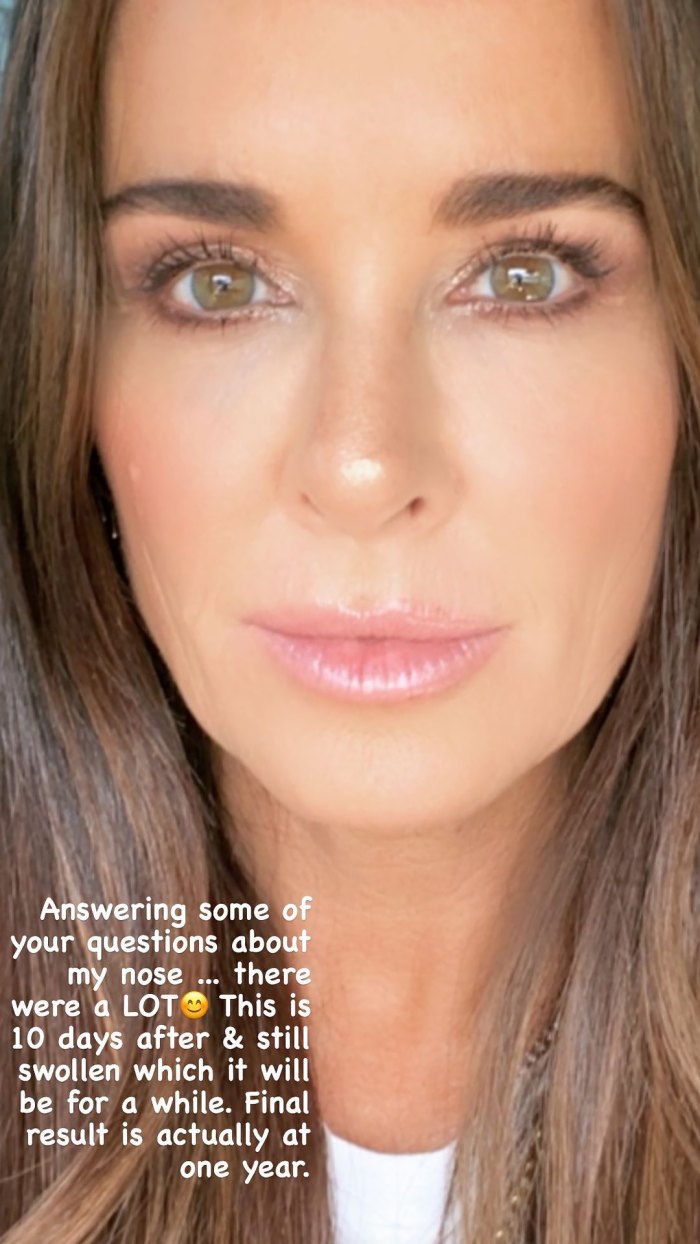 “I can breathe so well now it is a serious game changer for sleeping,” Richards added as she shared a pic of the bump where the broken bone had been and another photo with tape across her nose. “I’m supposed to tape it when possible for a little while longer. Some days it’s more swollen than others.”

The former child actress has been open in the past about going under the knife. Despite admitting that she is “terrified of needles and blood,” she previously had a nose job in 2006, telling Us Weekly in 2013 that her nose had “bothered” her “for a long time.”

In 2012, Richards had liposuction. “After having four kids, no matter what exercise I did, the love handles wouldn’t go away!” she told Us. “I’m very happy with the results!”