The gig is a promotion for Guru-Murthy, who joined the It’s A Sin broadcaster’s flagship evening bulletin in 1998.

Sharing the news on Twitter, Guru-Murthy said: ‘I’m delighted to be the new main anchor. #C4News is the best team in TV and I’m so proud to be a part of it.’

The 51-year-old had been stationed in Ukraine to report on the Russian invasion when he got the role, adding: ‘A nice night to be heading home after 3 weeks in Ukraine. It’s a great new configuration of the team by editor Esme.’

Along with Guru-Murthy, his colleagues Cathy Newman and Matt Frei have also been given shiny new positions. Newman will become Channel 4 News Investigations Editor, while Frei has been upped to the main foreign presenter.

Snow, 74, retired from Channel 4 News on December 23, after a remarkable and record-beating 32 years at the station.

During his time as the show’s longest-running presenter, Snow traveled the world to cover the news, reporting on major stories such as the fall of the Berlin Wall, the release of Nelson Mandela and Barack Obama’s inauguration. 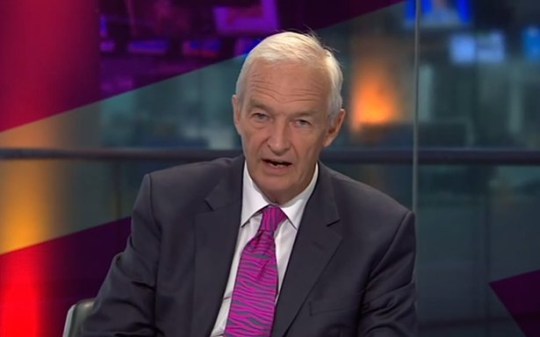 Since Guru-Murthy joined Channel 4 in the 90s, he has fronted big events from the Omagh bombing to 9/11 to the Mumbai attacks.

The journalist also reports for the foreign affairs series Unreported World and commentates on major live events for Channel 4 such as the Paralympics Ceremonies.

In the world of podcasting, Guru-Murthy fronts Channel 4 News’ show Ways to Change the World in which he interviews one guest about a seismic event that transformed their life.

Starting his TV career at the tender age of 18 at the BBC presenting kids’ programming, Guru-Murthy went on to work for Newsround and Newsnight.