KOURTNEY Kardashian’s husband Travis Barker has sparked concern from fans after he was spotted sporting a splint following an injury.

The Blink-182 drummer has yet to reveal what happened to him.

Travis Barker sparked concern from fans after stepping out with a sling on his handCredit: BackGrid 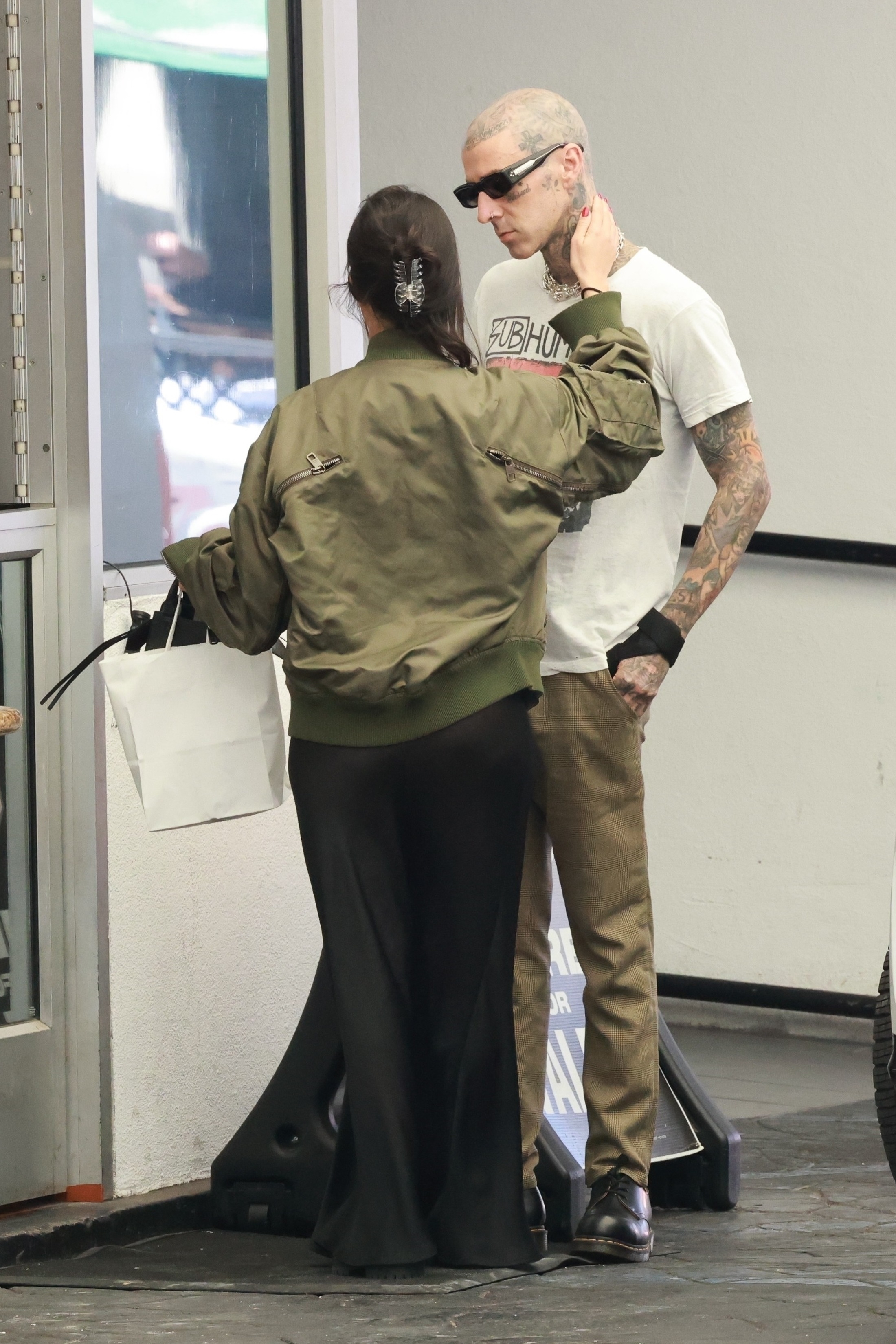 The Blink-182 drummer appears to have suffered a mystery injury, which he hasn’t addressedCredit: BackGrid

Travis, 46, was spotted out and about with the Keeping Up With the Kardashians alum in Beverly Hills, California.

During much of the outing, the duo held hands.

At one point, they stopped and Kourtney, 43, stroked her husband’s face, making the splint on his hand visible.

Travis wore the brace on his left hand along with his wedding band, occasionally tucking the hand into his pocket. 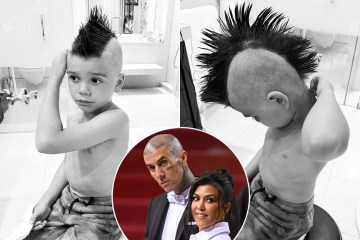 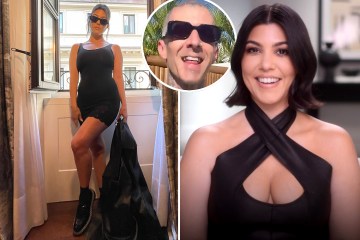 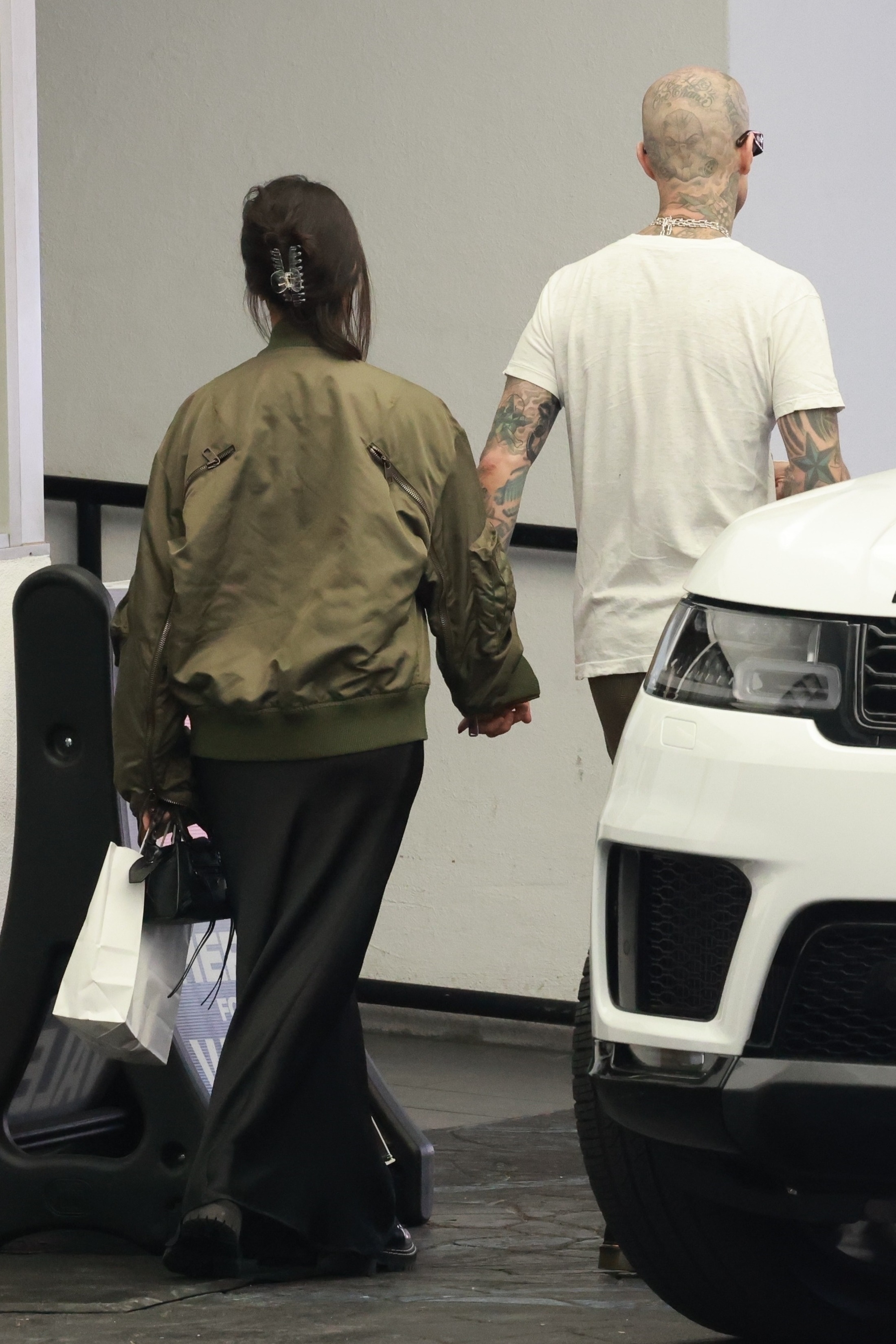 The couple packed on the PDA as the waited for their carCredit: BackGrid 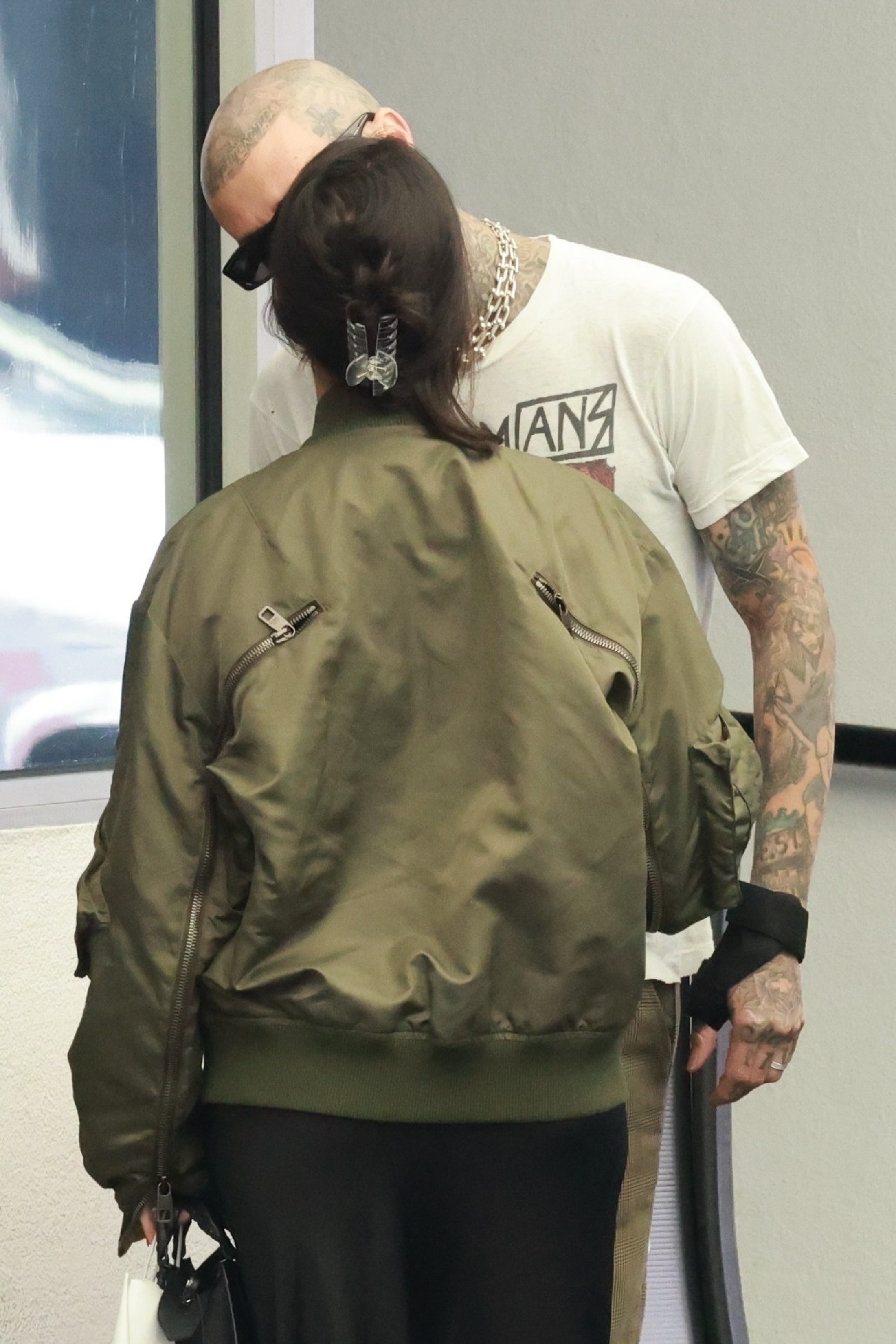 The duo held hands and even shared a smoochCredit: BackGrid

The couple kept it casual during the outing.

Travis, for his part, wore a graphic t-shirt and green slacks.

Kourtney, meanwhile, rocked a bomber jacket the same color as her hubby’s pants.

She paired the oversized jacket with a pair of black pants.

Despite the injury, Travis and his blended family appear to be in good spirits as of late.

Over the weekend, Kourtney showed off her son Reign’s new hairstyle, which appears to be a nod to his stepfather, Travis.

The tot was seen sporting a mohawk, spiked high above his head.

Reign felt the back of his neck as another photo was taken from a different angle.

Kardashian fans jumped to the comments section and claimed Reign now looks similar to stepdad Travis due to his punk hairstyle.

One fan wrote to Kourtney: “Not you turning Scott’s son into a mini-Travis Barker.”

Another mentioned: “Scott [Disick] is going to be looking at a mini Travis for the foreseeable future.”

While one added: “Now everyone has to take on Travis’ personality…”

A commentator chimed in: “Mini Travis in the making… that little mohawk.”

While another commented: Ok, Travis influencing that whole house.”

The Keeping Up With The Kardashians alum captioned the post with a “rock on” hand emoji.

Travis also has two children, Landon, 18; and Alabama, 16, with his ex Shanna Moakler.

Throughout their relationship, Kourtney and Travis have faced two main critiques.

Fans accused them of too much PDA and morphing into one another, noting a drastic change in the Poosh founder’s personal style.

Back in April, the reality star and the Blink-182 drummer were spotted holding hands while walking through Disneyland.

Kourtney seemed like a completely different person as she wore a baggy, graphic tee, loose pants with lots of pockets, chunky boots, and Mickey Mouse ears.

A TikToker put together a video of the duo being guided through the amusement park by a tour guide.

The Hulu star’s new punk wardrobe caught the attention of many fans, who were not pleased with her punkish look.

One critic said: “It’s so crazy how she changed her style now that she’s with him.”

Another added: “She doesn’t know how to wear thrasher boots

A third wrote: “What is up with her style? Does it have to match the boyfriend?” 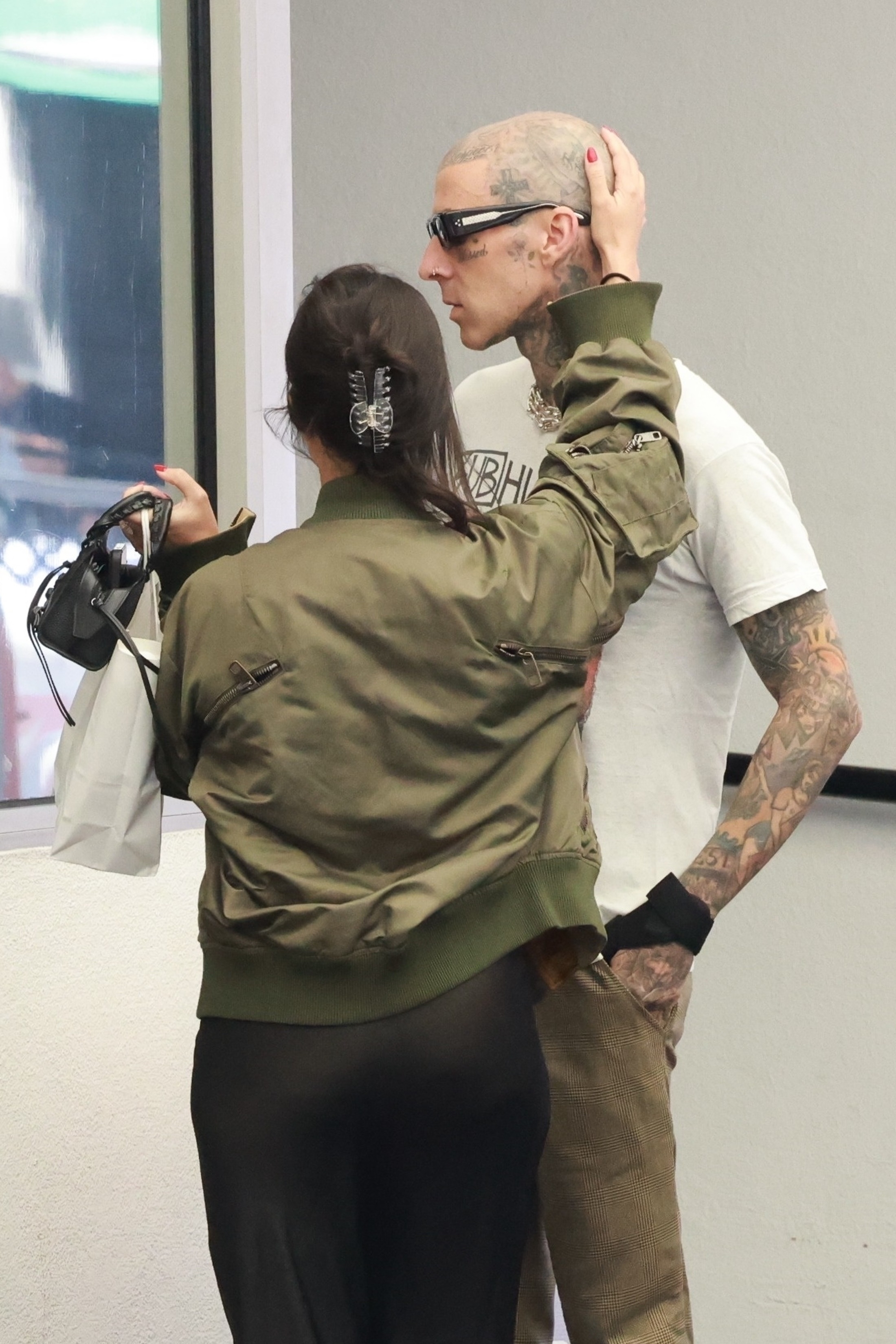 Travis was seen rocking the splint on his left hand during an outing with Kourtney KardashianCredit: BackGrid 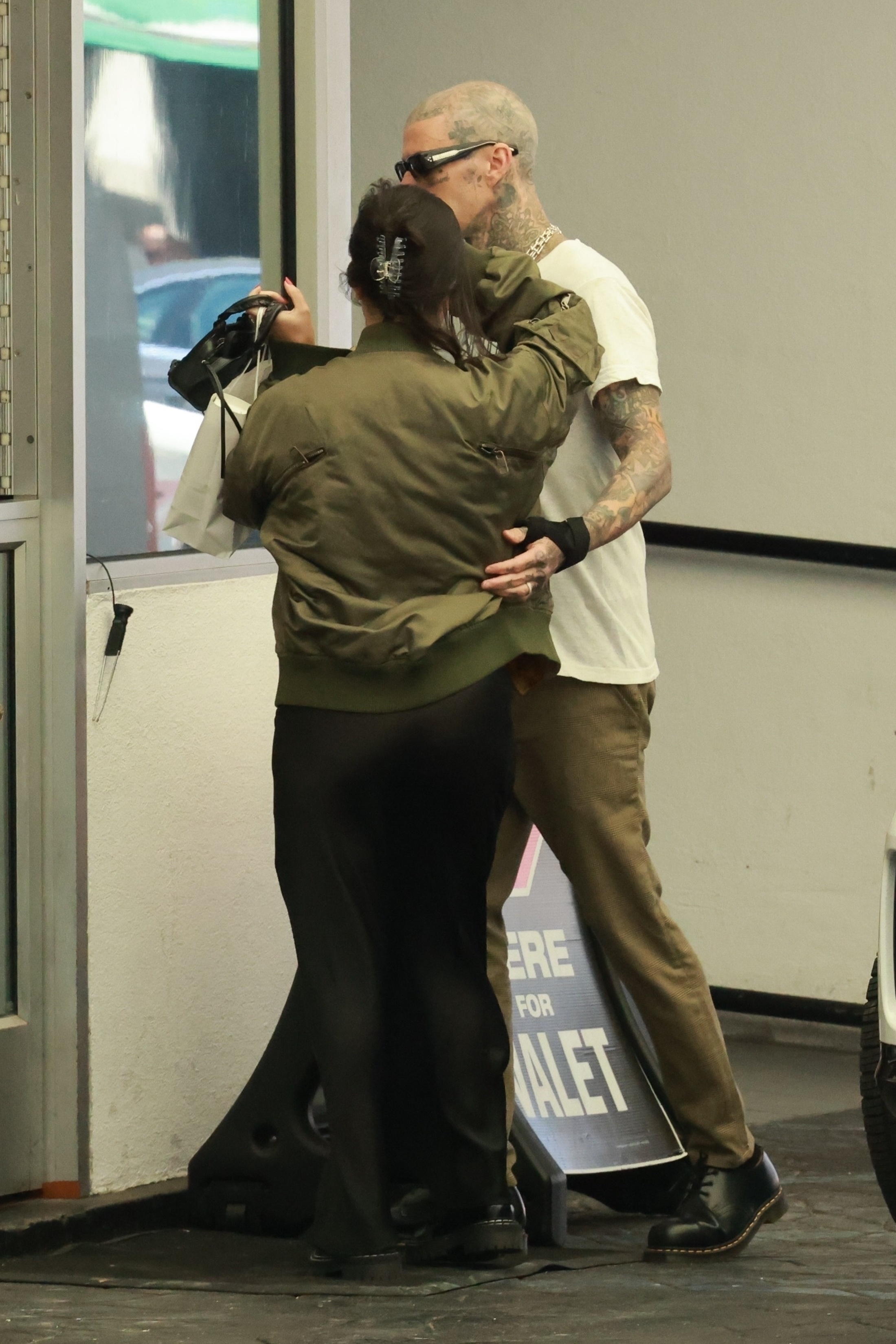 The duo held hands, kissed and strolled together in Beverly HillsCredit: BackGrid 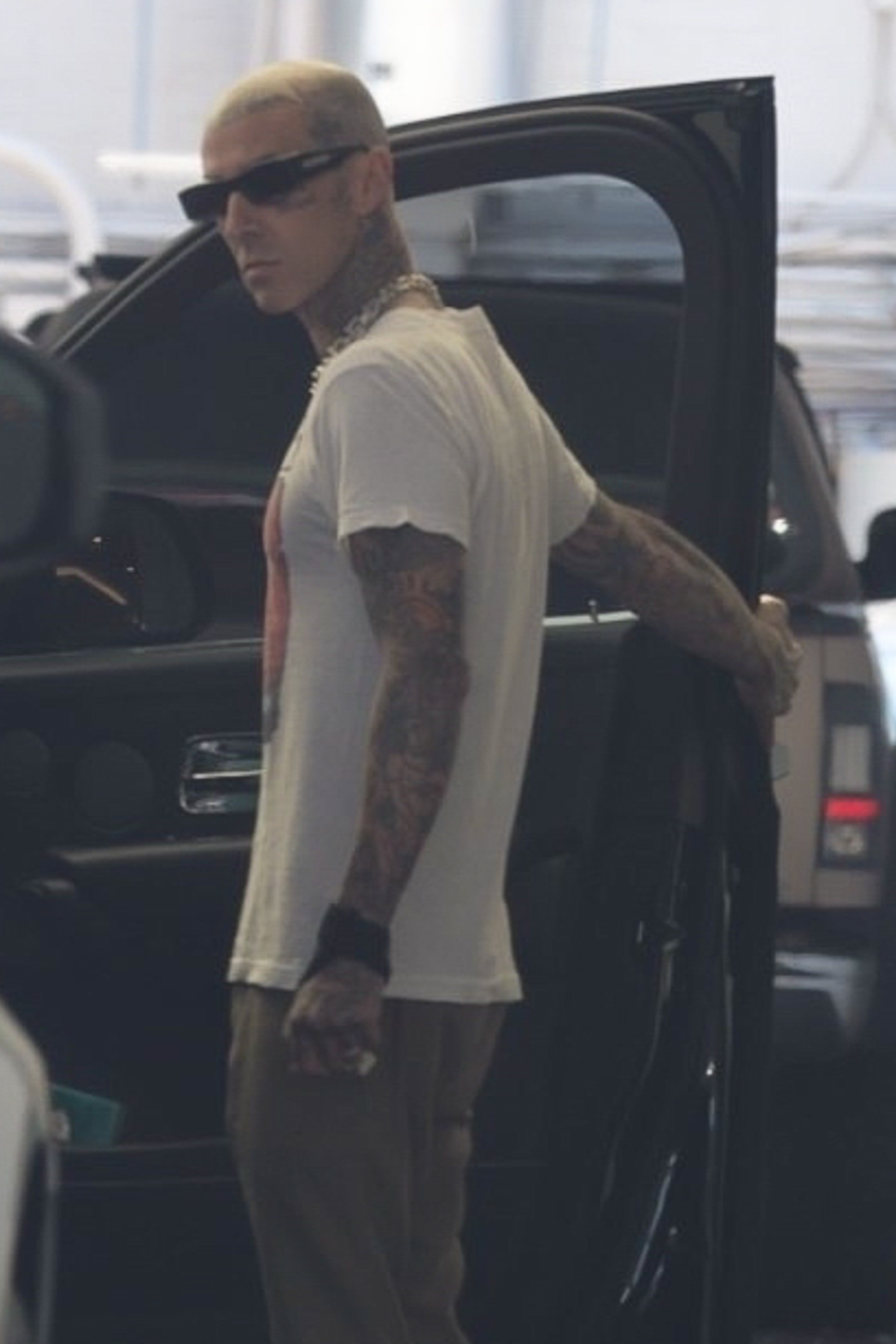 Travis appeared in good spirits despite the injuryCredit: BackGrid